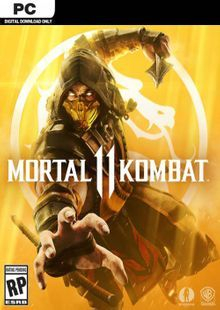 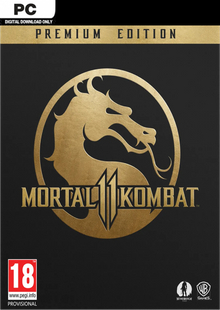 Players all start out with the same equipment and form, much of which can then be customised to suit their preferences. The appearance of the avatar has no bearing on the abilities of the character, so a player can bring all their aesthetic tastes to bear without making their avatar weaker or less capable, unlike in some other games.

There is a total of twenty-five playable characters, many with fascinating and compelling back stories, which gives every player plenty of choice when it comes to looks, aggression, defence and so on.

Time Travelling Fun
The main feature of this version of the Mortal Kombat timeline is the time travel element. This is ideal for older players who get a nostalgic glimpse into previous games, while newer players get to see old storylines rewind and work out differently. This fascinating features leads to some very different outcomes – and different outcomes than those desired by the players too!

In order to earn enough points for upgrades and access to locked areas, players might find that some grinding is necessary. Grinding is repeating tasks or going over old missions in order to gain experience points or other benefits. However, this can be enjoyable, especially repeating easier missions with new powers: old enemies are splattered with joyful ease!

Last Resort Death Knell
One new modification in this game is the introduction of Fatal Blows. These are not available all the time, only being usable once your health level as dropped to dangerous lows. They are a sort of last resort, a final flourish to attempt to get your opponent before he or she finishes you off.

The offence and defence metres are now separate, so you can boost your offence to make an attack particularly strong or you can boost defence for cunning roll-escapes or counterattacks without using up too much power. Tutorials will quickly and easily talk you through using these new features, and you’ll be fighting your way to success in no time.

Story Mode
As mentioned above, the back story for MK is now a long and complicated saga worthy of publication as a standalone book or movie. Play through the game, until you achieve one of the two official endings – or go off canon and make up your own ending!

Combat mode
Blood splashes everywhere as you just enjoy the sickening but inventive ways to paint the gore around, taking out everyone you see. Explore the open map to find targets or follow the on-screen instructions, just taking your own blood-thirsty time about it!

Krypt mode
This is more of a sub-game than a mode, and can save you some of the above-mentioned grinding. Plunder the island for treasure and other loot, smashing down walls and opening chests to retrieve gold and other valuables, which can then be used to buy customised skins, weapons and gears, secret entrances and even to modify AI behaviour in your own favour.
PostTweetShare Share with WhatsApp Share with Messenger
Community Updates
CDKeys DealsCDKeys voucher codes
New Comment Subscribe Save for later
Top comments
18th Jan
Not bad. Will grab it once it drops to about a fiver.
19th Jan

Of course, It is the PC gaming way

Thanks ! Just bought it,installed it on my £ 2k PC and I won't play it, back to watching YT and browsing redit on my 21:9 1.5k gaming monitor.which dont see much gaming lately etc.
20 Comments
18th Jan
Not bad. Will grab it once it drops to about a fiver.
18th Jan

Not bad. Will grab it once it drops to about a fiver.

Agreed. A fiver is a fair price for the deluxe edition. Its not a good enough step up from the last one to warrant paying more for the same. There's a(nother) rumoured reboot coming along soon.
18th Jan

Yeah. That is the one I am more interested in myself. But even then won't pick it up at full price. Will wait for the premium edition to hit around £20 or so. This is assuming it is a good game.
18th Jan
Toasty
18th Jan 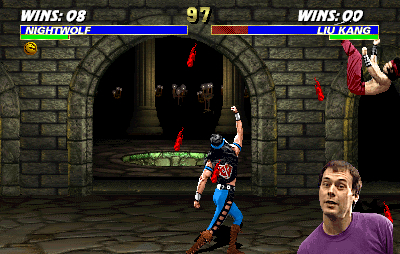 Is it ok to buy it and not play it.

Of course, It is the PC gaming way
19th Jan

Of course, It is the PC gaming way

Oh don't, all I play is risk of rain 2 and remnant atm

That risk of rain 2 looks interesting.

It's awesome with 2 or more people. Good if you like rogue-likes.
20th Jan
ohh yeah. Thanks!
20th Jan

Is it ok to buy it and not play it.

Sure. I do it all the time.
20th Jan
I never understood how the same game costs different across different platforms. Would have sprung for the game if it was on PS4. For nostalgia’s sake...
21st Jan
Great game! its pulled me away from my VR stuff for a bit... until Saints & Sinners lands on Thursday!
23rd Jan

Cheaper to publish on PC. On consoles Sony and Microsoft take a cut. Also on PC sometimes on sites we are sold keys that are meant for different regions of the world where games are cheaper as they earn less.
23rd Jan
My mate told me that buying off cd keyes is worse than stealing as it hurts developer. He was of opinion that it was better to pirate the game than buy from reseller. I bought this from cdkeyes, he will hate me now. Lol.
27th Jan

It cannot be worse than pirating. That makes no sense.
27th Jan

It cannot be worse than pirating. That makes no sense.

He says that it is. I had a massive argument over this with him. His reasoning was that by pirating the game you will eventually buy if direct from developer or not, depending on how much you liked it. When you buy from key reseller you apparently take part in a crime. Keyes are bought from black markets and Keyes are most likely stolen and acquired with stolen credit cards. He told me that criminals sell these codes in bulk to resellers like cd keyes and it hurts customer and developer more than pirating which is a way of testing the game before full legit purchase. I dont know, I have not told him that I bought mk 11 off cd keyes. If I do he will stop talking to me.