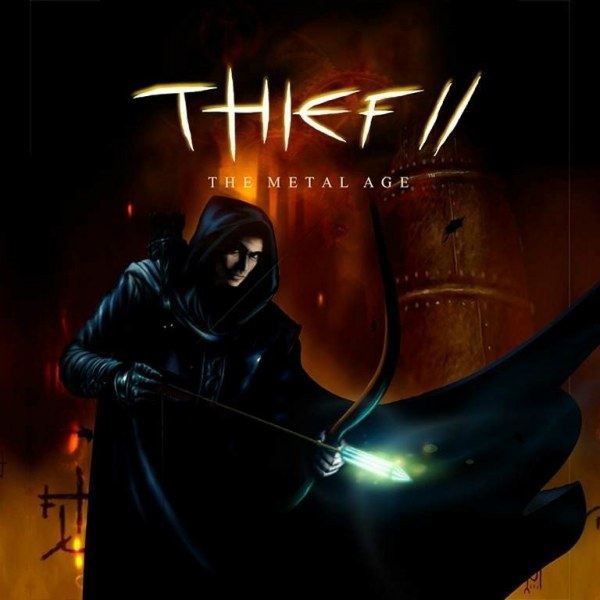 Garrett, the master thief is back. Slip through the shadows. Scout and plan ahead. Observe guard patrol patterns and make your move. Steal to survive. The choices are clear: profit or perish. Tread softly through the streets and rooftops of the city as you make your way through the huge new complex levels, full of loot to steal and guards to outsmart. Improved enemy AI, new gadgets and a riveting story will draw you into the world of Thief II: The Metal Age, a place of powerful new technologies, fanatical religions and corruption.

Key Features:
PostTweetShare Share with WhatsApp Share with Messenger
Community Updates
Greenman Gaming DealsGreenman Gaming voucher
New Comment Subscribe Save for later
5 Comments
19th May
What are you waiting for taffers? This is an absolute steal!
19th May
For an even better gameplay experience of this great game, I recommend installing the latest T2Fix 1.27c unofficial patch for Thief 2. It includes all official patches and several fan-made patches that fix the bugs in the original missions and includes NewDark, the latest update to the game's Dark Engine, which provides better support for modern operating systems and video hardware. A proviso to this patch working is that the game should not be installed in the Windows program files folder that many game installations default to.
Edited by: "Robbo11" 19th May
19th May
What a great game this was back in the day. Shame about the most recent version which was pants.
19th May

Have to agree on both scores. This game was so good, but Thief 2014 was such a let down. So many things wrong with it. They forgot what had made the earlier games so good.
19th May

I haven't played the latest thief but it wasn't made by Looking Glass Studios. As far as i'm aware, none of the original team worked on Thief 2014. It's a real shame because The original Thief games were masterpieces of game design but didn't do well enough in sales to get a publisher to support the franchise. The series was in limbo until 2014 due to legal issues regarding the ownership of the IP and stuff. Truly a tragedy - the original Thief games stand as one of the kings of the stealth genre.