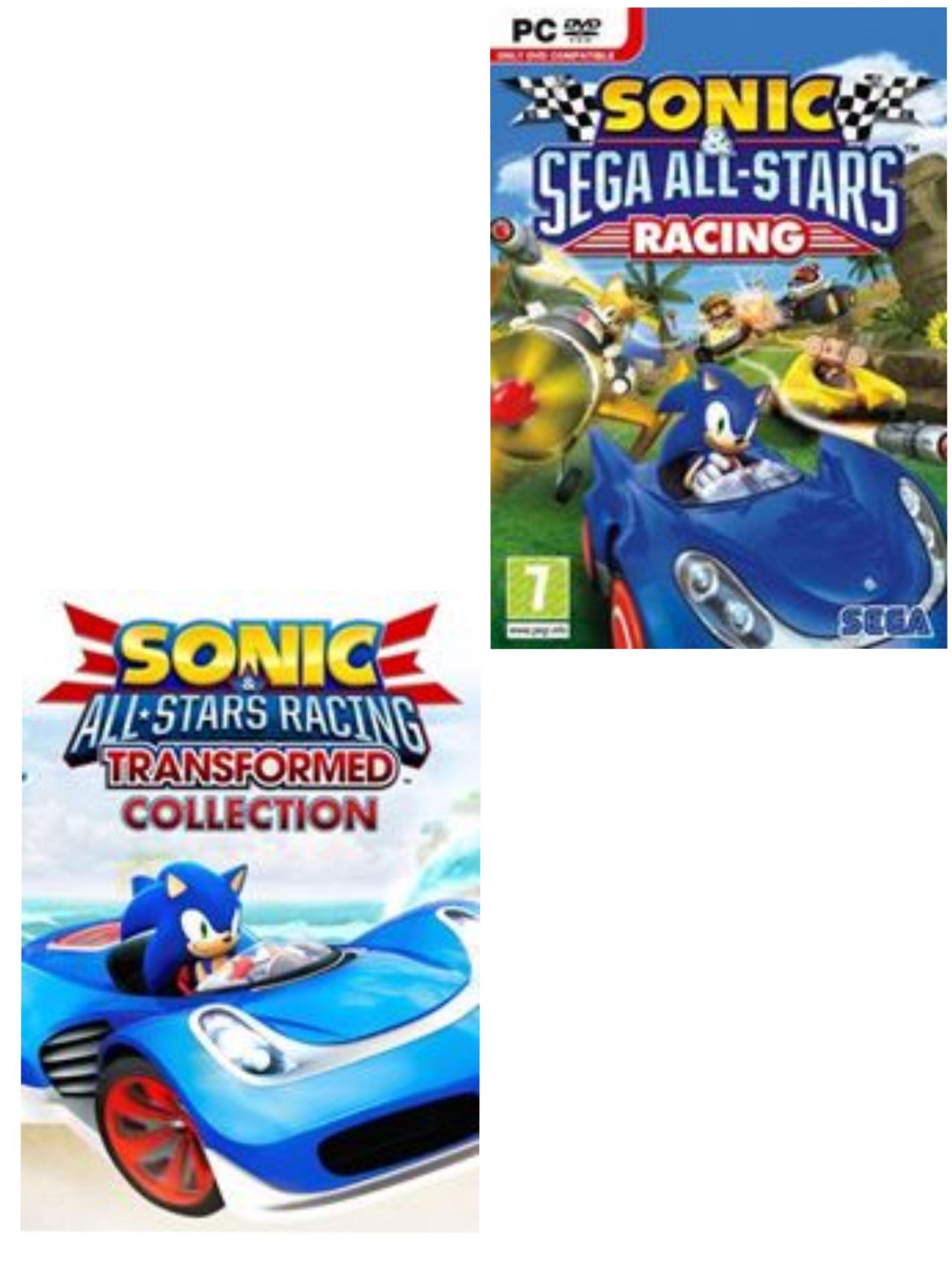 Explore stunning new circuits including Sonic Seaside Hill, Curien Mansion and Blizzard Castle as you zip around medieval castle ramparts, hurtle under
lush rainforest canopies and tear through bustling cityscapes in a frantic race to the finish line.

Jostle against a selection of 20 challengers including Super Monkey Ball’s Ai Ai, Amigo from Samba and the evil Dr Eggman in your unique character vehicle.
Stay ahead of the pack by dodging traps and launching outrageous character moves such as the invincible Super Sonic, Banana Blitz assault of monkey balls
or Tails wild Tornado - set to throw any vehicle clean in the air!

But if you’ve been battered, beaten and broken, it’s not over yet! Super-charge your vehicle with power-ups to get back
in the race and be sure to stay alert for the secret short-cuts that will give you the edge to victory.

PARTY RACING FUN
Battle it out in single player, challenge your
friends in 4 player split-screen for the ultimate track racing
showdown! Game modes include Grand Prix,
Arcade and Time Attack.

ALL YOUR FAVOURITE RACERS
Choose from 20 different characters from the
Sonic & SEGA universe including Sonic, Tails,
Aiai and Amigo.

HIGH VELOCITY VEHICLES
Every character drives their own unique vehicle
including sports cars, bikes, planes and even
a giant banana to perform bespoke special
manoeuvres!

ALL-STAR MOVES
Need to get by a competitor? Can’t overtake
a racer? Then take them out with a pick-up
weapon (missiles, mines and other obstacles)
or one of the 20 unique character moves that
allows the recipient to know who just hit them!

STUNNING VISUALS
Race over medieval castle ramparts, under
lush rainforest canopies and through bustling
city-scapes as you battle through 27 challenging
tracks from the Sonic and SEGA Universe.
PostTweetShare Share with WhatsApp Share with Messenger
Community Updates
Voidu DealsVoidu Discount Codes
If you click through or buy, retailers may pay hotukdeals some money, but this never affects which deals get posted. Find more info in our FAQs and About Us page.
New Comment Subscribe Save for later
4 Comments
16th Nov 2019
Heated great prices, these games still hold up really well and are a ton of fun, debatably better than the current Sonic Racing too!
16th Nov 2019

100% better. Transformed particularly as it got plenty of updates and had online MP. Really good if you house share / play lots of split screen
16th Nov 2019
Already had first one, bought Transformed though, cheapest I've seen. Thanks and heat added.
Edited by: "RealKickB" 17th Nov 2019
17th Nov 2019
Thanks!