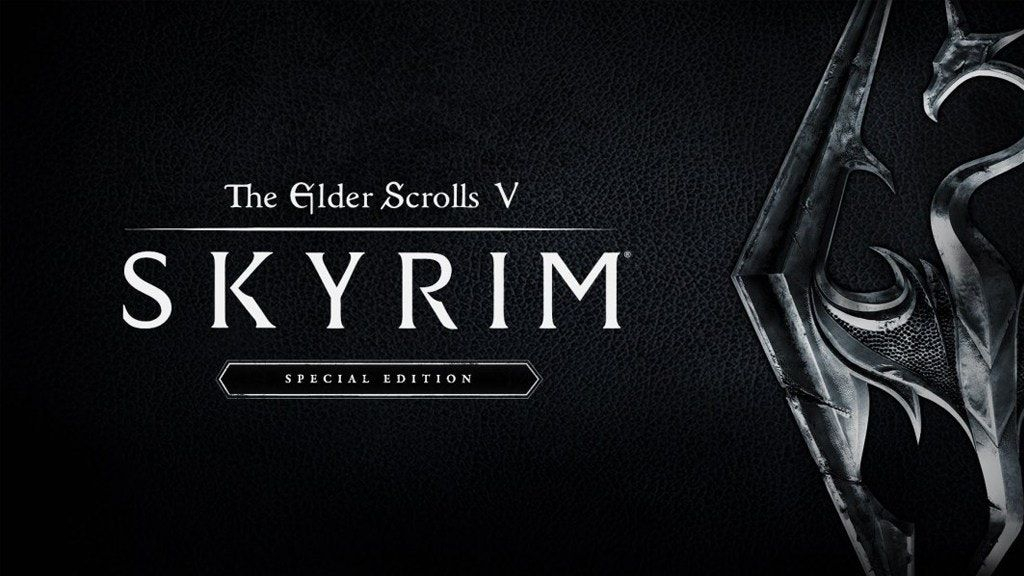 Skyrim Special Edition for PC is a remastered version of the highly popular action role-playing game from Bethesda and it represents the fifth edition of the fantasy game. The Skyrim games (the Elder Scroll series) are multi award-winning games known for their open world play, immensely detailed worlds and free-form gameplay that allow the player to drive the action, and to a certain extent, the story.

Alduin the World Eater is the central antagonist in this game, a massive dragon who is prophesied to end the world. The action takes place in the world of Skyrim, specifically in the northernmost province of Tamriel. The player must work to increase his or her characters strengths and abilities, while working their way across the map.

There is no urgency to complete the main story arc, so players can explore the whole map and focus on character building before returning to pick up the threads of the storyline and work to defeat Alduin.

The player can play from a first-person or third-person perspective, exploring the richly detailed world which includes wilderness areas, towns and cities – both large and small, fortresses and small rural villages. Players can fast travel to cover large distances quickly, or they can ride horses to explore regions fairly quickly but in detail.

While the storyline can be ignored until the player is ready to continue along that path, some quests do rely on the story having progressed a certain amount, so players might need to dip in and out of narrative play if they want to solve quests in a certain order.

You can, if you want to, race to complete the story arc to ensure that all the areas are unlocked, and then go back and do some explorations.
Whichever way you choose to play, the game is highly deserving of many hours’ attention as you explore, quest and battle your way through the intensely detailed land.

The Importance of Being NPC
NPCs (non-playing characters) are largely interactive and players can choose to befriend, romance and marry, fight with and even kill them. Some NPCs are important to the storyline and cannot be killed until they have played their part, while others can be killed, but their death then locks some of the content from the player: clues and information that they would have offered the player being inaccessible after their demise.

Behaving in an immoral way – killing NPCs etc – can rachet up your infamy, and putting a bounty on your head. Should you be stopped by guards when there is a price on your head, you can be jailed, pay a handsome fine (or bribe) in gold to prevent this, or you can resist arrest, running away and evading the guards.

This last action will, however, trigger a vigorous pursuit on the part of the guards, and may make life a bit exciting for your character until they can get out of their range.

Three DLCs for You
The Special Edition comes with access to three DLC story arcs, as follows:


Join or resist the Vampire uprising. Lord Harkon, a vampire lord, wants to use an Elder Scroll to darken the sun, thereby allowing vampires to roam the world freely, at any time, night or day


Perfect for those who love crafting, this DLC lets you build yourself a home, from a basic one-room shack, all the way up to the most sumptuous mansion. Using crafting stations and work benches to your hearts’ content, and then, once your home is ready, adopt some children to make the house into a real home


Travel off the Morrowind to the island of Solstheim where you will meet your deadliest adversary ever: the Dragonborn. The Dragonborn have the body of mortals but the souls of Dragons and they are thought to be the only beings who can defeat Alduin. The fate of the world (and yourself) lies in the outcome of this encounter!
PostTweetShare Share with WhatsApp Share with Messenger
Community Updates
GamersGate DealsGamersGate voucher codes
If you click through or buy, retailers may pay hotukdeals some money, but this never affects which deals get posted. Find more info in our FAQs and About Us page.
New Comment Subscribe Save for later
3 Comments
28th Nov 2019
Wish the PS4 version would drop this cheap. Heat added for PC players
Edited by: "gallytoor" 28th Nov 2019
28th Nov 2019
doesn't appear to be available anymore...
28th Nov 2019

doesn't appear to be available anymore...

You're right - but it seems to still be available here:
gamebillet.com/the…ion