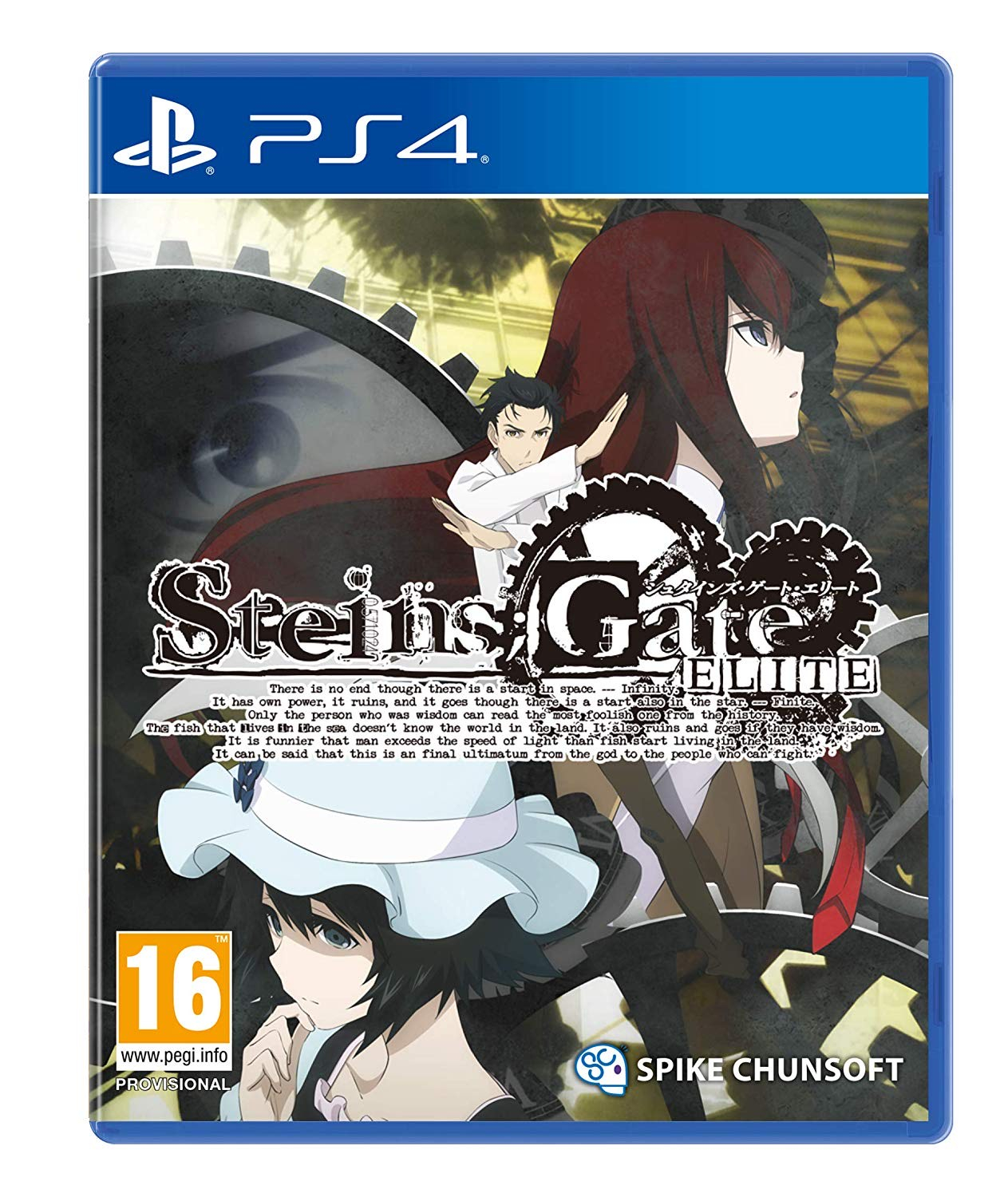 Got very excited when I saw it was £5.99, but forgot about GAME’s disgusting delivery charges, still the cheapest it’s been as far as I’m aware.

About the STEINS;GATE series

In 2009, 5pb. and Nitroplus created the award-winning science-fiction, interactive visual novel known as STEINS;GATE. Since then, the series has spawned a manga, drama CDs, a movie, a live action stage play, and an anime, including an upcoming anime STEINS;GATE 0, and is loved by fans worldwide.

Now, as STEINS;GATE ELITE, the game is fully remastered with animated scenes from the anime, creating a brand new, immersive experience. Follows a group of young, tech-savvy “lab members” who discover the means of changing the past via e-mail using a modified microwave. Their experiments in pushing the boundaries of time begin to spiral out of control as they become entangled in a conspiracy surrounding SERN, the organization behind the Large Hadron Collider, and John Titor, who claims to be from a dystopian future.

KEY FEATURES
Fully Animated Adventure – Indulge in all the beautiful animation from 24 episodes of the STEINS;GATE anime.
A New Way to Time Leap – Experience the world of STEINS;GATE with this remastered, ultimate version that features newly animated sequences for certain endings.
Branching Storylines – Every choice you make has its own consequence, shifting the world line closer or farther from reaching 1% divergence, providing a multitude of animated endings.