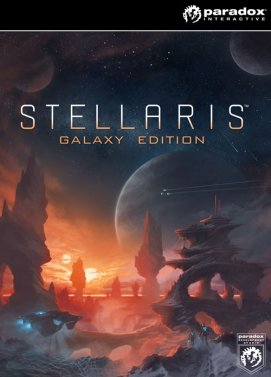 Stellaris was released in 2017 by the masters in the grand-strategy genre Paradox. The game promised to bring a mix of what they had learned in all their years in the genre with something new to spice things, and so it did.

Stellaris is a grand-strategy 4X game with some heavy RPG influences, which are clear especially in the early-game, where the player decisions during the creation phase make all difference in what direction they should follow. The game was initially criticized for its mid-game not being as interesting as early and late game, but Paradox kept updating the game with both free and paid content updates (there's a new DLC coming next month, Federations) and the base game definitely isn't the same as it was on release.

Players that have been intimidated by other games in the grand-strategy genre don't need worry too much about getting lost in Stellaris. Paradox made sure that it would feature their most friendly UI and approachable designs to newcomers and they managed to do it right. So if you never played a massive 4X grand-strategy game, Stellaris could very well be your introduction to this world.

The Galaxy Edition doesn't come with any in-game DLC; instead, it has plenty of digital goods, including the Digital OST that includes 2.5 hours of the original score, composed by Andreas Waldetoft, an exclusive cosmetic alien race, a collector's book that tells more of the creative process behind the game design and artstyle, an ebook by Steven Savile, a signed wallpaper and finally, an exclusive avatar and icon to be used in the Paradox' forums.
PostTweetShare Share with WhatsApp Share with Messenger
Community Updates
Instant Gaming Deals
New Comment Subscribe Save for later
3 Comments
28th Feb
Easily one of the best games I have ever played. Make sure you do the tutorials.....boring but once you get a handle on the game it is awesome!
28th Feb
Torpedo corvettes ftw
29th Feb
Worst of all the grand strategies. But a nice way for new players to catch the grand strategy bug