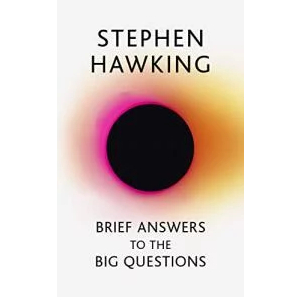 This book is currently at its lowest price since eReaderiQ started tracking it.

Stephen Hawking was the most renowned scientist since Einstein, known both for his groundbreaking work in physics and cosmology and for his mischievous sense of humor. He educated millions of readers about the origins of the universe and the nature of black holes, and inspired millions more by defying a terrifying early prognosis of ALS, which originally gave him only two years to live. In later life he could communicate only by using a few facial muscles, but he continued to advance his field and serve as a revered voice on social and humanitarian issues.

Hawking not only unraveled some of the universe’s greatest mysteries but also believed science plays a critical role in fixing problems here on Earth. Now, as we face immense challenges on our planet—including climate change, the threat of nuclear war, and the development of artificial intelligence—he turns his attention to the most urgent issues facing us.

Will humanity survive? Should we colonize space? Does God exist? These are just a few of the questions Hawking addresses in this wide-ranging, passionately argued final book from one of the greatest minds in history.

Featuring a foreword by Eddie Redmayne, who won an Oscar for playing Stephen Hawking, an introduction by Nobel Laureate Kip Thorne, and an afterword from Hawking’s daughter, Lucy, Brief Answers to the Big Questions is a brilliant last message to the world.

Amazon UK - 4.6/5 (342 ratings)
Goodreads - 4.30/5 (19,371 ratings)
PostTweetShare Share with WhatsApp Share with Messenger
Community Updates
Amazon DealsAmazon discount code
If you click through or buy, retailers may pay hotukdeals some money, but this never affects which deals get posted. Find more info in our FAQs and About Us page.
New Comment Subscribe Save for later
3 Comments
18th Nov 2019
Thank you zioman. I heard a truncated version of this book on BBC Radio 4 earlier this year and I thought it sounded brilliant. Heat added
18th Nov 2019
...it would be nice to have it on Audible read by Thee Man himself
18th Nov 2019