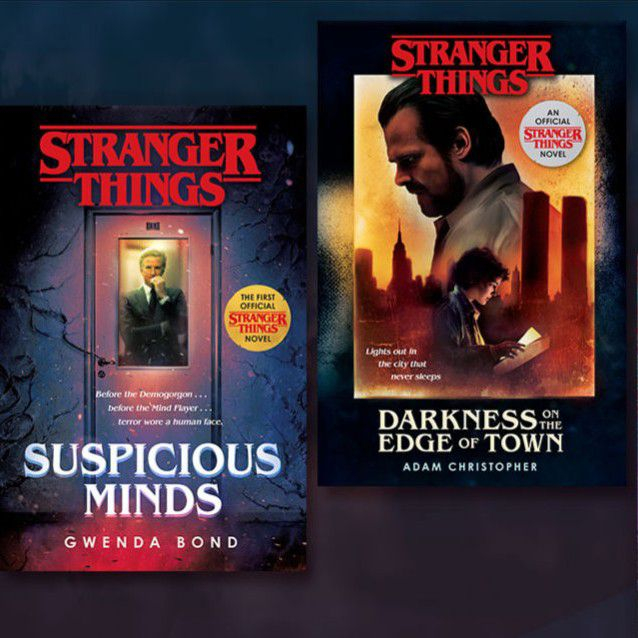 The first two official Stranger Things hardback novels spotted in The Works for £6 each. 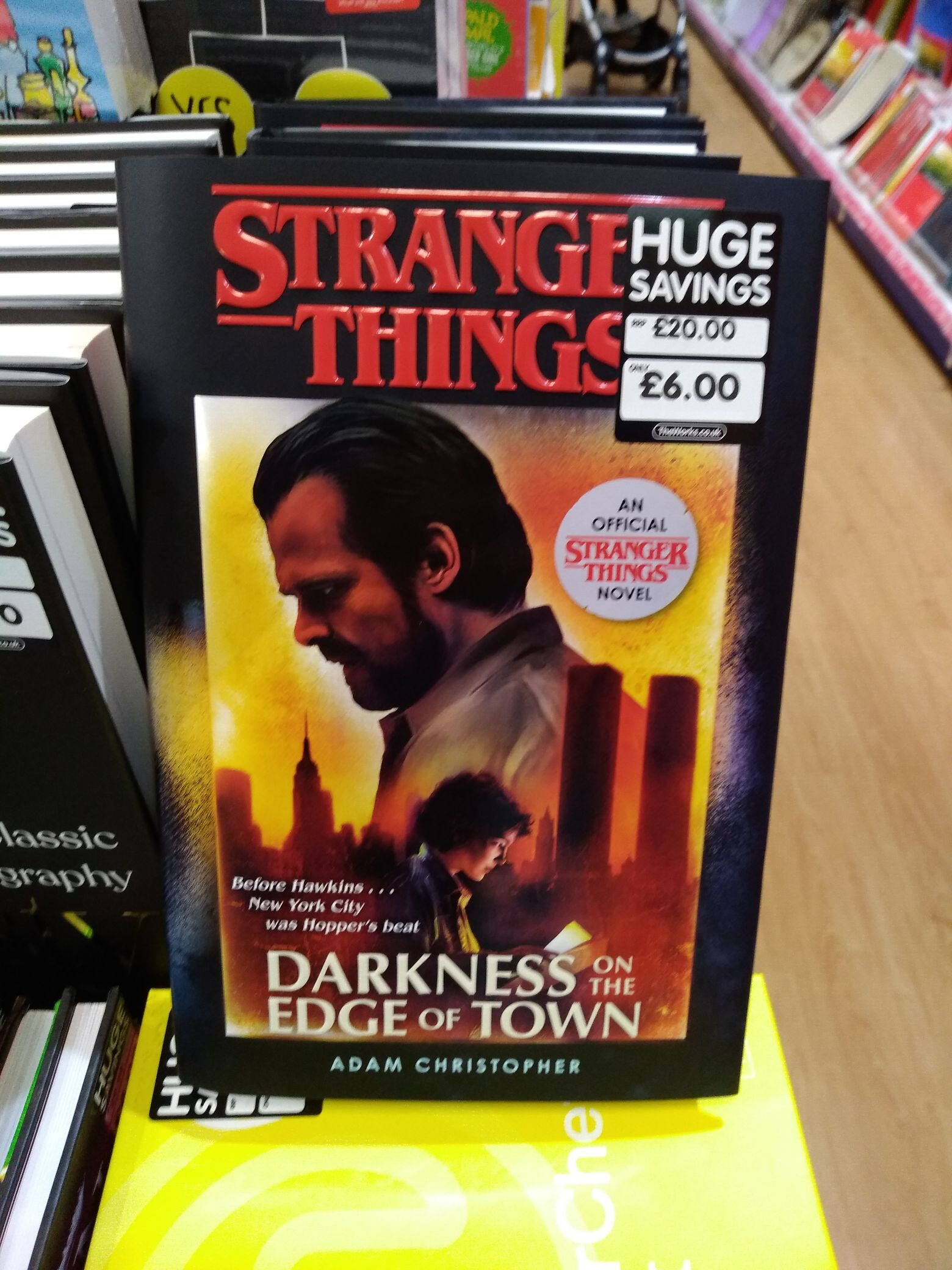 Chief Jim Hopper reveals long-awaited secrets to Eleven about his old life as a police detective in New York City, confronting his past before the events of the hit show Stranger Things.

Christmas, Hawkins, 1984. All Chief Jim Hopper wants is to enjoy a quiet first Christmas with Eleven, but his adopted daughter has other plans. Over Hopper’s protests, she pulls a cardboard box marked “New York” out of the basement―and the tough questions begin. Why did Hopper leave Hawkins all those years ago? What does “Vietnam” mean? And why has he never talked about New York?

Although he’d rather face a horde of demogorgons than talk about his own past, Hopper knows that he can’t deny the truth any longer. And so begins the story of the incident in New York―the last big case before everything changed…

Summer, New York City, 1977. Hopper is starting over after returning home from Vietnam. A young daughter, a caring wife, and a new beat as an NYPD detective make it easy to slip back into life as a civilian. But after shadowy federal agents suddenly show and seize the files about a series of brutal, unsolved murders, Hopper takes matters into his own hands, risking everything to discover the truth.

Soon Hopper is undercover among New York’s notorious street gangs. But just as he's about to crack the case, a blackout rolls across the boroughs, plunging Hopper into a darkness deeper than any he’s faced before. 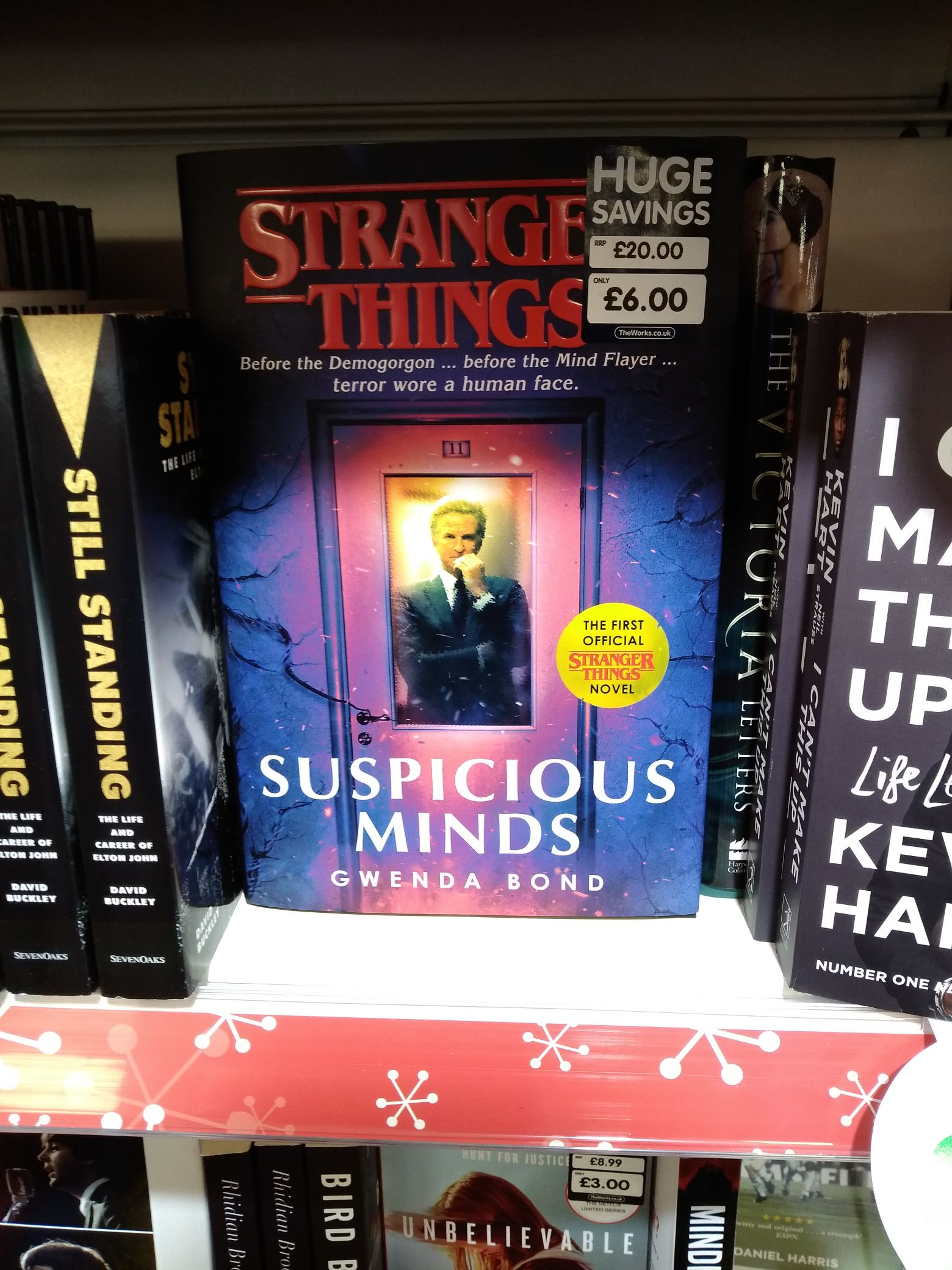 A mysterious lab. A sinister scientist. A secret history. If you think you know the truth about Eleven’s mother, prepare to have your mind turned Upside Down.

It's the summer of 1969. The world is changing, and Terry Ives isn't content to watch from the sidelines. When word gets around about an important government experiment, she signs on as a test subject.

But behind the walls of Hawkins National Laboratory – and the piercing gaze of its director, Dr Martin Brenner – lurks a dark conspiracy. To face it, she'll need the help of her fellow test subjects, including a mysterious young girl with unexplainable powers. . .
PostTweetShare Share with WhatsApp Share with Messenger
Community Updates
The Works DealsThe Works Discount Codes
If you click through or buy, retailers may pay hotukdeals some money, but this never affects which deals get posted. Find more info in our FAQs and About Us page.
New Comment Subscribe Save for later
10 Comments
19th Nov 2019
25% off online at the mo with code JINGLE. that's secret Santa sorted
19th Nov 2019
Has anyone read these books? If so can you advise if book suitable reading for a teenager who loves watching the show on TV.
19th Nov 2019
Does this just follow the same story as the programme?
19th Nov 2019

Does this just follow the same story as the programme?

I think the Suspicious Minds is a prequel. Not sure on the other.
19th Nov 2019

25% off online at the mo with code JINGLE. that's secret Santa sorted

Does this just follow the same story as the programme?

No these two novels are both standalone stories set well before the events of the show. Blurbs in the deal description if that helps.
19th Nov 2019
@R2Pacman - nice spot, use code FF25 and each book drops to £4.50
19th Nov 2019

Or add both to the basket, use code JINGLE and each book drops to £4.50 too
19th Nov 2019
I haven’t found Suspicious Minds to buy on their website. Only the second book. Has anyone been able to find this and if so could you add the link on for this one.
19th Nov 2019

I can't find it on there either unfortunately