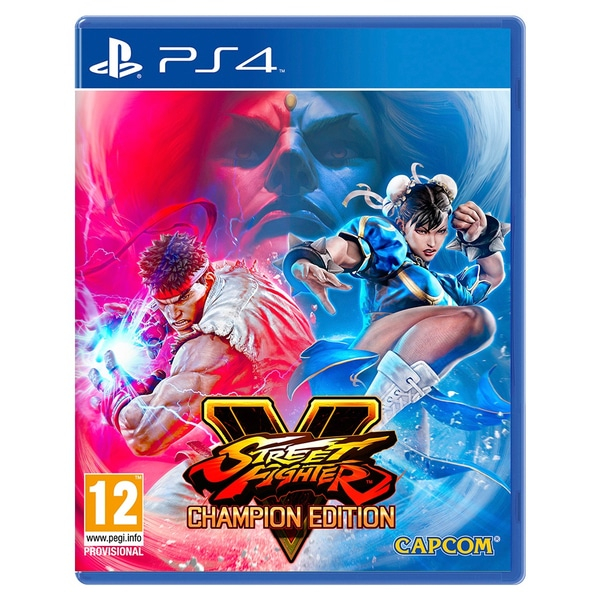 Currently available on Free to Play days until the 9th (Credit @reindeer333 ), if you have not played it yet. Good price to own as it is the cheapest around. Also works out £18.86 for Gold members. 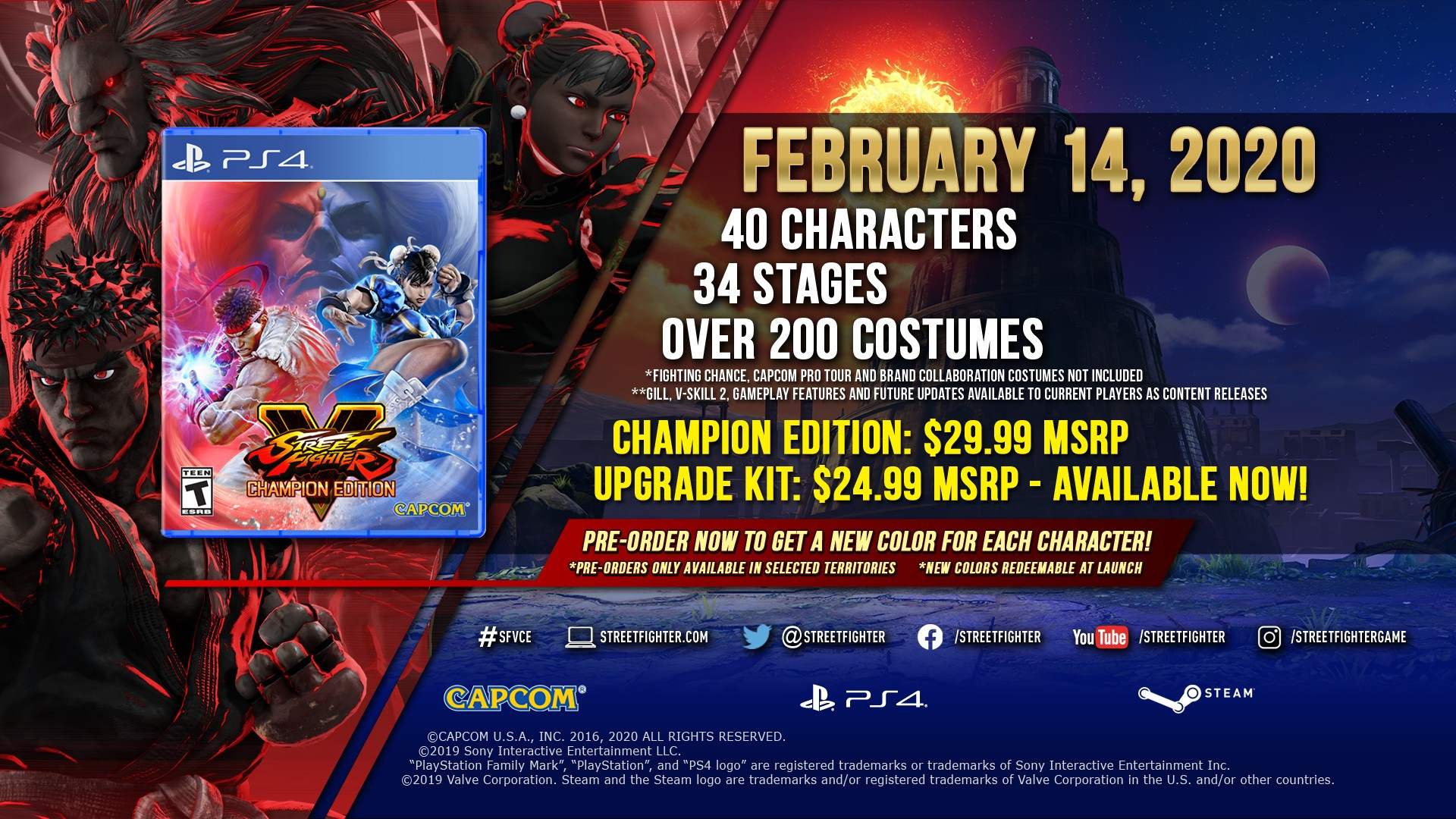 Street Fighter V: Champion Edition includes all content (excluding Fighting Chance costumes, brand collaboration costumes and Capcom Pro Tour DLC) from both the original release and Street Fighter™ V: Arcade Edition. Champion Edition adds each character, stage and other content that released after Arcade Edition and will include all launch content coming to this new version. In total, this robust edition of Street Fighter V features 40 characters, 34 stages and over 200 costumes. Fighters can battle their way through a variety of exciting single-player and multi-player modes designed for players of all skill levels, including Story Mode, Arcade Mode, Team Battle, Ranked Match, Casual Match and more.

Champion Edition also heralds the return of Gill, the leader of the Secret Society and the end boss of the Street Fighter™ III series. Gill is a master of both pyrokinesis and cryokinesis, allowing him to control fire and ice with perfect elemental balance (hence his outward appearance). Typically plotting behind the scenes, Gill is now ready to reveal himself to the world, as he sets out to fulfill the prophecy that the Secret Society has coveted since ancient times.
PostTweetShare Share with WhatsApp Share with Messenger
Community Updates
ShopTo DealsShopTo discount code
New Comment Subscribe Save for later
16 Comments
6th Feb
Just wait for the Hyper Turbo Champion Edition.
6th Feb
£19 in excess of what I'm willing to pay for the game!!!
6th Feb
How many characters are unlocked from the start?
6th Feb

How many characters are unlocked from the start?

Sounds like they learnt their lesson from SFV release then.
6th Feb

Sounds like they learnt their lesson from SFV release then.

Yeah, after 2 releases of the same game.
6th Feb
Everything included on the disc? I can't seem to see anywhere if this is the case or not.
6th Feb

Base game on disc, DLC pass is a code from what I hear. This version of the game is just an upgrade pack anyway, best price if you don't have the base as the upgrade pack is £19.99 on PSN.
7th Feb
Is anyone on here actually decent at this game, competitively?
7th Feb

I'm sure the retail version includes the base game. Upgrade pack is digital only even thouugh its the same price.
8th Feb
What does that have to do with the deal?
11th Feb

Is anyone on here actually decent at this game, competitively?

Both @Luke_England and I played in the competitive scene for SFV for a few years, took a break for a while but planning on jumping back in for the champion edition update
13th Feb

Have you ever played against any top international players? I think I'd freeze against someone like Punk or Problem X whiff punishing my every move
Edited by: "Neobrown" 13th Feb
13th Feb

Yup, it is a DLC code. Hard pass from me.
youtube.com/wat…f_4
15th Feb
ordered thanks OP, did quidco and with my gold status on shopto was £18 something