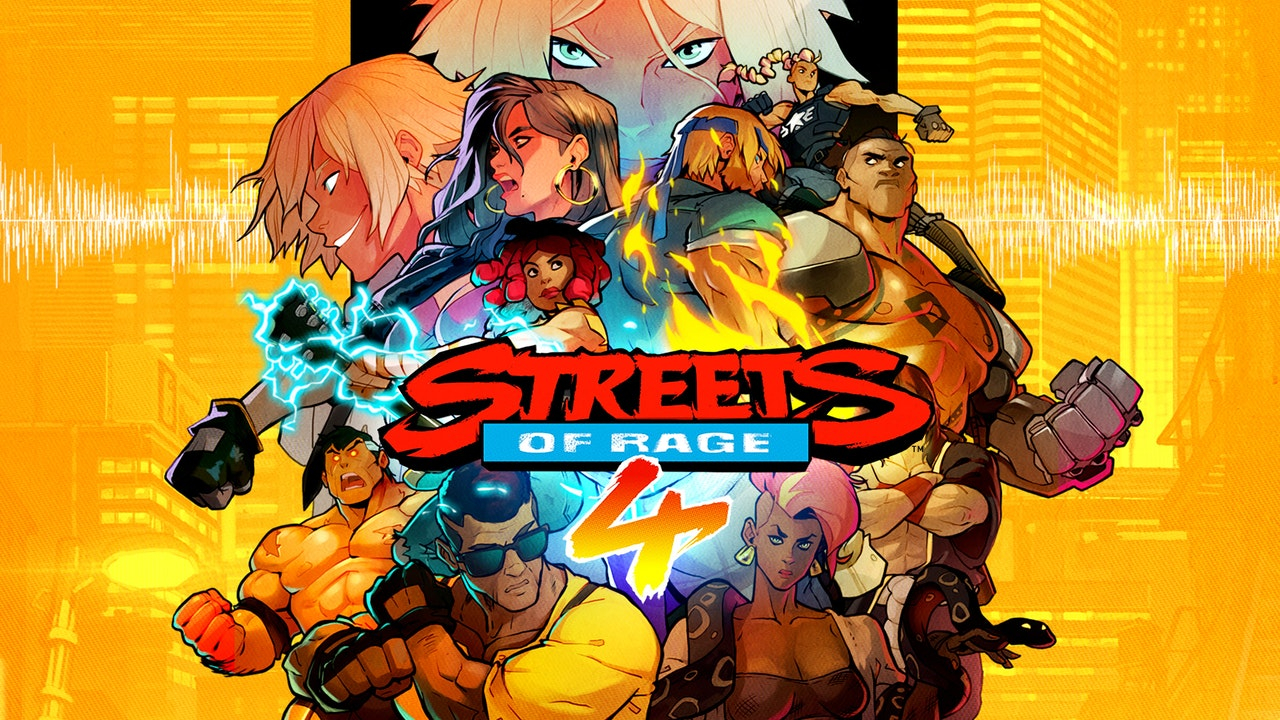 The original trilogy is known for its timeless gameplay and electronic dance influenced music, and Streets of Rage 4 builds on that with new mechanics, beautiful hand-drawn visuals and a God tier soundtrack.

TAKE BACK YOUR CITY
Witness iconic characters return to Wood Oak City in order to bring down an evil group trying to take over - Axel, Blaze, Adam and other veterans reunite to clean up the streets With brand-new moves and kickass tracks, you'll dish out beatdowns to a fledgling group of ill-advised criminals in full force!

NEW CHARACTERS
Experience the formidable Streets of Rage style gameplay with brand-new characters. Rock out with Cherry Hunter, daughter of the original series' hero Adam, and utilize her guitar in your combos - or choose Floyd Iraia, an apprentice of Streets of Rage 3's Dr. Gilbert Zan, and grab and smash foes with heavy attacks using his cybernetic metal arms.

A FRESH LOOK
Head through 12 different locations with lush hand-drawn animations, new combat abilities, and fresh tracks from an amazing team of composers. Streets of Rage 4 is a masterful tribute to and revitalization of the classic action that you adore.

The soundtrack of Streets of Rage 4 is handled by an all-star line-up of musicians like Yuzō Koshiro, Motohiro Kawashima, Yoko Shimomura, Harumi Fujita, Keiji Yamagishi and many more whom will create new amazing tracks for this new episode of the Streets of Rage series.

TEAM UP ONLINE
For the first time in the franchise's history, you'll be able to fight alongside three other heroes in online co-op. Choose characters that match your unique or preferred fighting style, and team up to take down hordes of thugs and tricky bosses.

YOUR OFFICIAL STREETS OF RAGE 4 STEAM PC KEY GIVES YOU:

PostTweetShare Share with WhatsApp Share with Messenger
Community Updates
Fanatical DealsFanatical Discount Codes
New Comment SubscribeSave for later
14 Comments
12th May
8% Quidco
12th May
Isn't this on games pass?
12th May
Cracking game
12th May
Personally I would just get game pass for a month or two if you want to play this game and many more.

This price is decent enough though. Just not best option imo.
Edited by: "anderzz20" 12th May
12th May

A couple of friends got this and completed it in a few days. There is a bit of replay value. I got bored of it very quickly so I agree gamepass better option
12th May
While I agree that Game Pass would be the cheapest option if possible.....

The Xbox and Game Pass version is a pre-release version which they have yet to update. This means that you don't have any advanced video options, and the combo timing is worse than Steam and the other consoles.

If you're chasing achievements, some of them will take a while on Game Pass because you will accumulate points slower due to the timer.

Edit: Don't worry too much about the minimum specs, I'm playing through Mania difficulty on a M5-6Y54 and it's rubbish onboard graphics - works well.
Edited by: "drasim" 12th May
12th May

Yes this true. Combos are much harder to build up in comparison to other console versions as they end a lot faster.
Also I get moments even on solo where there are a lot of frame drops, my PC is more than capable and it only shows as using 20/30%cpu gpu.
While they have said they are fixing the missing graphics options I havnt seen a statement saying they will fix these other problems
12th May
Also you can pre order a physical copy for PC for £21.99 here, although unfortunately no special/collector editions for PC players

I finished it with my husband in less than 2 hours on gamepass. Like you say it can be replayed but I certainly wouldn't spend much on it.
12th May

Yeah I get those occasionally as well. Had them more the first few days of playing, not so much anymore for some reason. Thinking about it, I haven't experienced frame drops since I moved away from an Nvidia GPU to the M5-6Y54.

Yes I meant a few hours lol. Nearly came back to change but thought even a few days not worth it
12th May

Never had an issue and i completed it online with a mate
13th May
Such a great game.