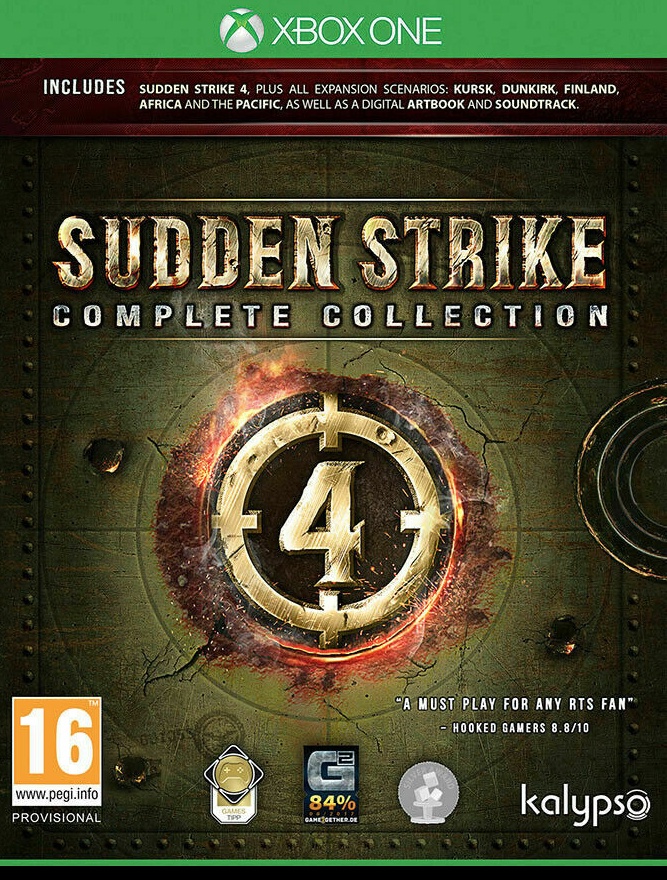 
The Sudden Strike 4: Complete Collection offers fans the ultimate World War II strategy experience, containing the main Sudden Strike 4 game plus all five previously released DLCs: Battle of Kursk, Road to Dunkirk, Finland - Winter Storm, Africa - Desert War and The Pacific War. Sudden Strike 4 sends you off on three extensive campaigns set amongst the battlefields of World War II. In Road to Dunkirk, relive the battles leading up to one of the world's most daring military rescue missions ever. In Finland - Winter Storm. Fight as the Finnish against an overwhelming threat, or play as the Soviets and crush the last Finnish defensive lines. Africa - Desert War shifts the setting from the cold north to the unforgiving and harsh deserts of Africa. The Pacific War throws you right into the conflict between the Allied Forces and the Imperial Japanese Army.