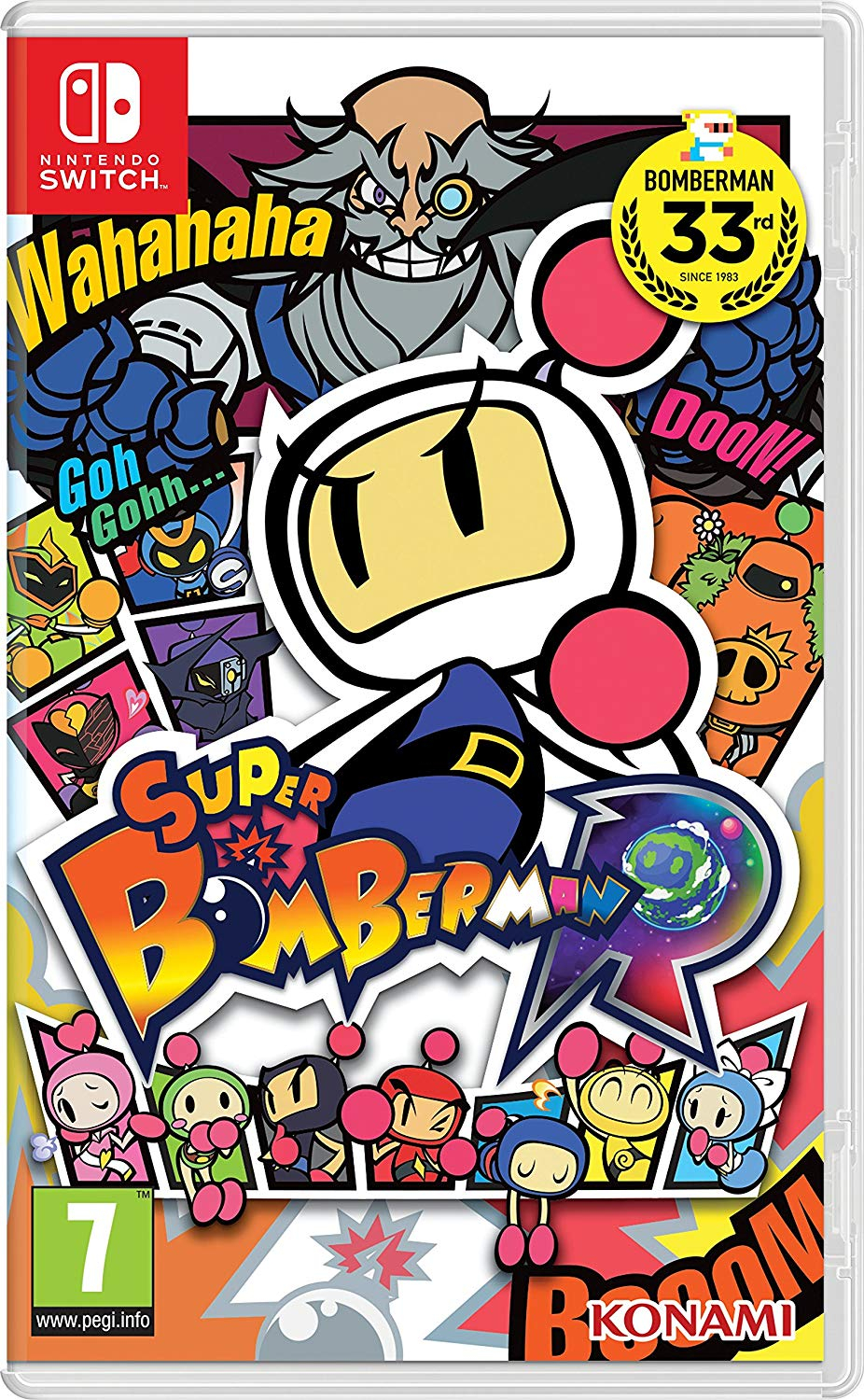 Worth a punt at this price
Since its release in 1985, Bomberman has been a familiar party-battle game for many years. Now, Bomberman is coming back as "SUPER BOMBERMAN R" to Nintento Switch.
In SUPER BOMBERMAN R, the simple rule remains the same: operate the main character (Bomberman), place bombs, and battle with enemies and rivals, but it's coming back in a modern style with 3D stages and photo-real graphics. You can enjoy battles with rivals from all over the world.
There is "Battle" mode for maximum of 8 players, and single play "Story" mode (cooperative play for 2 players is possible as well) where players clear each stage one by one, with a big volume of 50 stages. Also, there is a new rule where the condition to clear the stage is not just by wiping out all the enemies. This simple but strategic game with new rules and 3D stages is fun for everyone, from children to adults.
PostTweetShare Share with WhatsApp Share with Messenger
Community Updates
Base.com DealsBase.com discount code
New Comment Subscribe Save for later
24 Comments
7th Feb
One of the most simple yet most fun games on the switch - up to 8 players I believe - pure quality gaming
7th Feb
A lot of people give this game stick, but I played it for the first time with my thirteen year old last weekend and we had such a good time. We were absolutely terrible, but enjoyed the hell out of it anyway. If you're looking to enjoy some local multiplayer fun, I don't think you can go far wrong at this price.
7th Feb
Is base.com ok to buy from?
7th Feb

Use multiple times over many years and no issues
Edited by: "Jesusaur" 7th Feb
7th Feb

Yup, timely delivery and good prices. Their site could be better but it's safe.
7th Feb
Is this same as the xbox one version?
8th Feb
Got this for the PS4 as a huge fan of the old PS1 games and I was really disappointed. It felt so lacking in content and a lot of the content it did have was more akin to a puzzle game than what you'd expect from Bomberman.

I wouldn't say it's a bad game necessarily, just rather hollow as an experience.
8th Feb

Use multiple times over many years and no issues

Thank you!
8th Feb
Thanks OP. Didn't need it. Bought it anyway. This place
8th Feb
Amazing game if you’re a Bomberman fan! The boss battles are the best bit!
8th Feb

I think the stick it got back then was because of the price.
Edited by: "ra786" 9th Feb
8th Feb
Big problem I had playing this multiplayer is not being able to turn off the AI. Also doesn't help that the AI will either kill itself in a stupid way, or be incredibly difficult to beat. Too many games where all the humans died and had to watch the AI slowly get to sudden death.
8th Feb
Cool, this game has been on my wish list for ages but didn't want to spend £40 on it!
8th Feb
I love the bomber man games from the SNES era. I have put a lot of hrs into them even recently with the SNES classic.

Has anyone here who played the SNES ones give an impression of this modern version. I have heard middling reports so I have laid off so far but am tempted.
8th Feb

May be wrong. But as someone who's owned it from day one and gone back to it every now and then, they've put out a lot of updates that have improved both the game and amount of content in it. A lot of people may give it slack because they remember it at launch, but nowadays pretty good
8th Feb
Showing currently unavailable.
8th Feb
Now £20.59
8th Feb

It’s like the SNES version but updated (just right) graphics. It even has the SNES battle board in the options on multiplayer.
8th Feb
I like the cross references for Konami. Got solid snake in the game and goemon (rip)
8th Feb

That’s it. I’m buying it. Cheers.
9th Feb
Switch tax grrrrrr. Ps4 xbox much cheaper yet agsin
9th Feb
Anyone remember Dynablaster for the Gameboy? Was my fav game, might have to buy this.
12th Feb
Anyone had a dispatch email? Only had confirmation and successfully processed email.