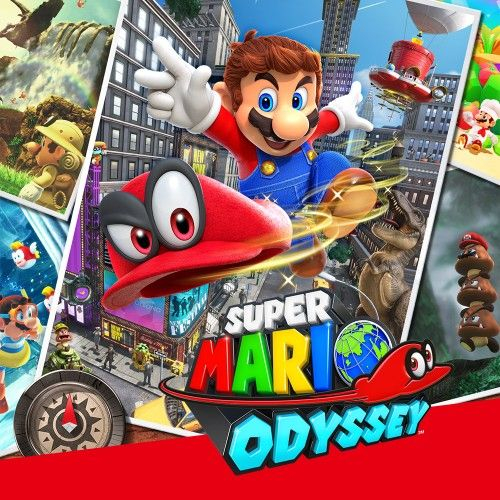 £33.29Nintendo Shop Deals
31
Get dealGet deal
31Get dealGet deal
Expires on 01/03/2020Posted 13th Feb
All time best price. Metacritic 97%.
Use amazing new abilities—like the power to capture and control objects, animals, and enemies—to collect Power Moons so you can power up the Odyssey airship and save Princess Peach from Bowser's wedding plans! 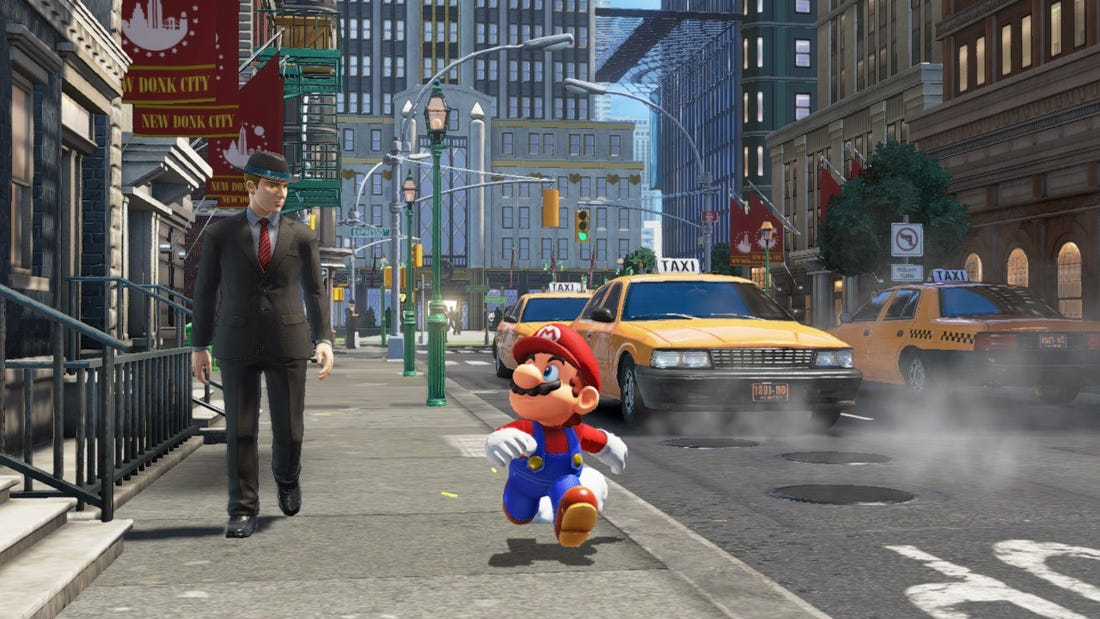 Thanks to heroic, hat-shaped Cappy, Mario's got new moves that'll make you rethink his traditional run-and-jump gameplay—like cap jump, cap throw, and capture. Use captured cohorts such as enemies, objects, and animals to progress through the game and uncover loads of hidden collectibles. And if you feel like playing with a friend, just pass them a Joy-Con™ controller! Player 1 controls Mario while Player 2 controls Cappy. This sandbox-style 3D Mario adventure—the first since 1996's beloved Super Mario 64™ and 2002's Nintendo GameCube™ classic Super Mario Sunshine™—is packed with secrets and surprises, plus exciting new kingdoms to explore. 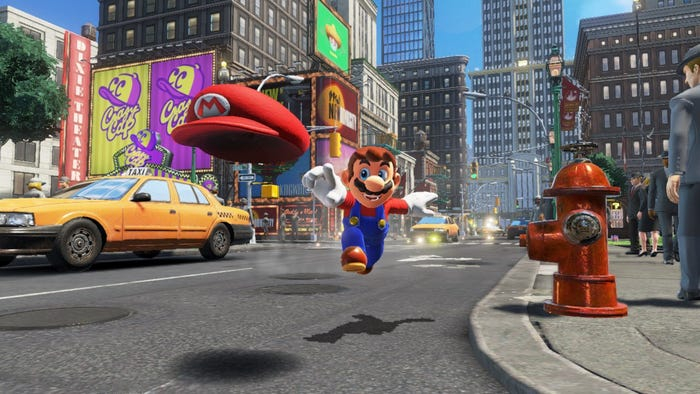 Explore astonishing new locales like skyscraper-packed New Donk City to your heart's content, and run into familiar friends and foes as you try to save Princess Peach from Bowser's dastardly wedding plans.
Find something interesting? Toss your cap at it and see what happens! There are lots of fun and surprising ways to interact with your surroundings.
Be sure to bring any coins you find to a Crazy Cap store, where you can exchange them for decorative souvenirs for the Odyssey and new outfits for Mario! Some destinations have very exclusive dress codes, after all… 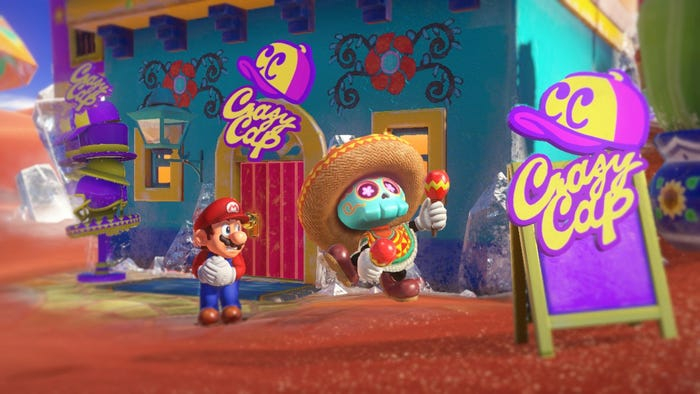 Hand a Joy-Con™ controller to a friend to enjoy simultaneous multiplayer: Player 1 controls Mario while Player 2 controls Mario's new ally Cappy.
Use Snapshot Mode to freeze time while playing the game and take screenshots that you can customize using various options and filters. Screenshots can be shared via social media or uploaded to PCs and smart devices* using all of the Nintendo Switch™ system's built-in screenshot tools. 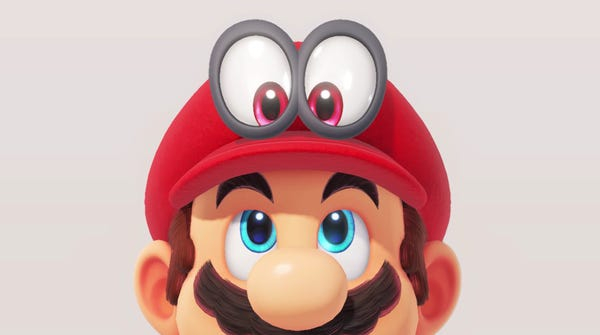 PostTweetShare Share with WhatsApp Share with Messenger
Community Updates
Nintendo Shop DealsNintendo Shop discount code
If you click through or buy, retailers may pay hotukdeals some money, but this never affects which deals get posted. Find more info in our FAQs and About Us page.
New Comment Subscribe Save for later
Top comments
13th Feb
Would be nice if Nintendo just had a page with their latest sale games. Why is their eshop UX so poor.

I have been a gamer for 30 years and this game is in my top 5! It is fun interesting and polished. Beautiful game Nintendo at its best.

Now if they could just port Mario 3d world that would make me super happy.
13th Feb

Definitely, it’s brilliant
31 Comments
13th Feb
Heat mate
13th Feb
Would be nice if Nintendo just had a page with their latest sale games. Why is their eshop UX so poor.

I dont know where to look online to find all the new sales?! Deku deals doesnt let you order by sale date either
13th Feb

(though might not have deals added the instant the price changes!)
Edited by: "riconet42" 13th Feb
13th Feb

Definitely, it’s brilliant
13th Feb
Already own this but Doom and Fire Emblem reduced as well. Might pick one of them up
13th Feb

I have been a gamer for 30 years and this game is in my top 5! It is fun interesting and polished. Beautiful game Nintendo at its best.

Now if they could just port Mario 3d world that would make me super happy.
13th Feb

I think it's very likely 3d world will come soon
13th Feb
Galaxy was better
13th Feb
One of my 6 year olds all time if not the all time favourite, although minecraft is up there now.
14th Feb
This is an incredible game , I'm a PlayStation guy but man this game is awesome . It has some really cool soundtracks too that makes it even better .
I would say it's worth getting a nintendo just to play this game .
Edited by: "justaguy.1" 14th Feb
14th Feb
If you don’t have it already then this is definitely a time to buy.
14th Feb
BUT! You could just buy the hard copy for £39.99...not sure if this is worth it unless you never want to sell your switch.
14th Feb

I agree if physical is available I always buy physical.
14th Feb
£31.91 from Sweden
14th Feb
This is without a shadow of doubt one of the finest video games ever made. Its worth it if it were £100. At this price its a steal.

Its literally worth buying a Switch just for this, well this and Zelda.
14th Feb

Definitely. It's one of the best games ever made and full of the usual Nintendo polish. I don't think it quite beat Mario Galaxy 1 but it's close.
14th Feb
Easily one of my favourite games on the switch - the variety in this game makes it fun all the way through with something new constantly being introduced. My wife even finished this and she isn't a big gamer at all.

Personally though I would still go with the physical copy. It's personal choice and I know some people prefer digital but the main Nintendo games don't drop in value much so you'll always be able to sell it for more than the difference in price you are saving on the digital copy.
14th Feb
This is amazing price but i still prefer buying disk so that i can sell it later.
You can buy used game in disc for this price.

It's in the "must buy" category if you have a Switch/Switch Lite. Unless you hate Mario games! It is a good deal based on what the price normally is, but if you shop around then a physical copy won't cost much more than this.
Edited by: "Omar-C" 14th Feb
14th Feb

Absolutely agreed, this along with the PS3 PSN UI is mind bogglingly awful. Honestly, how it got past any initial approval (did it?!) is laughable, let alone the fact it's live.
Edited by: "littlejimmy" 14th Feb
14th Feb
I can’t believe we haven’t had an Odyssey 1&2 remaster on Switch yet.
14th Feb

I can’t believe we haven’t had an Odyssey 1&2 remaster on Switch yet.

Do you mean Galaxy ? It's possible, but think 3d World will be the next Mario
14th Feb
Such a great game this!!
14th Feb

true, unless you're constantly switching between games and are lazy I find for Ring Fit Adventure i'm slightly puts off using it for a short time every day due to having to switch the cart, but that's probably mainly because its a fitness game. sadly the one game I'd prefer digitally and it's only sold physically due to the hardware

but I agree that for Odyssey physical is probably better. can lend to a friend when you're not playing it or sell it
14th Feb
Thanks everyone for the comments! It's downloading now! 😁
14th Feb

Thanks everyone for the comments! It's downloading now! 😁

I just can't get into it. Bored me to tears. I love Mario games normally.