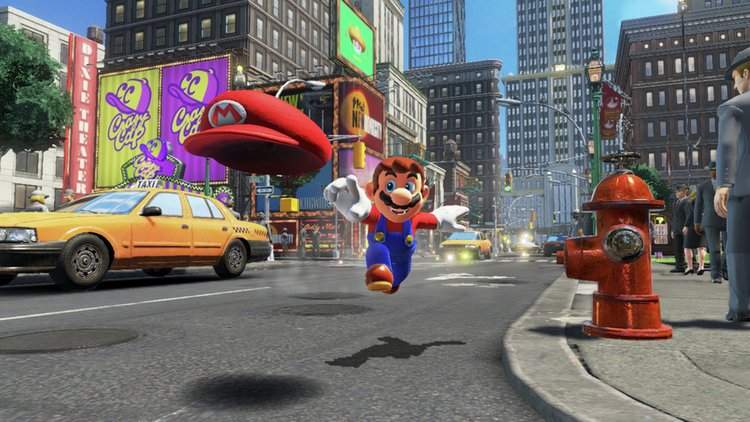 Join Mario as he embarks upon a globe-trotting quest to rescue Princess Peach from Bowser's wedding plans! Thanks to his new friend, Cappy, Mario has brand-new moves for you to master, like Cap Throw, Cap Jump and Capture.

Try to save Princess Peach from Bowser's clutches and foil his dastardly wedding plans.

This sandbox-style 3D Mario adventure - the first since 1996's beloved Super Mario 64 and 2002's Nintendo GameCube classic Super Mario Sunshine - is packed with secrets and surprises, and with Mario's new moves like Cap throw, Cap jump and Capture, you'll have fun and exciting gameplay experiences unlike anything you've enjoyed in a Mario game before.

Free update arrives in Februrary! After downloading the update and beating the main story, a new online activity called Balloon World will become available. By finding balloons other players have hidden, and hiding your own balloons in unexpected, hard-to-find places, you can move up in the rankings. The key is setting high scored is knowing every nook and cranny of a Kingdom's terrain and leveraging that knowledge to quickly hide and find balloons! 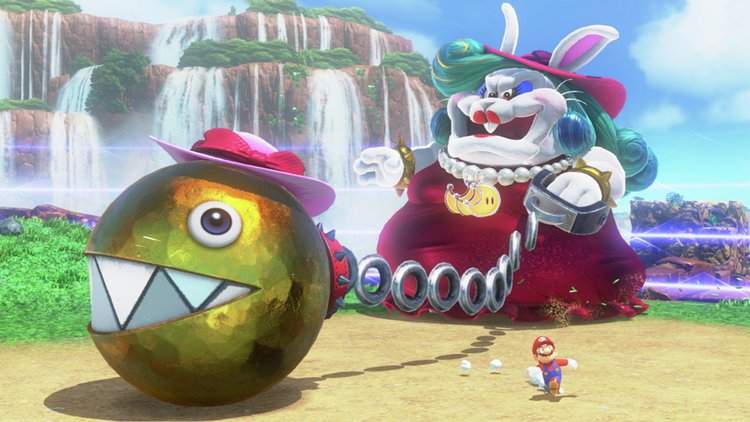 Standard delivery is £4 for orders under £40, above £40 delivery is free for the majority of items..
Next day delivery is available from £5.00

Returns - items bought online can be collected from your home or returned to stores.
Store purchases can be returned in any Currys store, it doesn’t have to be the one you bought it from.
PostTweetShare Share with WhatsApp Share with Messenger
Community Updates