UPDATE: you can also apply 10% student beans discount bringing the final price to £29.96

You can find the physical version of the game for cheaper in many other stores, but the digital version is really hard to come by at this price !!
Info added by pirate1

Explore incredible places far from the Mushroom Kingdom as you join Mario and his new ally Cappy on a massive, globe-trotting 3D adventure. Use amazing new abilities—like the power to capture and control objects, animals, and enemies—to collect Power Moons so you can power up the Odyssey airship and save Princess Peach from Bowser’s wedding plans!

Thanks to heroic, hat-shaped Cappy, Mario’s got new moves that’ll make you rethink his traditional run-and-jump gameplay—like cap jump, cap throw, and capture. Use captured cohorts such as enemies, objects, and animals to progress through the game and uncover loads of hidden collectibles. And if you feel like playing with a friend, just pass them a Joy-Con controller! Player 1 controls Mario while Player 2 controls Cappy. This sandbox-style 3D Mario adventure—the first since 1996’s beloved Super Mario 64 and 2002’s Nintendo GameCube classic Super Mario Sunshine—is packed with secrets and surprises, plus exciting new kingdoms to explore.

'It distills the venerable series’ joyful, irreverent world and characters and best-in-class platforming action, and introduces a steady stream of new and unexpected mechanics. It’s all spun together into a generational masterpiece' IGN 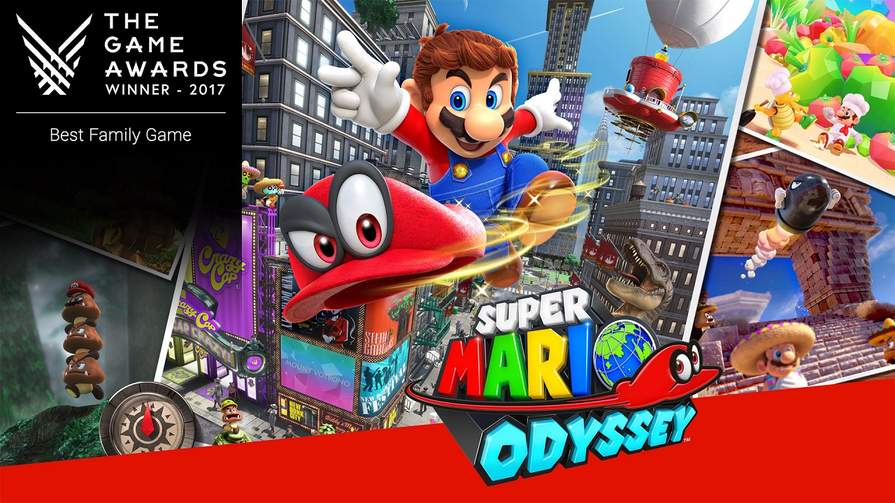 Game can be bought either from Nintendo eShop on the console directly, or as a digital download code from My Nintendo Store.

My Nintendo Store:
Digital Code Delivery - FREE. Delivered within 30 minutes, directly to your email address.
Cancellation and Returns:
Please note that, unless faulty, orders for digital products cannot be cancelled once the relevant download code has been used if, during the payment process, you consent to Nintendo providing the digital content as soon as your order is accepted and acknowledge that your right to cancel will be lost when you use your download code.

Please be sure to read the game descriptions and check out the screenshots available before making purchases.