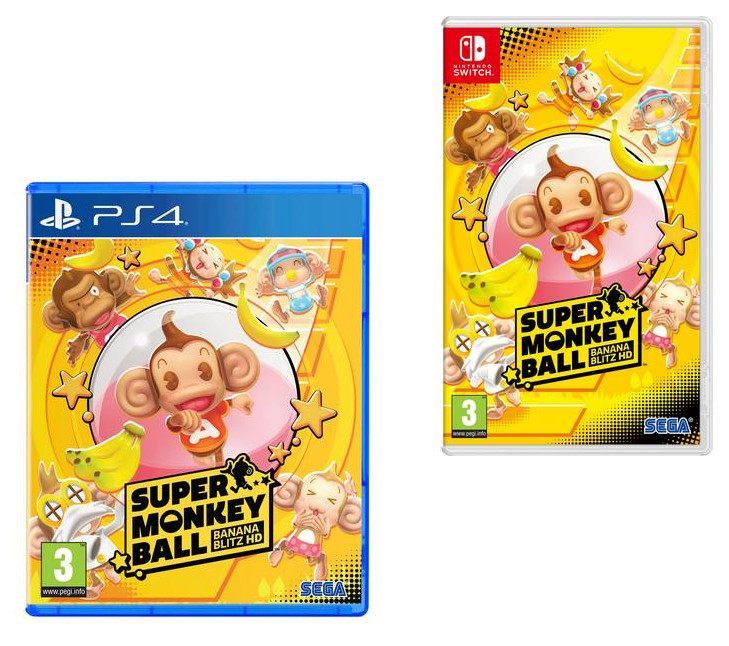 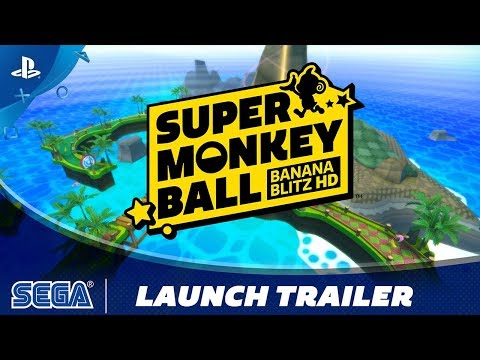 Hold onto your bananas, because Super Monkey Ball: Banana Blitz HD is rolling your way! Experience the magic of one of the most beloved titles in the series, now remastered in HD!

Head back into the fantastical world of Super Monkey Ball and take back your bananas from the space alien pirate king, Captain Crabuchin. Race through over 100 colourful stages and challenge your friends and family to 10 fan-favourite Party Games! Feeling like the fastest, most manoeuvrable monkey around? Try out Time Attack mode or the gruelling Decathlon endurance run! Will you make it onto the scoreboard?

Originally released on the Wii in 2006, Super Monkey Ball: Banana Blitz HD reinvigorates the original game with 100 single-player stages, 10 multi-player mini-games, revamped control schemes, updated graphics, and more. A first for the series, players can now compete with others around the world through online leaderboards for single-player Time Attack and the all-new Mini-Game Decathlon Score Attack modes.

Super Monkey Ball: Banana Blitz HD is available on Nintendo Switch, PlayStation 4, Xbox One, and Steam. With uniquely optimized control schemes for each platform, everyone from first-time rollers to world-record holders can jump right in to the fun! 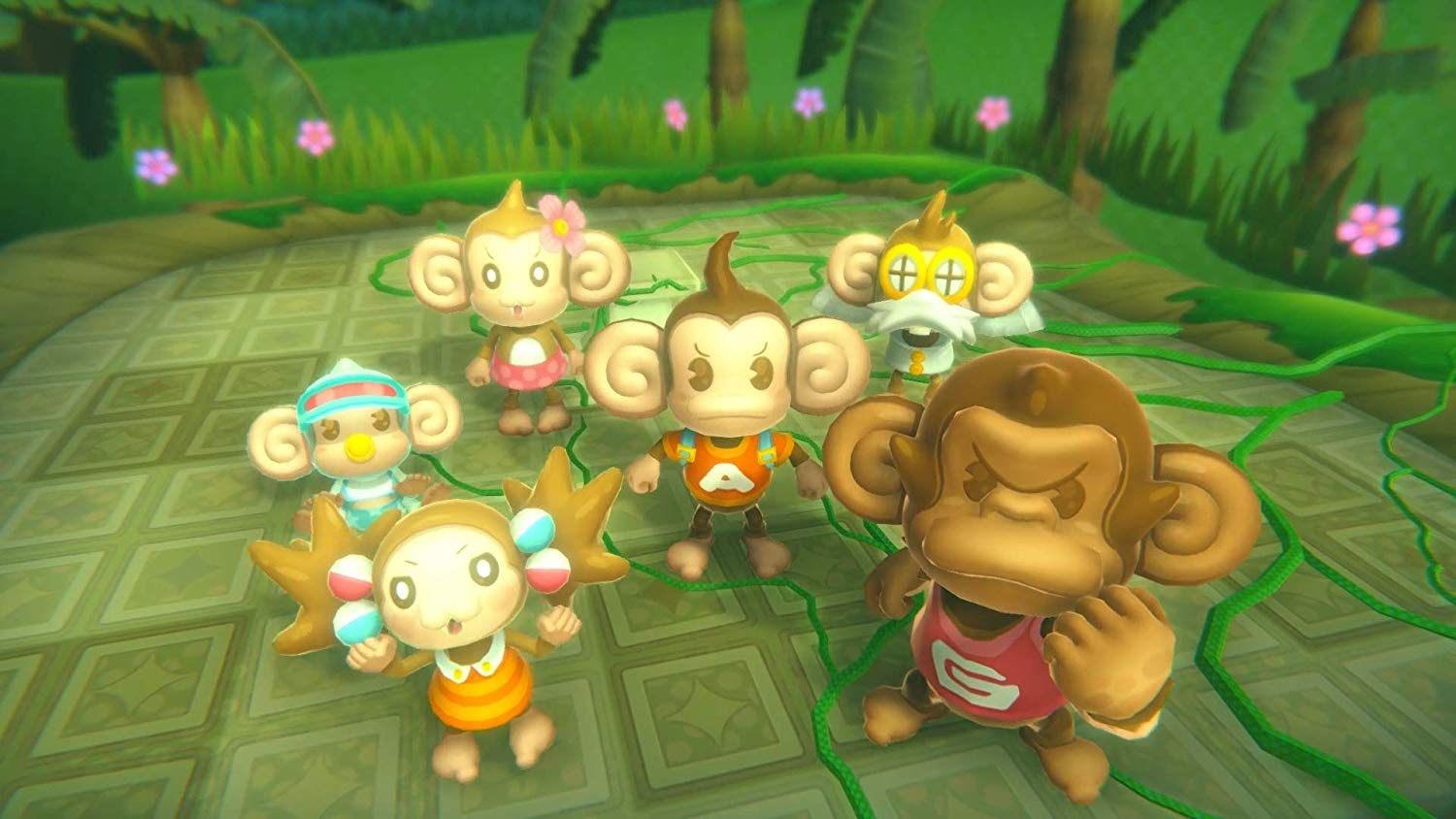 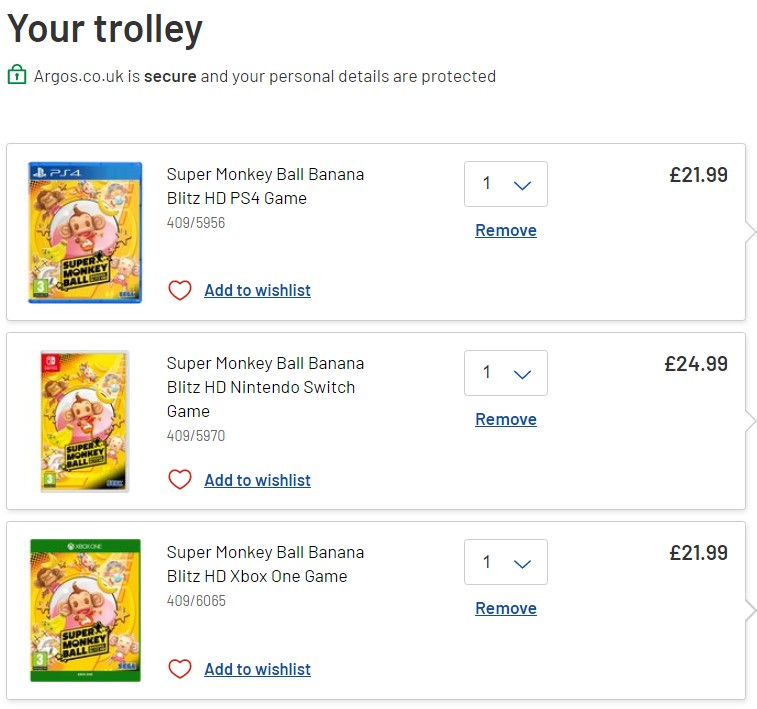 PostTweetShare Share with WhatsApp Share with Messenger
Community Updates
Argos DealsArgos discount code
If you click through or buy, retailers may pay hotukdeals some money, but this never affects which deals get posted. Find more info in our FAQs and About Us page.
New Comment Subscribe Save for later
Top comments
9th Dec 2019

You should of bought it for £3 from Argentina, I think thats where it was
9th Dec 2019

Worked fine for me just reserved one.
9th Dec 2019

This is nowhere near as good as the GameCube games, it wasn't even that we'll received at the time.

This is a port of the Wii version, it has far too many bad mini games, boss battles and jumping.

One day I'm sure we will get a true 3rd game with difficult levels, quite a lot of the team work on the Yakuza games, so it's not like they've left Sega.
9th Dec 2019
Thank you, might not be as good as the GC days but I'm sure the misses will love it and it's goofiness.
9th Dec 2019

Ah, so THAT’S why they’re always in those claw machines in the Yakuza series!
9th Dec 2019

GC version was amazing but also possibly the most frustrating game I've ever played.... once after falling inches from the end of a long level after literally hundreds of attempts I leapt from the sofa in total rage, ran across the room, and kicked my Gamecube full-boot into the wall. Of course I suffered instant regret, not least because my GC was signed by Miyamoto (went to a signing in London).... anyway, plugged it back in expecting death for sure, only to find it still worked fine. Sturdy little console that was! I didn't play Monkey Ball any more after that though
9th Dec 2019
Yes, sadly this is a TERRIBLE game. Oh for them to just re-release the original Gamecube/Arcade release on modern platforms that have HDMI outputs. Expert 7 is one of the greatest gaming levels of all time.
9th Dec 2019
Yeah, this wasn't great on the Wii. The original 2 were brilliant - Monkey Target was brilliant fun.
9th Dec 2019
Wow so this was on the wii, I thought this was a Vita game.

It took me hundreds of attempts to complete Expert 7, and even then there was only 0.2 seconds left on the clock. I felt like I'd won the Olympics, World Cup and Champions League all at the same time.
9th Dec 2019

This is nothing like the GameCube version, played this and probably won’t ever return to it.
9th Dec 2019

My SNES is still going strong nearly 30 years later. Never misses a beat. Nintendo consoles are normally built like mini tanks. Unlike for example the farce and scam that was the Xbox 360. Good for games but that red light of death was a disgrace.
9th Dec 2019
Cheaper at amazon
9th Dec 2019

When I was playing 4 player sessions, it got to the point where I would end up doing all 4 players in a row, as nobody I knew could beat it.
10th Dec 2019

It's a brutal masterpiece, but it's only about another five or so levels before they're all that tough; I wouldn't have thought it was worth playing Expert multiplayer unless you're all that good.
12th Dec 2019
PS4 version cheaper (£19.99) here: