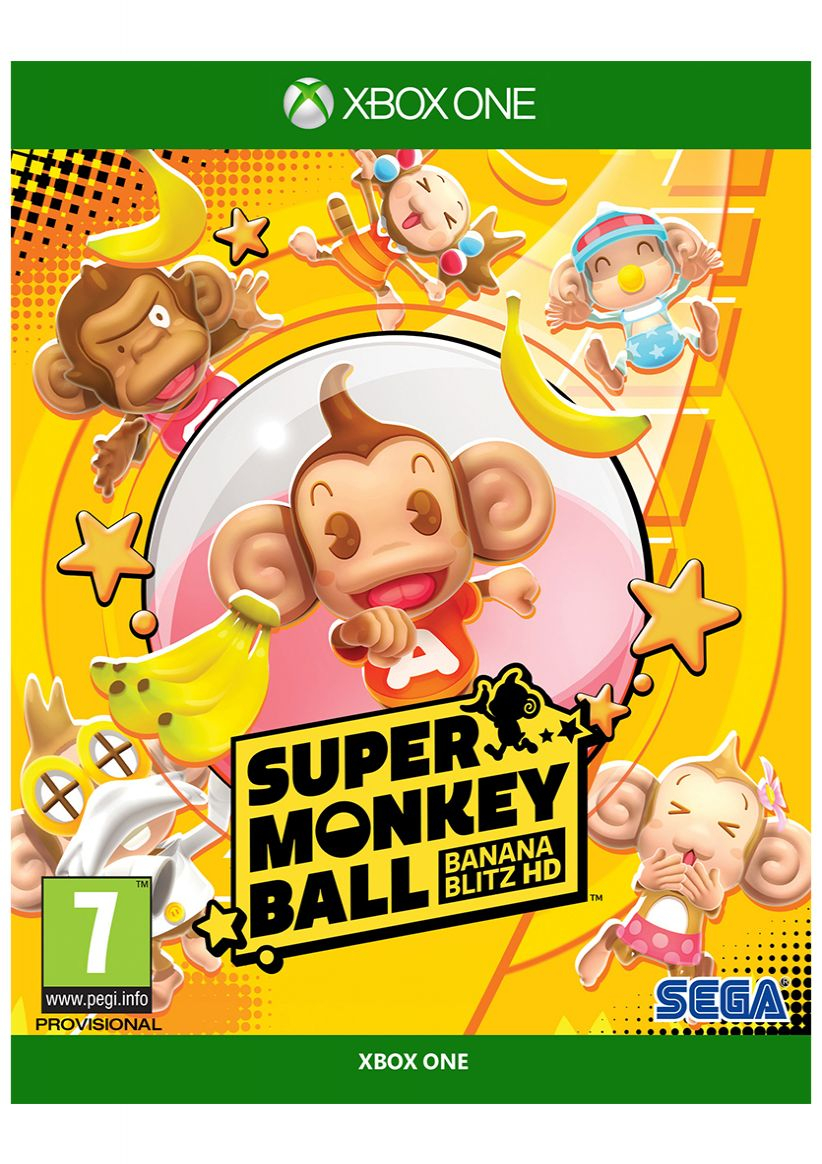 Hold onto your bananas, because Super Monkey Ball: Banana Blitz HD is rolling your way! Experience the magic of one of the most beloved titles in the series, now remastered in HD!
Head back into the fantastical world of Super Monkey Ball and take back your bananas from the space alien pirate king,
Captain Crabuchin. Race through over 100 colourful stages and challenge your friends and family to 10 fan-favourite Party Games! Feeling like the fastest, most manoeuvrable monkey around? Try out Time Attack mode or the gruelling Decathlon endurance run! Will you make it onto the scoreboard?

- Super Monkey Ball: Banana Blitz is Back in HD: Originally released on the Wii in 2006, Super Monkey Ball: Banana Blitz HD reinvigorates the original game with 100 single-player stages, 10 multi-player mini-games, revamped control schemes, updated graphics, and more.
- Online Leaderboards: A first for the series, players can now compete with others around the world through online leaderboards for single-player Time Attack and the all-new Mini-Game Decathlon Score Attack modes.
- No Monkey Business – Play Your Way: Super Monkey Ball: Banana Blitz HD is available on Nintendo Switch, PlayStation 4, Xbox One, and Steam. With uniquely optimized control schemes for each platform, everyone from first-time rollers to world-record holders can jump right in to the fun!
PostTweetShare Share with WhatsApp Share with Messenger
Community Updates
Simply Games DealsSimply Games voucher
New Comment Subscribe Save for later
8 Comments
23rd Feb
God I loved this game on GameCube back in the day
23rd Feb

God I loved this game on GameCube back in the day

This is a Wii game, it's awful compared to the Gamecube games.
23rd Feb
I found it overall enjoyable, not the gamecube games but a nice entry and nice to place without motional controls. The boss battles are a pain however
23rd Feb

This is a Wii game, it's awful compared to the Gamecube games.

I just meant Super Monkey Ball in general not this specific one...

Mind you I can’t see this type of game working on Wii
23rd Feb
Stickers!
24th Feb
The story mode was pretty fun but my god the. mini games... Take the most boring concept for a mini game, make it INCREDIBLY SLOW, CLUNKY, AND ANNOYING and you have this game. Seriously f those mini games. Glad I only used the trial weekend because if I'd spent money I'd be pi**ed
24th Feb
Got this on the Xbox Free Play Days. Uninstalled after completing the first world - it's really boring.
24th Feb
This game sucks. It's nothing compared to the Gamecube versions.