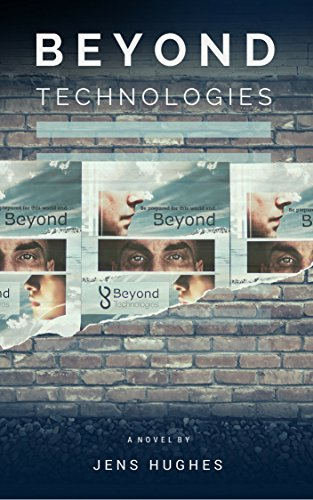 26 ratings - Scores average a whopping 4.8 out of 5.
In 2032, Beyond Technologies invents the means to preserve cognitive brain function indefinitely. One’s brain could live eternally in one of Beyond's tanks in lieu of dying naturally in a shared, utopian state. By 2047, many skeptics and atheists spend their lives working to afford this service. A group of religious extremists turns to violent means to oppose it. The extremists believe Beyond robs souls from God's final judgment, and that Beyond persuades potential believers away from religion. Certain members of the government feel that Beyond is gaining too much power and look to sabotage them.


A defeated former soldier and current Beyond security guard, Wells Taylor, finds his job mundane and his life meaningless. He is a man who long ago lost his faith, and more recently, his resolve. Attaining a man-made afterlife is his only true motivator until executives entice him to accept a position to uncover the identities of the company’s enemies. With the help of brilliant technology, Wells expertly tracks leads, but the opposition’s determination forces him to make choices on the lengths to which he is willing to go.


Beyond Technologies is a novel that looks deep into the power of belief. What would you be willing to do for something that you truly believed in, and would the consequences of your actions be a tainted conscience or a tainted soul?

Cheers for this. As a result I've just got Dark Matter (audiobook) and Recursion (ebook) for when I finish my current Neal Asher.