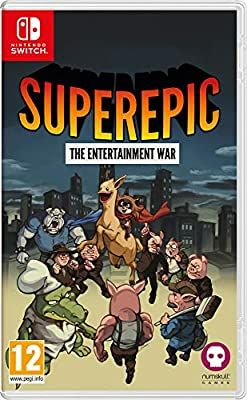 Just noticed this one from BossDeals on eBay. (It's £29.95 at Simplygames)


In a not-too-distant future dystopia, a single videogame development company, Regnantcorp, controls an Orwellian society by enslaving the population with their addictive free games.

As a rebellious racoon, along with your llama steed, you'll explore a surreal castle-like office full of enemies, challenges, secrets and corporate pigs.