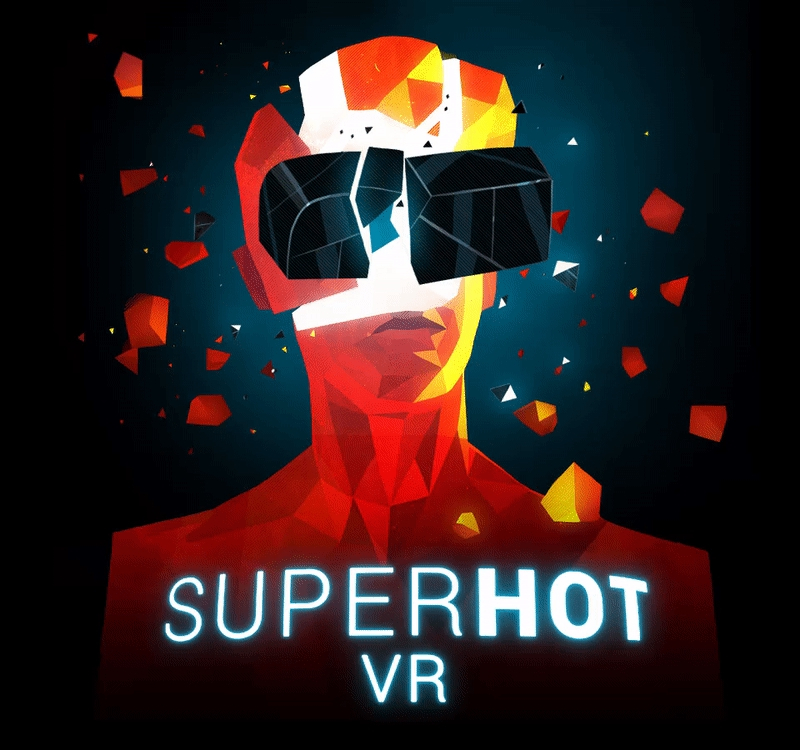 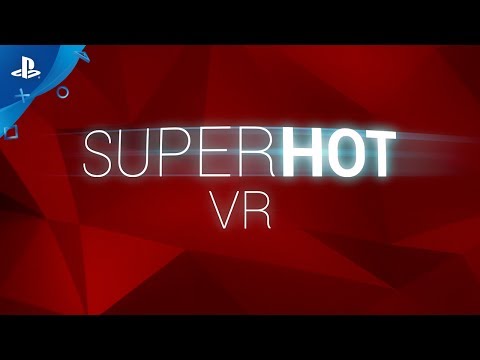 Blurring the lines between cautious strategy and unbridled mayhem, SUPERHOT VR is the definitive VR FPS in which time moves only when you move. No regenerating health bars. No conveniently placed ammo drops. It's just you, outnumbered and outgunned, grabbing the weapons of fallen enemies to shoot, slice, and maneuver through a hurricane of slow-motion bullets.

Decisive winner of dozens of VR Game of the Year awards, SUPERHOT VR is a title reimagined and redesigned from the ground up for VR and hand tracking controllers. The fruit of over three years of focused trailblazing, SUPERHOT VR brings the visceral action of SUPERHOT directly into your head and soul. And now also - directly into your PSVR. 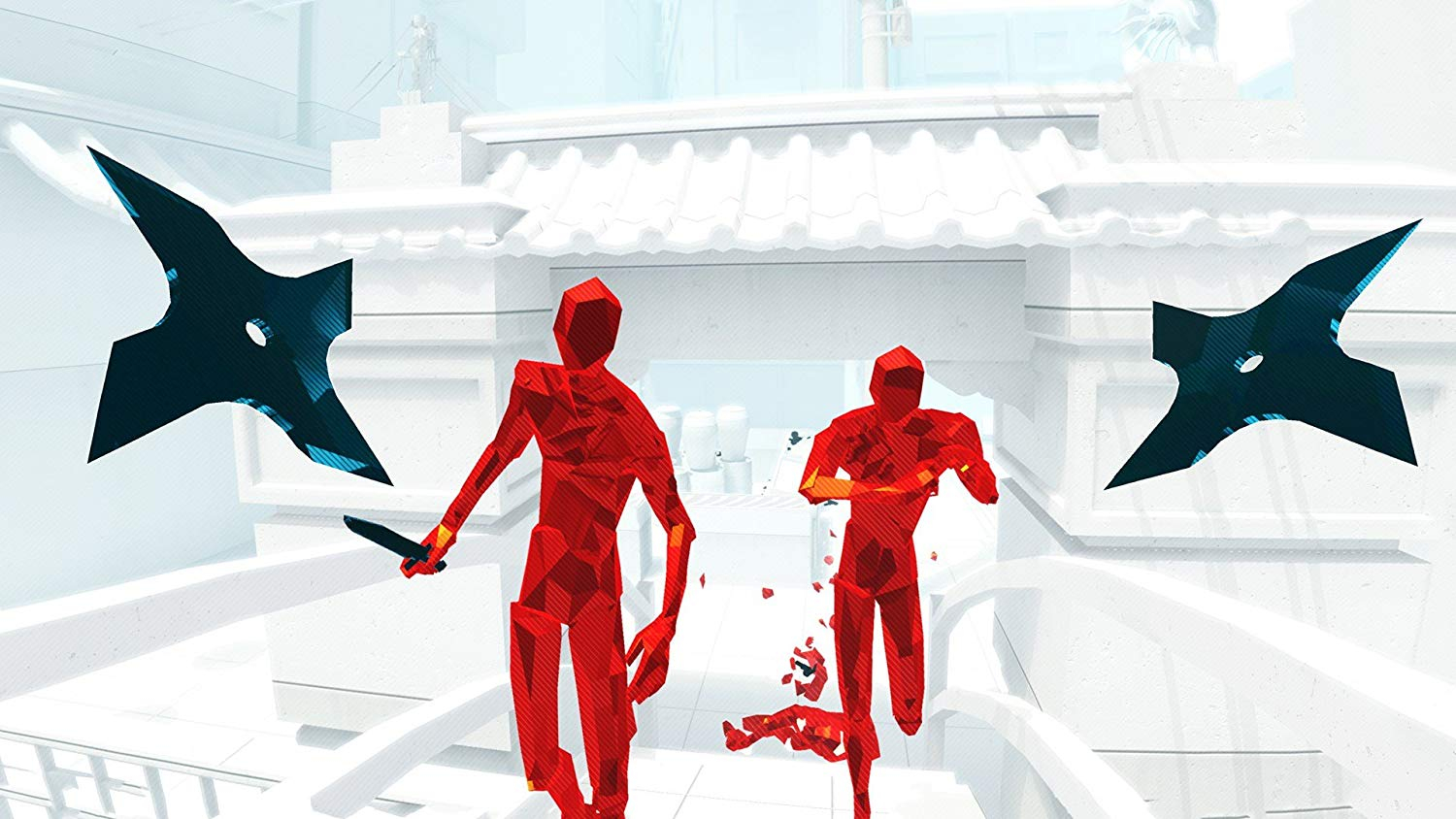 PostTweetShare Share with WhatsApp Share with Messenger
Community Updates
Playstation PSN DealsPlaystation PSN Discount Codes
If you click through or buy, retailers may pay hotukdeals some money, but this never affects which deals get posted. Find more info in our FAQs and About Us page.
New Comment Subscribe Save for later
20 Comments
27th Jul 2019
Great game, my boys love it.
27th Jul 2019
Fantastic game. Not particularly deep and you'll likely finish it pretty quickly, but it's an amazing demo for the VR tech and gives you that "I'm in The Matrix" feeling
27th Jul 2019
Worth it one of the best psvr games first time blew me away!
27th Jul 2019

Perfect description!
27th Jul 2019
Crap on PSVR compared to the Quest, yes I have both versions and haven't gone back the the PS or PC version since.
27th Jul 2019
I’m absolutely useless at this, can’t get the hang of throwing weapons. Great fun though!
27th Jul 2019
The only really good game on the PSVR, in my opinion.
27th Jul 2019

Explain? I have it on PC and PS4... It's a basic game with basic graphics that uses VR with amazing results.

Apart from the wireless aspect what can the quest be so much better at?
27th Jul 2019

The only really good game on the PSVR, in my opinion.

The psvr's mediocre tracking shows when you compare the wireless freedom of the quest, no comparison really.
27th Jul 2019

Ah, so you can't set your camera up correctly.. thanks for explaining.
27th Jul 2019

Ah, so you can't set your camera up correctly.. thanks for explaining.

Do not want to get into this... The move are not as good as the Oculus and Vive variants, you are totally correct.

The move work flawlessly in the likes of Super hot and beat saber if set up correctly. There are no limitations I have seen. The move are very difficult to get working 100%
Edited by: "SavageDonkey" 27th Jul 2019
27th Jul 2019

Isn't comparing the Quest to the PSVR a bit redundant?

The Quest is newer tech for a start and getting a decent PC and the Quest is considerably more expensive than the PS4&PSVR.
27th Jul 2019

The only really good game on the PSVR, in my opinion.

Really? You didn't like I Expect You To Die, Statik, Surgeon Simulator, Until Dawn Rush of Blood, any of the driving games, or Resident Evil?
27th Jul 2019

Nah, I didn't. I never played RE7, but the rest I didn't like. Farpoint was ok too. I sold my PSVR after I had heard that Apex Construct was good, got it and thought it was crap. Same with Arizona Sunshine. Luckily I managed to sell the PSVR and Move controllers for what I paid for them. PSVR came a generation too soon for me, hopefully it improves a lot on the PS5.
27th Jul 2019

Each to their own I guess....I've found it to be really immersive (though I was fortunate not to feel any significant motion sickness/dizziness which I guess can ruin the experience from the outset for some), and there are some innovative game formats (for example Keep Talking and Nobody Explodes) but I do also look forward to next gen VR, as the thing I found most disappointing with the PSVR (mine's v1) was the resolution - not really a dealbreaker for gameplay but I was hoping to use it for watching 3D movies and it's offputtingly poor compared to watching on my (pretty old) 40" 1080p Samsung 3DTV.

Edit: Given the spec. of the VR I obviously wasn't expecting it to outperform the TV, but didn't realise how much I appreciate the quality until I compared the two.
Edited by: "Aliwoo18" 27th Jul 2019
28th Jul 2019

Try to keep wrist straight, I struggled to throw when weapons as I was twisting my wrist on the throw. Once I figured this out it was fine.
28th Jul 2019
Thanks, I’ll try that. It’s a great game, just wish I was better!

Personal PSVR highlights for me so far:

Headset has been worth it for those alone