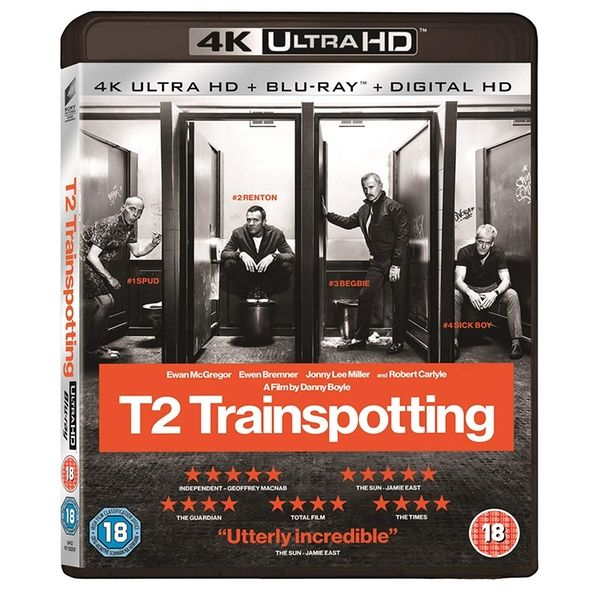 Twenty years have gone by. Much has changed but just as much remains the same. Mark Renton (Ewan McGregor) returns to the only place he can ever call home. They are waiting for him: Spud (Ewen Bremner), Sick Boy (Jonny Lee Miller), and Begbie (Robert Carlyle). Other old friends are waiting too: sorrow, loss, joy, vengeance, hatred, friendship, love, longing, fear, regret, diamorphine, self-destruction and mortal danger, they are all lined up to welcome him, ready to join the dance.

I quite like it though
15th Jan
Good movie. £6.99 in-store at HMV if you have one near by.
15th Jan
After the energy, and shockingness of first film, this is rather tame, and ultimately disappointing..but hey, only my opinion..
15th Jan
Best bit was Dads Best Friend, The Rubberbandits!