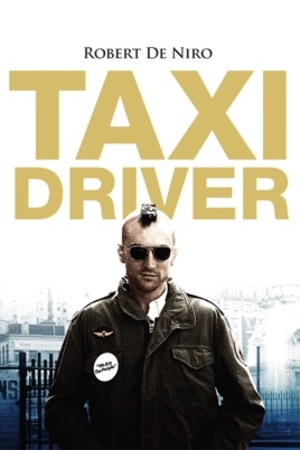 Thought this was pretty decent for being in 4K and pretty highly rated movie.

"Considered among the best films of all time, Martin Scorsese's Taxi Driver was nominated for Academy Awards® for Best Picture, Best Actor (Robert De Niro), Best Supporting Actress (Jodie Foster) and Best Original Score (Bernard Herrmann). Solitary, alienated, and emotionally scarred from Vietnam, taxi driver Travis Bickle (De Niro) works the night shift in Manhattan.Though the world around him is teeming with life, Travis is unable to connect with anyone. His date with Betsy (Cybill Shepherd), a beautiful campaign aide, fails when he takes her to a porno movie. He tries to save a 12-year-old prostitute, Iris (Foster), from her pimp, Sport (Harvey Keitel) - though it's unclear Iris wants to be saved. Travis's pent-up anger and misplaced loyalty finally boil over in a paroxysm of revenge and violence."
PostTweetShare Share with WhatsApp Share with Messenger
Community Updates
ITunes Store DealsITunes Store voucher
If you click through or buy, retailers may pay hotukdeals some money, but this never affects which deals get posted. Find more info in our FAQs and About Us page.
New Comment Subscribe Save for later
7 Comments
19th Nov 2019
Good price, best it been seen since September when it was the same price. I'll vote hot, but I'll hold off on buying for now, as it has been cheaper. Now I've been informed about the sales lol. I'm not desperate for this one, I know it has great reviews and reviewed as one of the best movies ever. I've not seen it yet and not in a rush to see it either, like Braveheart or Dances with Wolves.
Edited by: "peter1969uk" 19th Nov 2019
19th Nov 2019
Travis Bickle could be Arthur Fleck’s Dad. 🤡
19th Nov 2019

Braveheart and Dances With Wolves are good, but heavily flawed and made for a Hollywood audience. Taxi Driver is an unforgiving, raw depiction of a deeply troubled individual. It’s as brutal as it is memorable and whilst it’s not something you’d watch regularly, it’s certainly a classic that everyone should see. It’s also a good opportunity to see De Niro when he was all about his craft, before he became obsessed with his crazy political views.
19th Nov 2019

Peter, do you use the app called CheapCharts? Pretty much essential to keep track of prices and see when they were cheapest etc. Definitely give it a bash if you've not got it mate.

deleted72028
19th Nov 2019
"Are you talkin to me? Are you talking to me, punk? you gotta ask yourself a question, do you feel lucky? Well I'm the only one here, so I must be lucky, punk" Amazing film, watch it every weekend.
19th Nov 2019
They made some great movies in the 70s
Taxi driver, The Godfather, The French connection , The Deer hunter, Deliverance ,Midnight express , Mad max , Alien , Jaws, Rocky, Star wars, The exorcist , The omen, and many many more
I doubt anyone will remember todays movies in 40 years time !
20th Nov 2019

They made some great films. Unless you’re American, then they are movies. You are correct, every single one a classic.