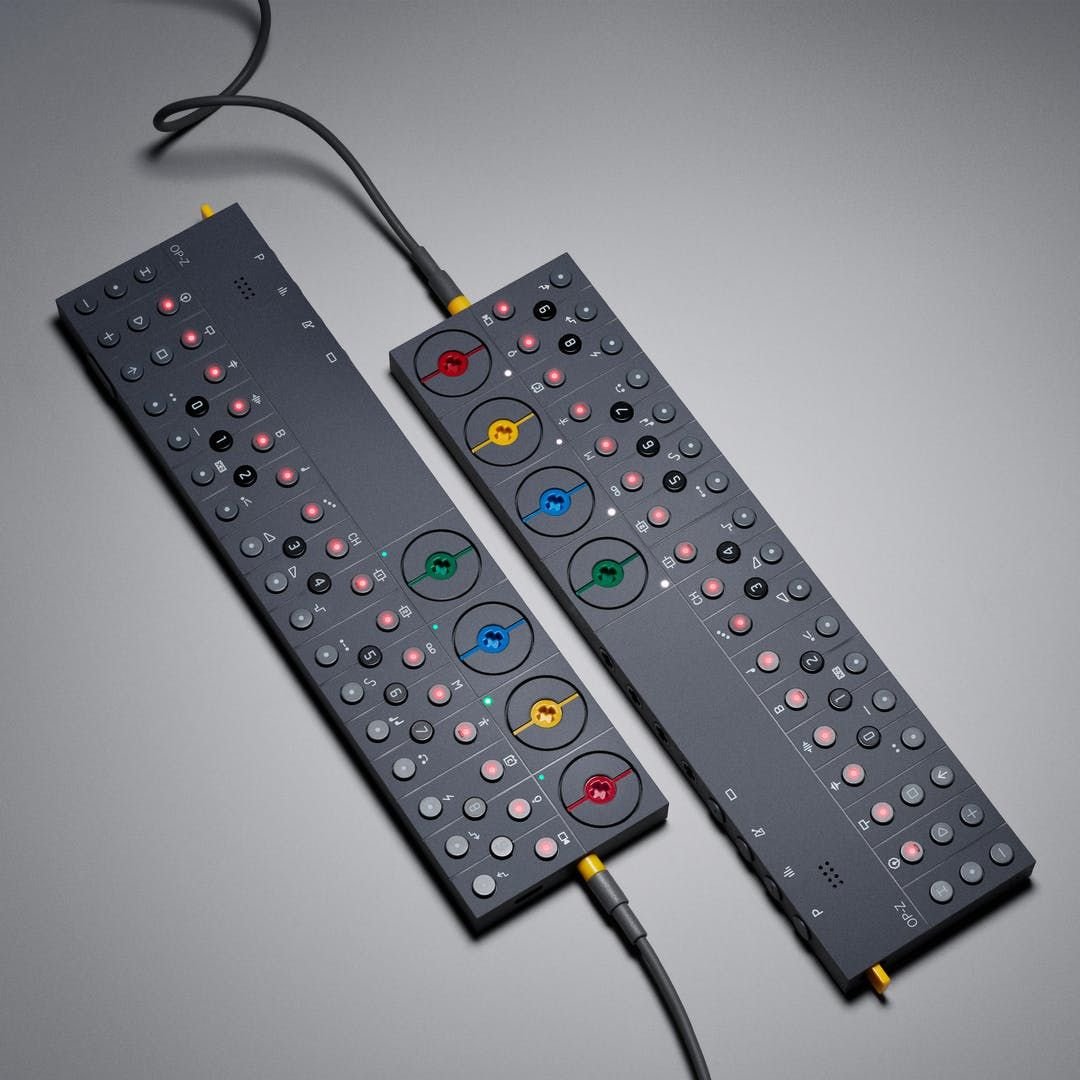 £439£52917%
2
Get deal*Get deal*
2Get deal*Get deal*
Posted 16th May
Create sequences, sounds and even sequence images all with a compact single unit. The Teenage Engineering OP-Z opens up a world of creativity and capabilities you could not imagine from such a compact product. OP-Z Offers an advanced 16 track sequencer with totally independent synth, sample and control tracks including step and live sequencing + DMX lighting and image/ 3D image sequencing and all with a screen of your choice with the wireless app connectivity and bring your own screen technology.

BYOS - Bring Your Own Screen
Yes the OP-Z has no screen but this means you save money and can have a bigger and better screen - your iOS device! Using wireless technologies and the free app the OP-Z uses your iOS device as its screen This offers much better control and clarity than a small built-in screen.

Graphic And Image Sequencing
With the introduction of using your iOS screen comes some amazing new features for sequencing images. Take snaps and create a synchronized music video in seconds. Dropbox is also supported so you can use any graphic for use in your production instantly and without cables.

Full Unity 3D Integration
teenage engineering have worked closely with keijiro takahashi and the unity tokyo studio to fully integrate OP-Z with the unity game engine. As keijiro-san is both a full time software evangelist at unity and a renowned VJ at night, TE have had access to a selection of keijiro-san's personally developed tools and shaders which deliver stunning 3D graphics that run at full speed on iphone or ipad. keijiro-san's tool-set and real life experience in performances with motion graphics have been invaluable in making OP-Zan inspiring live tool for moving images in sync with music. The weakest point of VJ-ing has always been the creation of content. By exposing the inner control data of the OP-Z and linking it to unity, users can create anything within unity, build the project and just drop the build to a dropbox folder. customizing every single polygon in a performance.

Independently Controlled Tracks And Component Control
The focus of the OP-Z is the 16 track sequencer where each track is independent. Tracks can run at different speeds and have different lengths creating amazing variation and breaks the usual repetitive nature of 16 step sequencing. On top of this - each step can be modified by other steps they call step components. Think of it almost as a multi-layer sequence where one layer offers the note then another layer can offer components that control those notes. The second layer could add variation per cycle, note variation, micro sequencing, direction, parameter changes, re-trig's and much more, all on just one single step.

There are 14 components in the OP-Z sorted into 3 groups: triggers, note variations and specials. All 14 components have 10 values and behavior programs meaning there are 140 ways to alter just one single step of your track! And don;t worry if your performing in low light on stage or in the studio - all buttons have LED lighs and even the text on the OP-Z has a special glow in the dark print.

Tape - Unique And Powerful Audio
Tape isa unique feature which is secretly running constantly in the background. It records your performance so you can instantly then use that with its dedicated track to trigger hit points and length and speed of the captured audio. This allows for some amazing performance creativity.
PostTweetShare Share with WhatsApp Share with Messenger
Community Updates
New Comment Subscribe Save for later
2 Comments
16th May
1 In Stock and about £452 elsewhere.
16th May