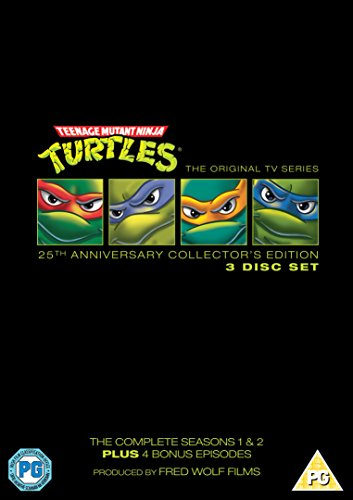 This dropped down from £10 overnight, which is the price it had been sitting at for a while on Amazon. It's is a better price than what a used copy is selling for. 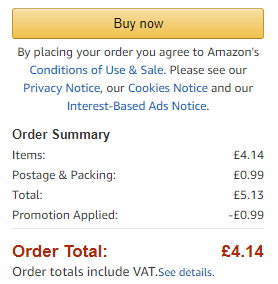 GET READY TO YELL ‘COWABUNGA DUDES’ ONCE AGAIN AS THE MOST AWESOME REPTILES IN THE UNIVERSE, THE TEENAGE MUTANT NINJA TURTLES®, ‘RAISE SHELL’ FOR THEIR 25TH ANNIVERSARY.

You remember the story; Leonardo™, Donatello™, Michelangelo™ and Raphael™were once regular pet shop turtles until an accident hurtled them into the city sewer and mutant goo transformed them into a totally awesome foursome! Fighting for good against the evil Shredder™ and his terrifying Foot Clan™, and aided by their Sensei, Master Splinter™, and the feisty reporter April O’Neil™, these pizza-eating heroes are a ‘turtally’ phenomenal team.

So kick back with a slice of pizza and relive the thrills and spills of the original episodes of the TEENAGE MUTANT NINJA TURTLES® with the complete seasons 1 and 2. Altogether now, COWABUNGA DUDES!
PostTweetShare Share with WhatsApp Share with Messenger
Community Updates
6 Comments
Post a comment