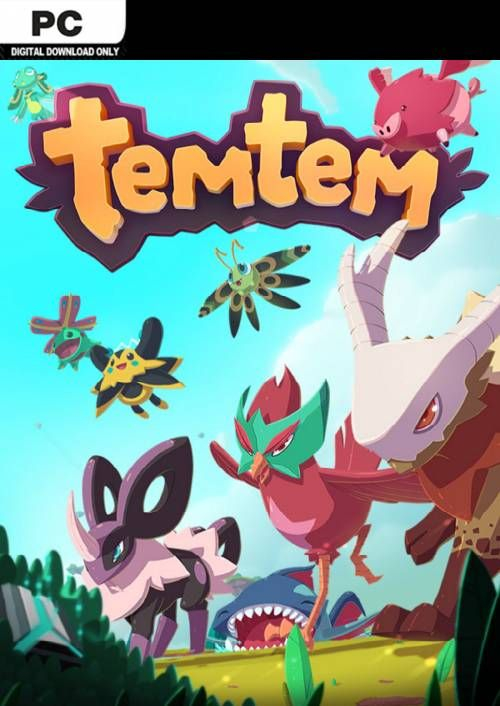 Temtem is a monster-catching game (read: Pokemon-like) that does a lot of things that fans of the Nintendo franchise have been waiting forever. It's a MMO where you create your character and go on your journey, playing the story as well battling against real opponents and challenging eight dojos in order to be ranked as a top-class tamer.

You can join forces with friends too! Since it's an online game, you can take part in dual battles against real enemies or dojo leaders. Regarding its MMO-elements, Temtem is an online-only game, and you will be able to customize your home, your character and more as the game still is going to get many updates in the future.

Right now the game is averaging over 7000 players on Steam, so you will definitely find lots of people, either to battle or to make friends and take on the game challenges together.

This is a historical low on the game, beating all recorded prices on GG.Deals as well CDKeys previous discounts.
PostTweetShare Share with WhatsApp Share with Messenger
Community Updates
CDKeys DealsCDKeys voucher codes
New Comment Subscribe Save for later
16 Comments
13th Feb
Word of caution, I was absolutely loving this until the recent patch rendered unplayable for me (just black screens on start up). I googled it and it seems to be a common issue if playing on a laptop. I have DM'ed the developers on Twitter and emailed them but had no reply.

Just a heads up and before anyone asks I have an 8GB ram MSI gaming laptop so should run it fine.
13th Feb
If you like indie games you better buy them from non-grey key sellers. Each sale counts for those guys.
13th Feb

Don't entertain the people who moan about cdkeys, they never have any proof and are complaining on a deal website.
13th Feb

It's still an ethical question worth pondering, anything that helps buyers make a more informed choice can only be a good thing (blanket statement, I don't know if Cdkeys is dodgy or not).
13th Feb

I wouldn't say dodgy, they just acquire keys from countries where the keys are cheaper
13th Feb
They're not like g2a who sell keys bought with stolen cards
13th Feb
Enjoying this - the bits in the game work well are fairly polished.

It's really a single player game. The MMO elements are non existent at this stage.
13th Feb

I hope the devs still get a fair cut
13th Feb

I hope the devs still get a fair cut

Well, I hope its a decent chunk of change either way.
14th Feb

Who do you think generates the keys? Soon as a key is made and used they make the same money either way... this comment is so dumb.
14th Feb

No they don't, what a ridiculous thing to say. Why would you even comment if you have no idea about how the process works?