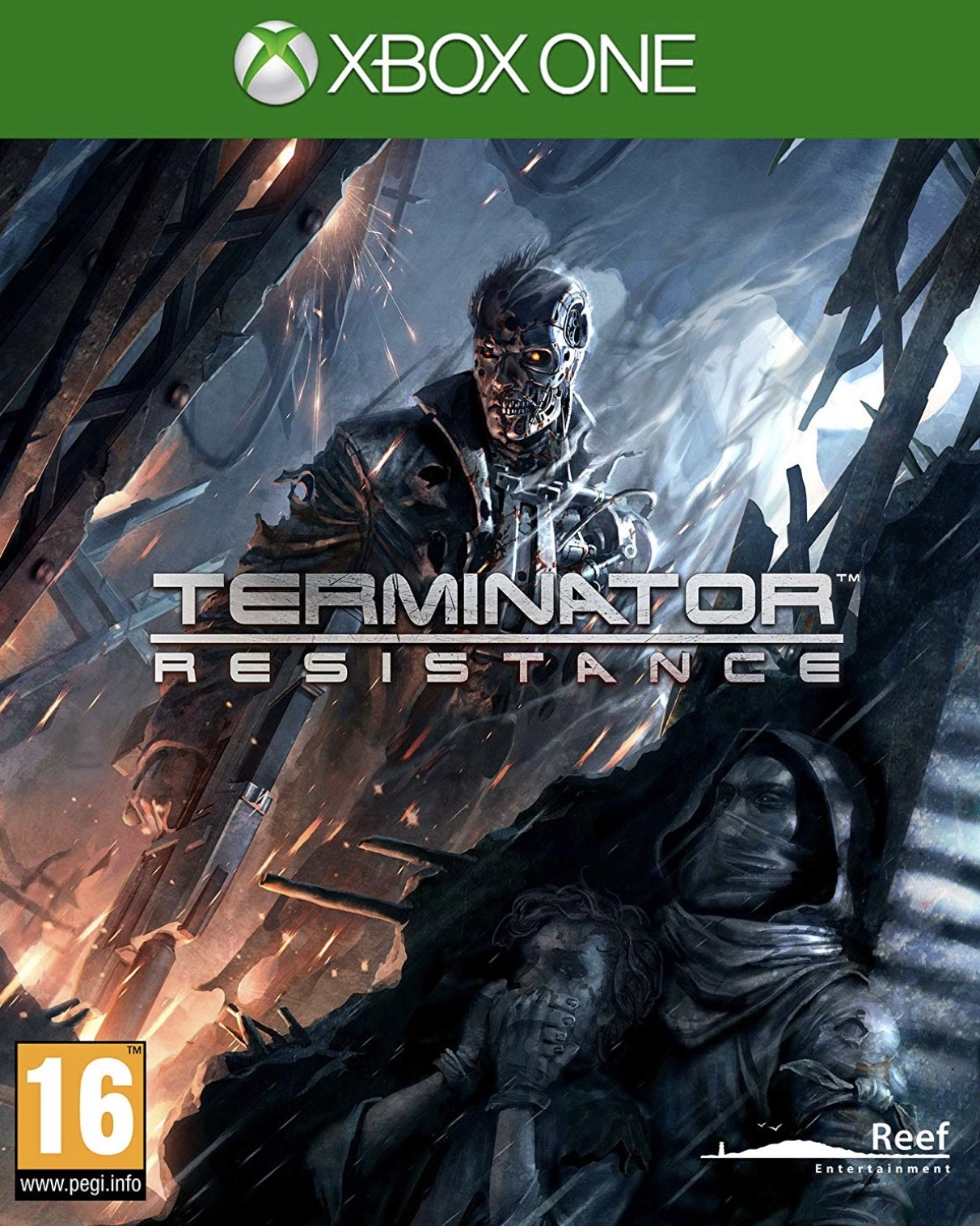 **Dutch and French on cover**

**Game is fully English inside**

Terminator: resistance is an officially licensed, first-person shooter set during the 'future war' Scenario that was only glimpsed at in the iconic films from James Cameron, 'the Terminator' And 'T2: Judgement day'. This story takes place in a post-apocalyptic Los Angeles, nearly 30 years after Judgement day, and stars a brand new hero in the Terminator universe, Jacob rivers, a soldier in the Resistance led by John Connor. Despite the fact that Jacob is just a lowly private, he'll soon discover that he's been specifically targeted by the latest threat from skynet and marked for termination! Skynet may be destined to lose the war, but at what cost to Jacob? Experience the events leading up to the decisive final battle for the fate of mankind in the war against the machines!.
Features:
Choose what kind of action hero you want to be! Equip an epic arsenal of weaponry to run and gun or sneak and snipe through sprawling environments! The world isn't as forgiving as it used to be so you'll need to find resources to help you out. If you can't find what you're looking for, then you better make it yourself.
change the fate of mankind! Protect a motley crew of survivors, each with their own motivations and backstories. The actions you take throughout the game will impact their survival and change the ending you get.

Resist against the machines! Fight against A selection of iconic enemies from the films, including the t-800, as well as a host of enemies that are brand new to the Terminator universe!

All orders placed by 2 PM are dispatched same day
PostTweetShare Share with WhatsApp Share with Messenger
Community Updates
EBay DealsEBay discount code
New Comment Subscribe Save for later
8 Comments
24th Feb
A fantastic game if you're into the Terminator franchise and have a spare £20 note lying around.
24th Feb
Needs to be £15 for me to bite and English copy to trade in or sell
24th Feb
Shockingly decent for a basic shooter with a Terminator theme to it. I berated this to death when announced and bought it on a whim the other week and completely rinsed it. A nice easy 1000 points too
24th Feb
Looks pretty good this and has some good reviews! I think this came as a bit of a surprise.
24th Feb
Just another £9.95 to go..
24th Feb
Worth 20 pretty basic and boring the a.i is terrible lol
24th Feb
Modern day equivalent to Aliens: Colonial Marines
25th Feb