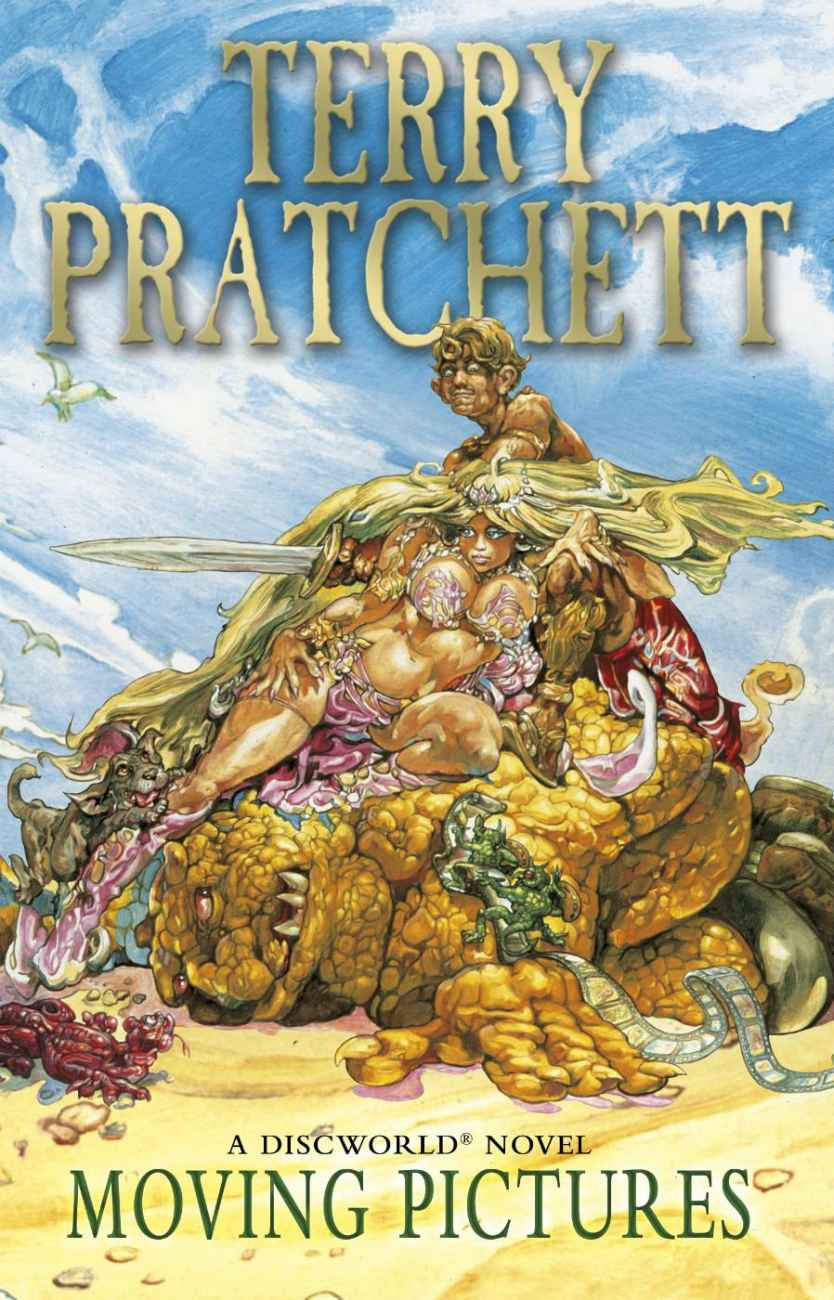 A new month (and new year!) brings a new pair of discounted books from the magnificent Terry Pratchett:

Alchemists have always thought that they can change reality, shape it to their own purpose. Imagine then the damage that could be wrought on the Discworld if they get their hands on the ultimate alchemy: the invention of motion pictures, the greatest making of illusions. It may be a triumph of universe-shaking proportions. It's either that or they're about to unlock the dark secret of the Holy Wood hills - by mistake...

2070-71. Nearly six decades after Step Day and in the Long Earth, the new Next post-human society continues to evolve.
For Joshua Valienté, now in his late sixties, it is time to take one last solo journey into the High Meggers: an adventure that turns into a disaster. Alone and facing death, his only hope of salvation lies with a group of trolls. But as Joshua confronts his mortality, the Long Earth receives a signal from the stars. A signal that is picked up by radio astronomers but also in more abstract ways – by the trolls and by the Great Traversers. Its message is simple but its implications are enormous:

The super-smart Next realise that the Message contains instructions on how to develop an immense artificial intelligence but to build it they have to seek help from throughout the industrious worlds of mankind. Bit by bit, byte by byte, they assemble a computer the size of a continent – a device that will alter the Long Earth’s place within the cosmos and reveal the ultimate, life-affirming goal of those who sent the Message. Its impact will be felt by and resonate with all – mankind and other species, young and old, communities and individuals – who inhabit the Long Earths…
PostTweetShare Share with WhatsApp Share with Messenger
Community Updates
Amazon DealsAmazon discount code
If you click through or buy, retailers may pay hotukdeals some money, but this never affects which deals get posted. Find more info in our FAQs and About Us page.
New Comment Subscribe Save for later
1 Comment
1st Jan
If you love reading and have never tried a Discworld novel then do yourself a favour and
have a go, lol I have had more laughs reading these books than I can remember and as I get older I get to read them all over again for the "First" time (memorys getting worse) and they are even better than I dont remember lol