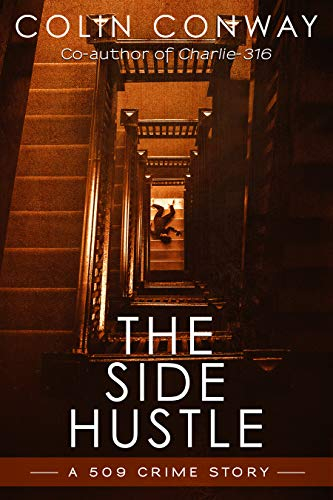 Book 2 is HERE
The Side Hustle

A financial blogger’s death. A detective’s shameful secret. Murder binds them together.

A young man is found dead at the bottom of his stairs.

Could it simply have been an accident or was it something more sinister?

That’s the question Major Crimes Detective Quinn Delaney must answer. Along with his partner, Detective Marci Burkett, Quinn soon discovers that there are unseen layers when it comes to this case.

Unfortunately, someone’s meddling in the investigation—a friend of the deceased hoping to help. He’s sticking his nose where it doesn’t belong, causing the wrong people to take notice, and creating new problems for the detectives.

Secrets, lies, and double crosses will be exposed as they hunt for the truth.

But Quinn has his own secret he’s hiding from both his partner and the department—one which could derail his career.

Can he find the murderer while keeping his secret intact?

A thirty-year old case. A body discovered in the snow. For one grieving detective, it's going to be a long, cold winter.

After the passing of his wife, Major Crimes Detective Dallas Nash is handed a cold case to ease him back into the job.

Three decades prior, a teenaged girl was strangled to death. Upon examining her file, Nash makes a startling revelation--as a teenager, he saw the girl shortly before that fateful day.

Soon, Nash is dispatched to a separate wintery crime scene. Amid a heavy snow fall, there are no witnesses and no suspects to the murder.
As the temperature remains freezing under a heavy gray sky, can Dallas Nash find two killers--one of which has remained hidden for thirty years?
PostTweetShare Share with WhatsApp Share with Messenger
Community Updates
3 Comments
Post a comment