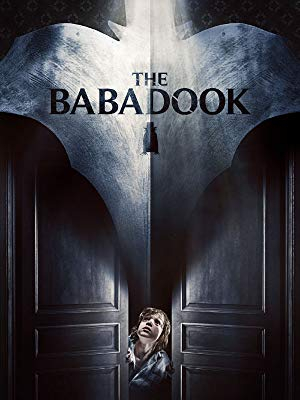 Six years after the violent death of her husband, Amelia is at a loss. She struggles to discipline her 'out of control' son Samuel. Samuel's dreams are plagued by a monster he believes is coming to kill them both. When a disturbing storybook called 'The Babadook' turns up at their house, Samuel is convinced that the Babadook is the creature he's been dreaming about.
PostTweetShare Share with WhatsApp Share with Messenger
Community Updates
Amazon DealsAmazon discount code
If you click through or buy using any of our links, retailers may pay hotukdeals some money, but this never affects which deals get posted. Find more info in our FAQs and About Us page.
New Comment Subscribe Save for later
Top comments
20th Dec 2019
Terrible film
12 Comments
20th Dec 2019
Dook dook dook....
20th Dec 2019
Terrible film
20th Dec 2019
The start of this film was kinda genius, the emotional journey they bring the viewers on with the single mum and her needs, the mysterious Badadook and the slight but strange things that were occuring

That's when it went mad

Disagree. One of the best horrors in recent years. Stands up well in the company of other slightly different horrors such as Bone Tomahawk, the Iranian pair - Under the Shadow and A Girl Walks Home Alone at Night, A Quiet Place, Hereditary and It Comes at Night.
20th Dec 2019

Isn't it more a manifestation of her madness?

I wasn't too sure

Either way, this could have been epic

It would have worked if Badadook never actually appeared visually

He just looked a bit stupid
20th Dec 2019
I'm a horror fan, and it was a let down. Hats off to the trailer editor as the 3 minute trailer was better than the movie. Had massive potential, but didnt deliver.
21st Dec 2019
Very good film tbf.
21st Dec 2019

Fully agree. Would add Let the Right One in and It Follows to that list
21st Dec 2019