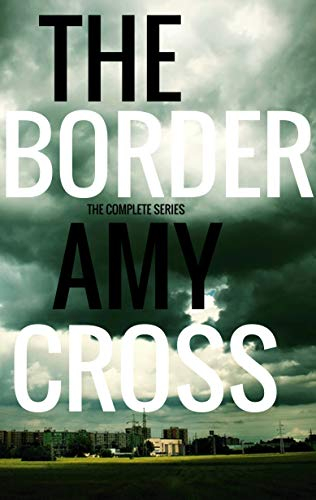 The Border: The Complete Series by Amy Cross FREE on Kindle @ Amazon

“The stag-headed man is back. He needs more hearts for his collection.”

When Ben Freeman returns home after many years on the road, he immediately starts causing trouble. He knows exactly what his family thinks of him, but he doesn't care. He knows they suspect him of being a killer, responsible for several brutal murders during his previous visit. Ben, however, is more interested in something that happened at a remote farmhouse when he was a teenager, something that first hinted at the existence of a place known as the Border.

And this time, he's not willing to ignore the evil that hides beneath the town.

After years of ignoring the truth, the residents of Bowley must finally face the darkness that waits in the shadows. The stag-headed man is on the loose again, hunting for human hearts to add to his collection. The ghost of a deal girl has started appearing to some of the locals, warning of terrible consequences if crimes remain unpunished. And deep down beneath the town, another girl discovers the dark secret that keeps the town safe, and finds a jar of hearts stretching back many decades.

Stephen
Fresh from the convent, Beryl Seaton accepts a position as governess for the Brooks family. When she arrives at the family's remote house, however, she discovers that a terrible secret is waiting for her in the nursery. Something so horrific, it chills Beryl to her core. Yet her desire to help is so strong, and so genuine, that Beryl nevertheless struggles to look after their son.

A House in London
"You'll love our little Ivan. He's such an easy boy to love."

Short of money after moving to London, Jennifer Griffith accepts a job babysitting for a wealthy couple. When she arrives at their house, however, she quickly learns that this particular baby isn't quite what he seems.
PostTweetShare Share with WhatsApp Share with Messenger
Community Updates
Amazon DealsAmazon discount code
New Comment Subscribe Save for later
4 Comments
19th Jan
Thank you ‌
19th Jan
Wicked justexumed. thank you very much. Great holiday read
19th Jan
Cheers, that's the week sorted:)
19th Jan
Thank you