Please see the Footer of Amazon page for further information on Delivery, Returns, and Amazon Prime.
Paperback is £7.99

Nevertheless, this book presents ten biographies of classic bands of the era widely regarded as the best of the best, putting their contributions to music in sharp focus.

And what contributions they have made! Over half a century later, their songs still ring out on radios, their names are well-known to many, and songs released today are inspired by the music they produced.

And after reading up on the top ten bands, you can head over to my website to read the free BONUS chapter on ten bands that will broaden your picture of the best ‘60s pop music!

The leading bands of the British Invasion inform so much of what modern pop music is today, and have influenced popular culture in countless ways. If you’re looking for the definitive overview of the key figures of the era and the ways they changed music for good, pick up your copy of The British Invasion: The Best ‘60s Pop & Rock Music today! 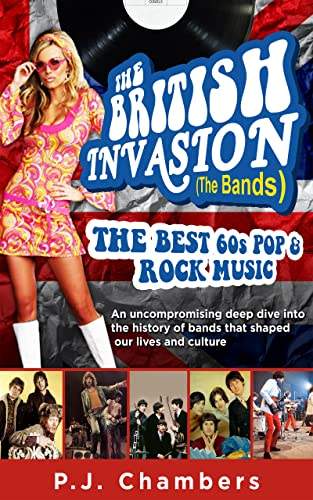