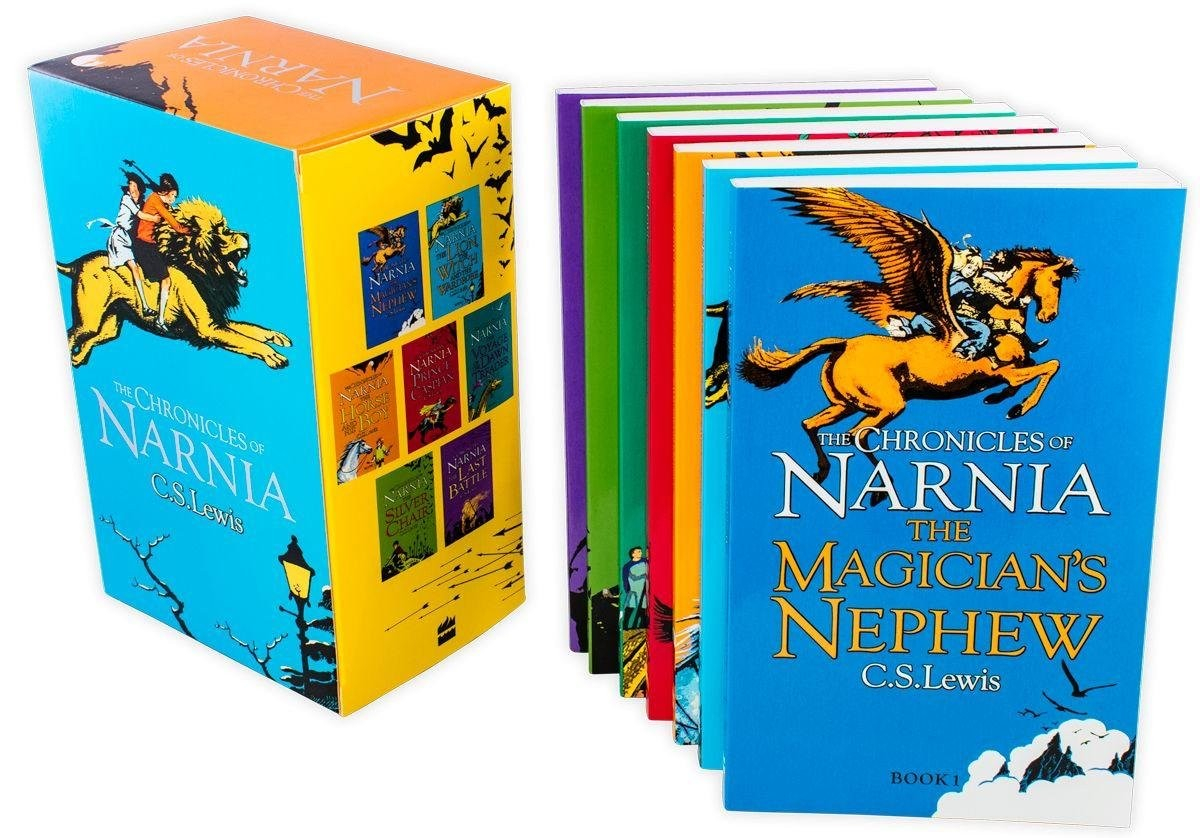 Perfect gift to start little ones or adults on the Narnia ladder. Cheapest online price.

Prince Caspian is in terrible danger when his wicked uncle, King Miraz, decides to get rid of the young heir to the throne. In desperation, Caspian blows the magic horn, calling on Peter, Susan, Lucy and Edmund in Narnia's hour of need.

The Voyage of The Dawn Treader

This is the fifth adventure in the exciting Chronicles of Narnia. When Lucy, Edmund and their awful cousin Eustace are suddenly swept into the picture of a sailing ship, they find themselves in the magical kingdom of Narnia, and on a voyage of discovery to the End of the World.

Prince Rilian, Caspian's beloved son, has mysteriously disappeared, and Jill and Eustace are brought into Narnia by Aslan, the great Lion, to find him. But an evil enchantress has dire plans for the prince, and for Narnia

A false Aslan is commanding all Narnians to work for the cruel Calormenes and striking terror into every heart. Jill and Eustace find themselves called into Narnia once more, this time to aid King Tirian in the mightiest of all battles

The Lion, the Witch and the Wardrobe,

Peter, Edmund, Susan and Lucy stumble upon the world of Narnia. Here, Winter and the White Witch are the greatest threats and the children must join forces with the great lion, Aslan, to battle against the evil enchantment.

The Horse and His Boy,

Shasta, the slave boy, meets Bree, a talking horse, and together they flee on a wild and dangerous journey through strange cities, eerie tombs and harsh deserts in search of Narnia, where there is freedom and safety.
PostTweetShare Share with WhatsApp Share with Messenger
Community Updates
Books2door DealsBooks2door Discount Codes
If you click through or buy, retailers may pay hotukdeals some money, but this never affects which deals get posted. Find more info in our FAQs and About Us page.
New Comment Subscribe Save for later