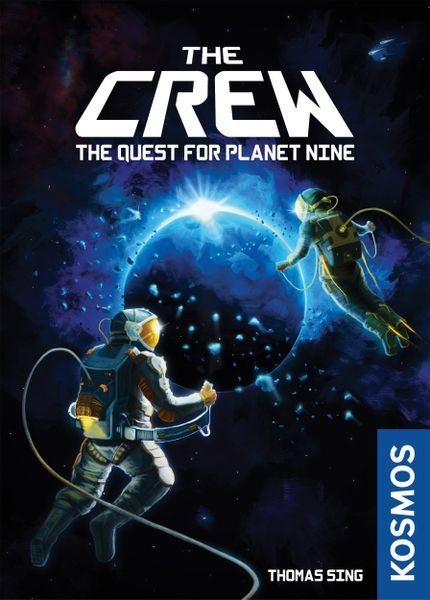 Great price for this, yes it's in German but waiting for the English version to be stocked could be a while and unlikely to be any cheaper than this I'd say.

8.1 on BGG. No NBP added as no other UK stockists that I can find.

In the co-operative trick-taking game The Crew: The Quest for Planet Nine, the players set out as astronauts on an uncertain space adventure. What about the rumors about the unknown planet about? The eventful journey through space extends over 50 exciting missions. But this game can only be defeated by meeting common individual tasks of each player. In order to meet the varied challenges, communication is essential in the team. But this is more difficult than expected in space.

The team wins only if every single player is successful in fulfilling their tasks.
PostTweetShare Share with WhatsApp Share with Messenger
Community Updates
Amazon DealsAmazon discount code
New Comment Subscribe Save for later
7 Comments
5th May
English rules link here
5th May
Thanks ordered

Not yet, family wouldn't be bothered about it. Will get one at some point though. Let me know how you get on
5th May
Will do

It's supposed to be great and one I'll no doubt get for work at some point.
Won a golden geek too
5th May
For work??

You'll have to explain that, lol
5th May

For work??You'll have to explain that, lol

Lunchtime. Obviously not at the moment