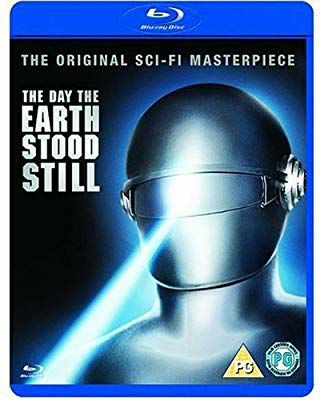 Love this film, got good memories of watching it when I was a wee lad:

An alien and his bodyguard land on earth to deliver a very important message to leaders around the world, which could determine the earth's survival

The film's storyline involves a humanoid alien visitor named Klaatu that comes to Earth, accompanied by a powerful eight-foot tall robot, Gort, to deliver an important message that will affect the entire human race. 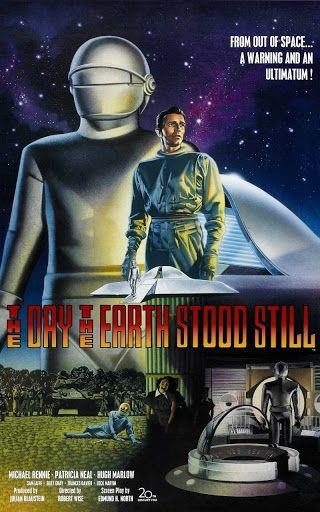 Classic! Great movie, a lot better than the modern remakeHeat!

I liked that bit too, especially as they try to encase and entomb Gort, the fools!!
Edited by: "Maevoric" 10th Feb
10th Feb 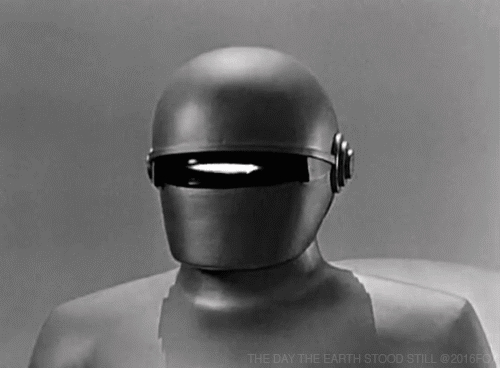 10th Feb
Apart from the stupid kid who is irritating! :-)
11th Feb
It's a classic movie.

I am Gort.
11th Feb
Is this worth the upgrade from DVD to Blu-ray ?????
11th Feb
I love a pointy sweater movie.
11th Feb
Classic. The remake didn't even come close
11th Feb
Amazing film with a very poignant message for our future! 👌
11th Feb
I love this film the remake was a big mistake as you can't improve on perfection. Heat added
11th Feb
Great film.Classic scenes.

Based on the Harry Bates short story "Farewell to the Master"
where the twist ending is a bit different.

Totally agree
19th Feb
Unexpired as back in stock