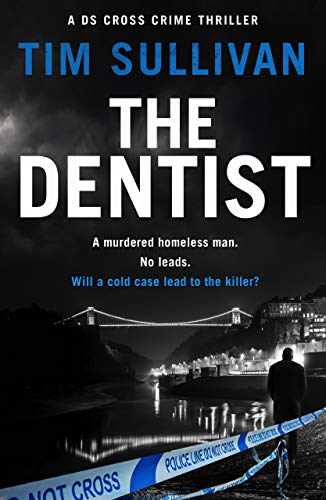 An outsider himself, DS George Cross is drawn to this case. The discovery of the dead man's connection to an old cold case then pulls Cross in further. Convinced this is where the answer to the murder lies, he sets about solving another that someone has spent the past fifteen years thinking they’ve got away with.

Cross’ relentless obsession with logic, detail and patterns is what makes him so irritatingly brilliant. It doesn’t exactly make him popular with colleagues or his superiors, though. He has numerous enemies in the force wanting to see him fail.

Red flags are soon raised as suspicious inconsistencies and errors in the original detective’s investigation come to light. Now retired, this ex-cop has powerful friends in the force and a long-standing dislike of Cross.

Set in picturesque Bristol in the Southwest of England, it’s not long before the city reveals its dark underbelly, in a case of intriguing twists and turns whose result astonishes even those involved.

Difficult and awkward, maybe. But Cross has the best conviction rate in Avon & Somerset Police. By far. Will this case put an end to that?
PostTweetShare Share with WhatsApp Share with Messenger
Community Updates
New Comment SubscribeSave for later
2 Comments
Post a comment