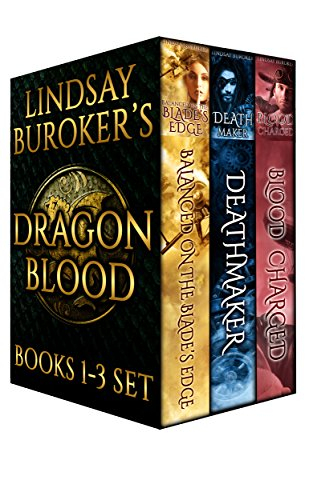 
A thousand years have passed since a dragon has been seen in the world. Science and technology have replaced magic, which has dwindled until it has become little more than an element of myth and legend.

There are those who still have dragon blood flowing through their veins, distant descendants of the mighty creatures of old. These rare humans have the power to cast magic, the power to heal, and the power to craft alchemical weapons capable of starting wars… or ending them. But they are feared for those powers, and in recent centuries, they have been hunted nearly to extinction.

The few remaining survivors must find a way to change how humanity perceives them or be lost to the world forever.


Audible Narration
PostTweetShare Share with WhatsApp Share with Messenger
Community Updates
Amazon DealsAmazon discount code
New Comment Subscribe Save for later
4 Comments
10th Feb
Where can I get the hard copies of these?
10th Feb
Bugger! I paid 99p for these on 9/4/2015, or so Amazon inform me. An excellent, while away the time, holiday read by the way.
10th Feb
Funny, I have this collection.... I guess a past HUKD
11th Feb
Strange... I still have an active deal for this...