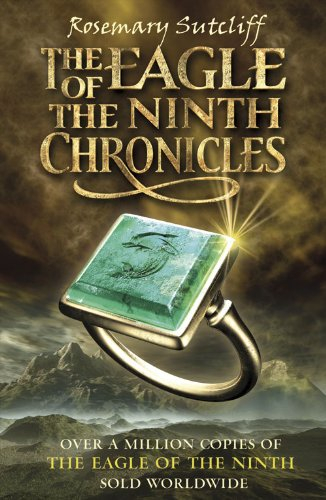 The Ninth Legion marched into the mists of northern Britain-and they were never seen again. Four thousand men disappeared and their eagle standard was lost. It's a mystery that's never been solved, until now . . . So begins the story of The Eagle of the Ninth, set against a backdrop of Roman Britain and featuring a young soldier, Marcus Aquila, who sets off into the unknown north to find out what happened to the lost legion. Following on from this are The Silver Branch in which two young soldiers uncover a plot to overthrow the Emperor, and The Lantern Bearers which is set at a time when the Romans are leaving the shores of Britain and tells of Aquila who, having served in the Roman army, is now returning home to his farm.
PostTweetShare Share with WhatsApp Share with Messenger
Community Updates
Amazon DealsAmazon discount code
New Comment SubscribeSave for later
3 Comments
2nd May
Enjoyable if you've read and enjoyed the recent The Letter For The King book.
3rd May
Read this and the rest of the series over 40 years ago as a youngster. A good book but pretty forgettable film.
3rd May
Thanks so much! Loved these as a child, and I've been meaning to get them for my children.