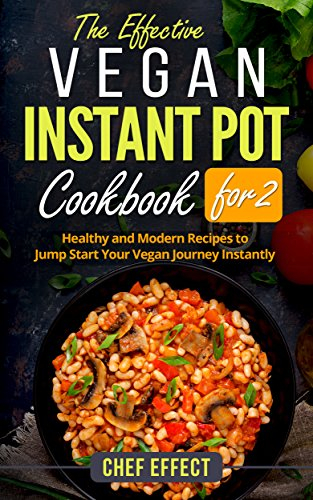 More and more people are joining the vegan revolution and in the United States alone, about one million people have adopted the vegan lifestyle.

This should not come as a surprise at all, since we all know the immense health benefits of eating more vegetables and fruits and less animal products.

Eating animal products shoots up the risk of heart disease, not only because of high cholesterol, but also because of the chemicals produced during digestion. When red meat, dairy products, and eggs are digested, a molecule called trimethylamine N-oxide (TMAO) is produced. High levels of TMAO have been associated with heart attacks and stroke.

By increasing one’s consumption of fruits and vegetables, and eating less meat and other animal products, one can help keep at bay not only heart disease but many other serious ailments as well.

Now, if you’re worried that a vegan diet might be too complicated, expensive, or inconvenient, here’s a cookbook that will convince you otherwise.

With the help of the Instant Pot, you can easily create dishes that are not only healthy but also enticing and appetizing.

This book is part of the Instant Pot Cookbook for Two Series and All the vegan recipes that you’ll find in chapter two are designed for two people.
PostTweetShare Share with WhatsApp Share with Messenger
Community Updates
Amazon DealsAmazon discount code
New Comment SubscribeSave for later
5 Comments
5th Jun
Thanks.
5th Jun
Lovely, thank you
5th Jun
Downloaded, thanks!
5th Jun
Thanks
5th Jun
For people who just want to get one up on the vegetarians ... yuppies lol