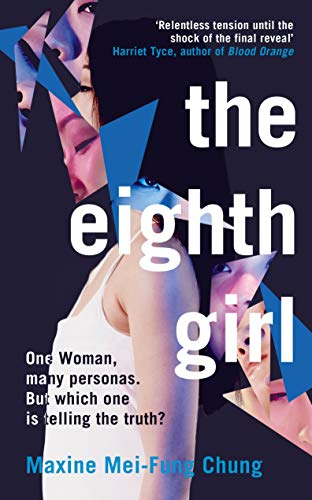 Alexa Wú is a brilliant yet darkly self-aware young woman whose life is manipulated and controlled by a series of alternate personalities.

One woman, many personas. But which one is telling the truth?

Only three people know the truth.

HER THERAPIST
HER BEST FRIEND
HER STEPMOTHER

When her best friend is plunged into danger, Alexa is soon drawn into London's cruel underbelly to save her.

But will the truth lead to self-discovery, or to self-destruction?

AN UNSETTLING AND PROVOCATIVE THRILLER ABOUT MULTIPLE PERSONALITIES, WRITTEN BY A PRACTISING PSYCHOANALYTIC THERAPIST


'This debut is a shocking and breath taking masterclass in characterisation and plot development. A dizzying thriller with a satisfying ending.'
'This was an exciting thriller that started of as a literal rollercoaster and never slowed down.'
'With so many twists & turns, this book left you guessing and wondering what was true & who or what to believe! Overall and intriguing look into the world of Dissociative Identity Disorder and all of it's complexity.'

"Intricately plotted and sensitively written, The Eighth Girl draws the reader into the dark heart of London's underworld with relentless tension until the shock of the final reveal." --Harriet Tyce, author of Blood Orange

[D]ark and disturbing, this psychological thriller, told in the voice of multiple unreliable narrators, is filled with surprises until the end, and is a fresh take on the suspense genre.--Booklist

Fans of psychological thrillers will be curious to see what Mei-Fung Chung comes up with next.--Publishers Weekly

"[S]tunning and disturbing...Chung's compelling debut plumbs the depths of trauma and its long-lasting effects on the human psyche."--Library Journal

"A multilayered and compelling exploration of Dissociative Identity Disorder. The author's expertise of the subject is clear. Intelligent, sensitive and totally engrossing."--Will Dean, author of the Tuva Moodyson Series

"Deftly written by an author whose professional expertise shines through, I was captivated by The Eighth Girl. A dark and disturbing tale set in London's gritty underbelly, The Eighth Girl asks big questions about identity, truth and society."--Adam Hamdy, author of Black 13

"I am so impressed. I love Chung's writing: The sheer joy she takes in the tones of the separate personalities, and the skill of her negotiation of what is actually a very complicated plot. It's a brave and ambitious book."--Sabine Durrant, author of Remember Me This Way
PostTweetShare Share with WhatsApp Share with Messenger
Community Updates
1 Comment
Post a comment