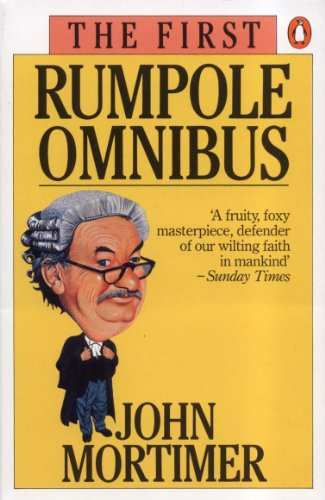 Never read any of these, but thought 99p for the first omnibus was a good place to
start.

'One of the great comic creations of modern times' Evening Standard

Who rose to enduring fame on Blood and Typewriters, told the pregnant Portia of the Chambers it would come out in the end, advised Guthrie Featherstone, Q.C. to adopt a more judicial attitude, returned in the tender gloaming of each evening - via Pommeroy's and a glass of Chateau Fleet Street - to She Who Must Be Obeyed? The answer is Horace Rumpole whose legal triumphs, plundering sorties into the 'Oxford Book of English Verse' and less-than-salubrious hat are celebrated here in this first omnibus edition which includes 'Rumpole of the Bailey', 'The Trials of Rumpole' and 'Rumpole's Return'.