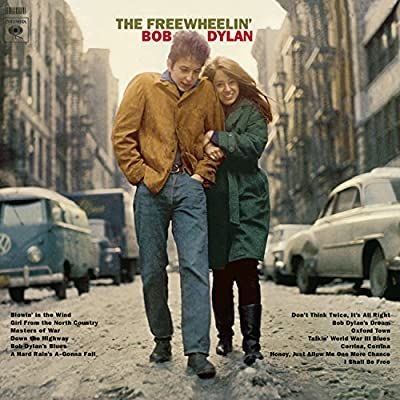 Second studio album by American singer-songwriter Bob Dylan, released on May 27, 1963 by Columbia Records. Whereas his self-titled debut album Bob Dylan had contained only two original songs, Freewheelin' represented the beginning of Dylan's writing contemporary words to traditional melodies. Eleven of the thirteen songs on the album are Dylan's original compositions.