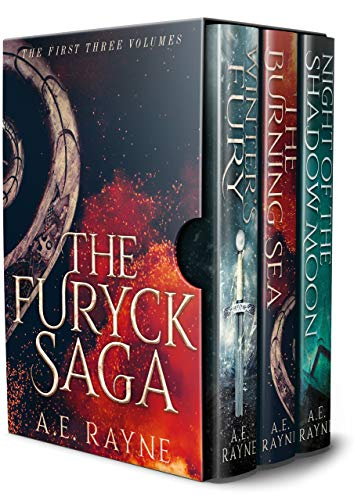 I posted the first book a short time back, now the first three are free. There are 6 books in the series, all are available with a Kindle Unlimited subscription.

Jael Furyck isn’t happy.
Her father is dead. Her uncle has stolen the throne.
And now he wants to marry her off to the fallen son of her arch-enemy.
But Jael is a battle-hardened warrior, trained to kill since she was ten-years-old.
She doesn’t plan on being anyone’s wife.

Eadmund Skalleson is drunk.His father is threatening him with a wife again.
And this time he’s given him an ultimatum.
Marry Jael Furyck or your brother returns from exile.
But if Eadmund was ever going to choose a wife, it wouldn’t be Jael Furyck.

Not her. Not ever.

But if Eadmund was ever going to choose a wife, it wouldn’t be Jael Furyck.

Not her. Not ever.
PostTweetShare Share with WhatsApp Share with Messenger
Community Updates
Amazon DealsAmazon discount code
New Comment Subscribe Save for later
3 Comments
24th Jan
thank you, these look a good read.
24th Jan
Had to read the title twice
24th Jan
Thanks.
That cover of the first book!