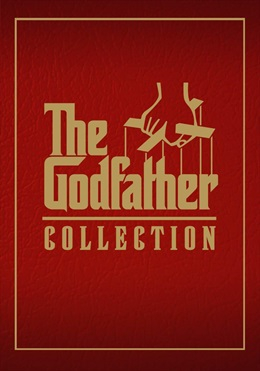 The Godfather Trilogy HD Digital from Sky Store for £9.99, cheapest I’ve seen it for a while.

Trailer
Robert De Niro won his first Oscar as a young Don Corleone, with Al Pacino as his ruthless successor, in this mighty Mob epic.

The concluding chapter of Francis Ford Coppola's epic trilogy charts the final transition from criminality to legitimacy for the Corleone family.
PostTweetShare Share with WhatsApp Share with Messenger
Community Updates
Sky Store Deals
New Comment Subscribe Save for later
5 Comments
27th Jan
I'm tempted. I only spend on Sky Store with vouchers, and I only have £8 credit.

I have still to get round to watching the first Godfather film. But I hear it's good. Hoping another deal comes round for Sky Store vouchers soon.
27th Jan
Bought these on bluray a while back brilliant movies
27th Jan

If you only want to watch them, they are currently on NowTV with a free 7-day trial: nowtv.com/gb/…hop

For it to be completely free though, you'll also need to have the NowTV app on your smart TV or a NowTV box/stick or other entertainment box/stick that has it.
27th Jan
Top movies
28th Jan
Da best! 🔥🔥