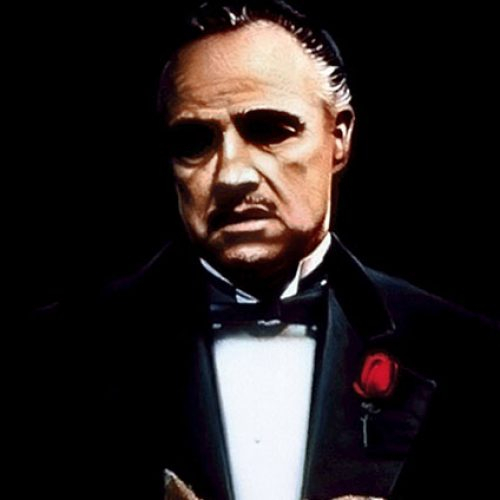 Great price for the Godfather Trilogy in HD.

Francis Ford Coppola's epic masterpiece features Marlon Brando in his Oscar ®-winning role*as the patriarch of the Corleone family. Director Coppola paints a chilling portrait of the Sicilian clan's rise and near fall from power in America, masterfully balancing the story between the Corleone's family life and the ugly crime business in which they are engaged. Based on Mario Puzo's best-selling novel and featuring career-making performances by Al Pacino, James Caan and Robert Duvall, this searing and brilliant film garnered ten Academy Award® nominations, and won three including Best Picture of 1972. 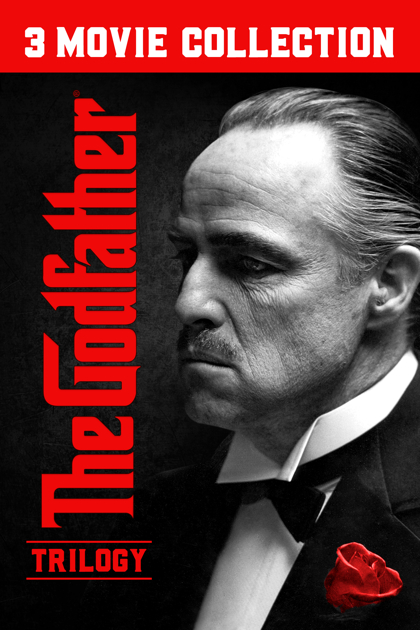 PostTweetShare Share with WhatsApp Share with Messenger
Community Updates
ITunes Store DealsITunes Store voucher
New Comment Subscribe Save for later
Top comments
24th Apr
Now this is an offer you can't refuse
24th Apr
Excellent deal! I really ought to think about turning off these iTunes deals notifications, as this is another situation where I don’t need to buy it, don’t know when I’ll watch it, but can’t resist the deal!
24th Apr
Itunes....Just when I thought I was out, they pull me back in
43 Comments

deleted641220
24th Apr
Heat, m8. GREAT find!
24th Apr
It has been on my wish list for a while... Thanks!
24th Apr
Decent deal
24th Apr
Bought this earlier. Heat added
24th Apr
Now this is an offer you can't refuse
24th Apr
Excellent deal! I really ought to think about turning off these iTunes deals notifications, as this is another situation where I don’t need to buy it, don’t know when I’ll watch it, but can’t resist the deal!
24th Apr
As this is so much money, I hope this is the paintakingly restored version with all the extras?. I have a real copy on Bluray which I can watch anywhere any time. It is excellent
Edited by: "jasee" 24th Apr
24th Apr
Maybe worth noting these are The Coppola Restoration versions of the films
24th Apr

Cant watch a blu-ray on your phone or tablet
Edited by: "johnwillowlfc" 24th Apr
24th Apr

These are the Coppola Restorations and do have iTunes extras (1 & 2 over 2 hours of extras each and 3 has around 30 minutes of extras).
24th Apr

Cant watch h a blu-ray on your phone or tablet

Not worth it really, you need to feel the quality on a proper screen where you can appreciate the differences between the three films
Edit: IF the itunes version is the same
Edited by: "jasee" 24th Apr
24th Apr

I agree, just giving you an excuse to buy it again
24th Apr

I agree, just giving you an excuse to buy it again

Just make sure you have 9 hours free to go through them!
24th Apr
Why doesn't the playstore have these offers. Itunes are almost always have better deals. So frustrating
24th Apr

Because Apple is better
24th Apr

Because Apple is better

Lol. Complete the sentence. At? 😁 I suppose it evens out. The people who buy the phones are subsidising the movie store. £1400 on a phone, no thanks. Suppose i could buy much more movies with the difference
24th Apr

‘At........offering cheaper prices than the playstore’
You asked the Question when it appears you have already assumed the answer....
There’s probably a fair amount of people with ATV that don’t necessarily own an iPhone, purely because of the great iTunes movie deals. However, they may also have an iPad seeing as it’s almost unanimously agreed to be the best tablet, so can watch on there too or download to it when on the move.
And why £1400 on a phone? You can get the latest iPhone SE for just over £400, and the latest iPhone 11 too for way less. Not sure where you’re shopping if you’re limited to £1400 Minimum for an iPhone
Edited by: "ghow007" 24th Apr
24th Apr
Itunes....Just when I thought I was out, they pull me back in
24th Apr

Itunes....Just when I thought I was out, they pull me back in

There’s no way of escaping too many good deals, free 4K upgrades and Dolby Atmos. ATV has been a great buy for me, and I can’t see Apple going anywhere soon, so am happy my purchases will remain with me (cue the ‘don’t be so sure, I lost my xxxxx purchase’).

These are on Sky movies in 4K? Why aren’t these 4K?
27th Apr
Luca Brasi held a gun to his head, and my father assured him that either his brains -- or his signature -- would be on the contract. That's a true story. That's my family, Kay. It's not me.
27th Apr
They're available on amazon at the moment . How many times do people rewatch films to make it worthwhile buying them in digital format? Physical media I can understand but the complications over digital just doesn't seem to make it worthwhile
27th Apr

Is there a 4K version? Anyway to get it on Sky you need the 2tb box and the right subscription which sucks.
28th Apr

The Godfather (1972)The obvious choice here, Francis Ford Coppola’s The Godfather is often ranked the best film of all time. AFI lists it third only behind Citizen Kane (1941) and Casablanca (1943), and its sequel The Godfather Part II is ranked No. 32 out of 100. Last summer, Paramount brought us The Godfather Trilogy: Corleone Legacy Edition on Blu-ray. But what we really need is The Godfather Trilogy: Corleone Legacy Edition on Ultra HD Blu-ray!
Edited by moderator: "trimmed link" 28th Apr
28th Apr
Should read "Francis Ford Coppola's epic masterpiece and the third film"
28th Apr
Watching it now, still really good. Fantastic value
28th Apr
One thing that irks me is this. The godfather is classed as being one of the best films of all time (IMDb). However, how come is the book never on a top 100 list? Now, the film is a fine film, don’t get me wrong, but the book is far superior imho.

As for the deal. Not sure I would pay a tenner to apple for the use of the films, and let’s be honest it’s 2 films for a tenner as no one should have to go through the third film, even sarcastically (I’ve tried). I’d find them on dvd or watch them on Netflix. Not voted either way
28th Apr

Yeah, the film's are great but the book is better. I also found that watching the film first didn't take away from the book when I subsequently read it. It might have added to it as the characters were already formed, there is just far more superb back story that they couldn't cram into two long movies.... The third movies is a real 'fredo' 😃
Edited by: "Wolfylee" 28th Apr