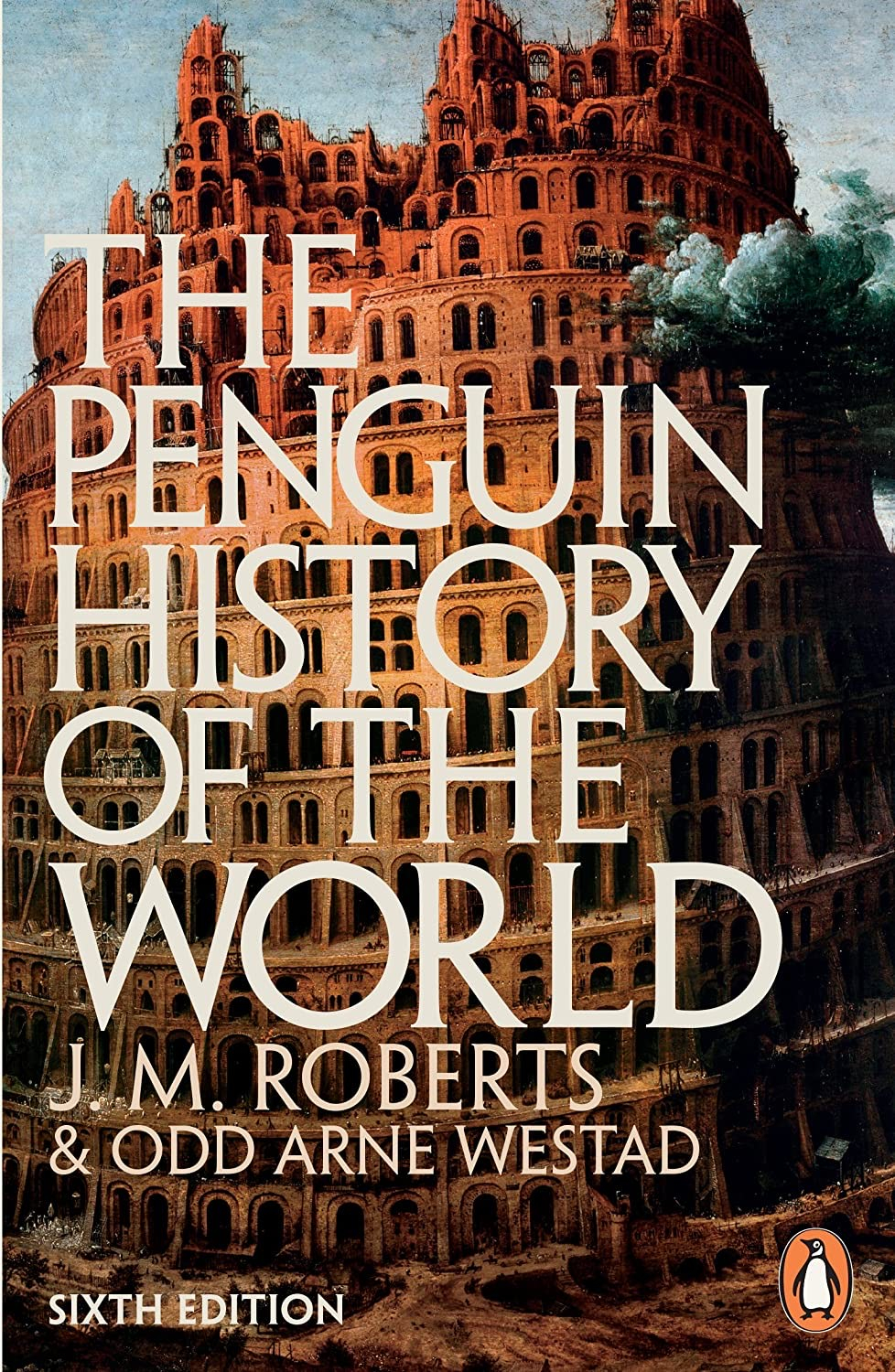 This is a long read at 1189 pages but would be a great reference tool for school kids and big kids.

I don’t know the history of Penguin or the co-writers (JM ROBERTS & ODD ARNE WESTED) however like all written history I would expect it’s only half of the story. However that being said I’m sure it’s interesting for less than two quid and has plenty of positive reviews.

This is a completely new and updated edition of J. M. Roberts and Odd Arne Westad’s widely acclaimed, landmark bestseller The Penguin History of the World.

For generations of readers The Penguin History of the World has been one of the great cultural experiences - the entire story of human endeavour laid out in all its grandeur and folly, drama and pain in a single authoritative book. Now, for the first time, it has been completely overhauled for its 6th edition - not just bringing it up to date, but revising it throughout in the light of new research and discoveries, such as the revolution in our understanding of many civilizations in the Ancient World. The closing sections of the book reflect what now seems to be the inexorable rise of Asia and the increasingly troubled situation in the West.

Odd Arne Westad, FBA, is Professor of International History at the London School of Economics. He has published fifteen books on modern and contemporary international history, among them The Global Cold War, which won the Bancroft Prize, and Decisive Encounters, a standard history of the Chinese civil war. He also served as general co-editor of the Cambridge History of the Cold War.

‘A work of outstanding breadth of scholarship and penetrating judgements. There is nothing better of its kind’ Jonathan Sumption, Sunday Telegraph

‘A brilliant book ... the most outstanding history of the world yet written’ J.H. Plumb
PostTweetShare Share with WhatsApp Share with Messenger
Community Updates
Amazon DealsAmazon discount code
New Comment SubscribeSave for later
6 Comments
18th Jul
Good price for what I'm sure is a good book. Not sure I'll ever get used to using electronic books as reference material though. As a bathroom book you want something to pick up and flick through.
18th Jul
Penguins know stuff
19th Jul
I like penguins, I might buy it to learn more about them ‌
19th Jul

I heard, that they are a nasty bunch.
19th Jul
Don't buy it. It is all about Greece.

I heard, that they are a nasty bunch.

Sounds a bit fishy to me