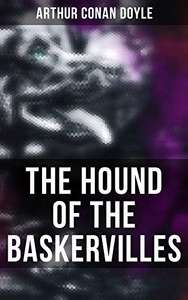 Dr. James Mortimer asks Sherlock Holmes to investigate the death of his friend, Sir Charles Baskerville. Sir Charles was found dead on the grounds of his Devonshire estate and Mortimer now fears for Sir Charles's nephew and sole heir, Sir Henry Baskerville, who is the new master of Baskerville Hall. The death was attributed to a heart attack, but Mortimer is suspicious, because Sir Charles died with an expression of horror on his face, and Mortimer noticed "the footprints of a gigantic hound" nearby. The Baskerville family has supposedly been under a curse since the era of the English Civil War when ancestor Hugo Baskerville allegedly offered his soul to the devil for help in abducting a woman and was reportedly killed by a giant spectral hound. Sir Charles believed in the curse and was apparently fleeing from something in fright when he died.