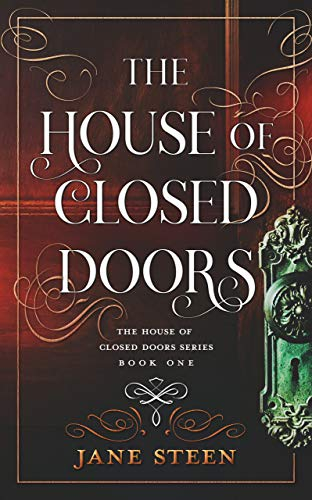 DjMonki
4Get deal*Get deal*
225°
The House of Closed Doors by Jane Steen (Book 1) - Kindle Edition Free @ Amazon
Get*Get deal*
Posted 11th Apr 2021
Heedless. Stubborn. Disgraced.
Small town Illinois, 1870: "My stepfather was not particularly fond of me to begin with, and now that he'd found out about the baby, he was foaming at the mouth"

Desperate to avoid marriage, Nell Lillington refuses to divulge the name of her child's father and accepts her stepfather's decision that the baby be born at a Poor Farm and discreetly adopted.

Until an unused padded cell is opened and two small bodies fall out.

Nell is the only resident of the Poor Farm who is convinced the unwed mother and her baby were murdered, and rethinks her decision to abandon her own child to fate. But even if she manages to escape the Poor Farm with her baby she may have no safe place to run to.

Reviews
"I cannot praise Jane Steen enough for her ability to build a world that captures every essence of an era. She was able to take the singularly focused plot of an unwed teen and wrap her journey with the social, political and cultural values of the day. Within this framework the reader is given an eyewitness experience into the daily realities of homemaking, transportation, fashion, society's value of women and those less fortunate as well historical events such as commerce, war and the Chicago fire."--Amazon reader

"I loved this book. It was well written and well edited. The story captured me on the first few pages and held my interest to the last page. I forced myself to close the book at midnight! Moves nicely along from scene to scene. Some of the heroine's choices were not what I expected and when I thought I had unraveled the whole mystery, I hadn't. Just an overall satisfying reading experience! Loved it."--Amazon reader

"Engrossing historical fiction that really stays with the characters (who are well-crafted) and doesn't go for the obvious cliches. I loved Nell, the protagonist, and so many others...Martin and Tess especially. I admit I kind of wanted it to end a certain way, but the ending the author chose was a braver one for Nell, and more true to who she'd been throughout the novel. The historical backdrop was interesting, but it was the character work that really drew me in, and the mystery."--Amazon reader

"I couldn't put the kindle down. I just had to know what was going to happen. The story draws you in and makes you feel connected to the characters."--Amazon reader

"Extremely well written story! I couldn't put it down, and pulled an all-nighter reading it. I was mesmerized by this story, and captivated by the depth of characterization."--Amazon reader --This text refers to the paperback edition.
PostTweetShare Share with WhatsApp Share with Messenger
Community Updates
4 Comments
Post a comment