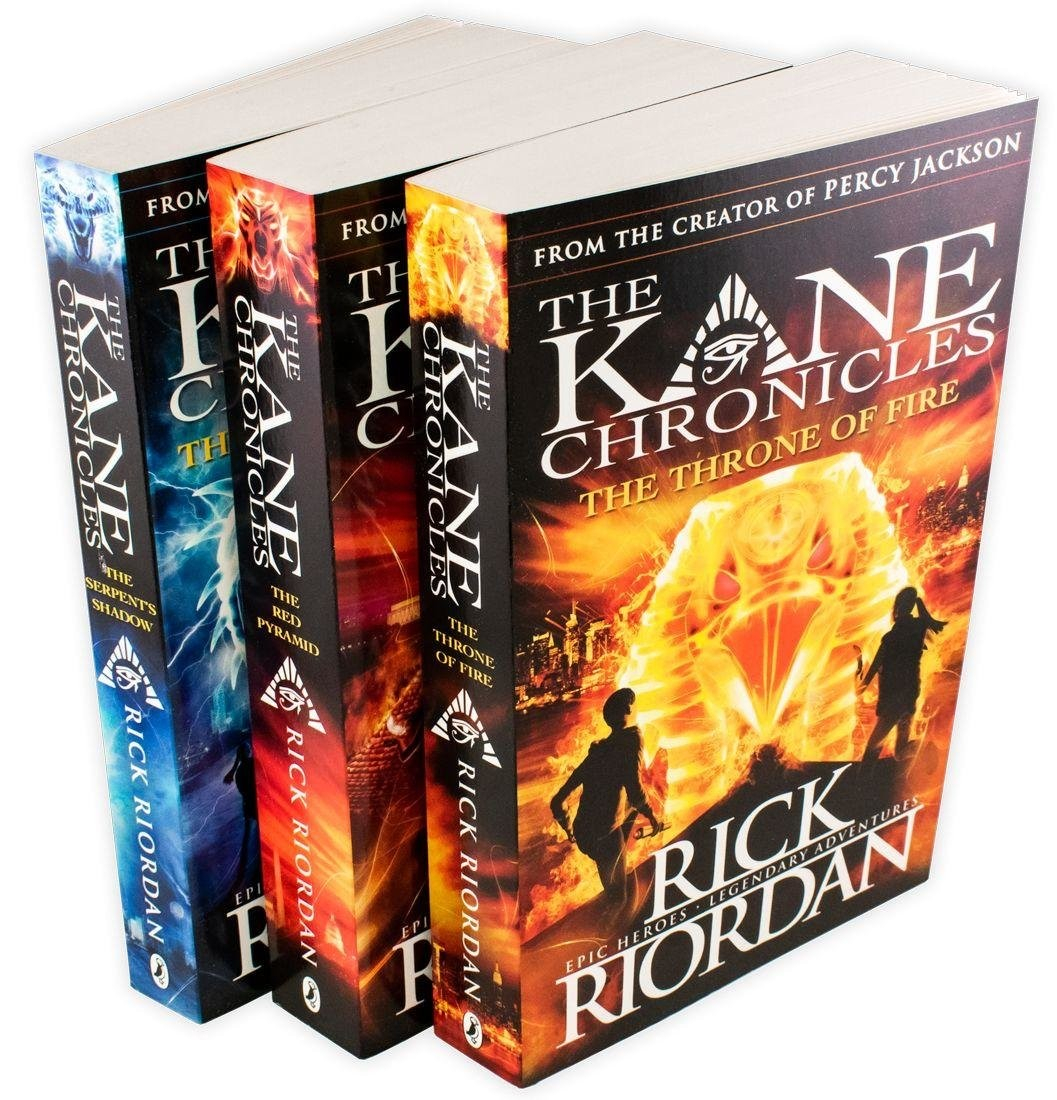 Excellent price for 3 books as follow up to the Percy Jackson saga. Cheapest around.

Percy Jackson fought Greek Gods. Now the Gods of Egypt are waking in the modern world...Ever since the gods of Ancient Egypt were unleashed on the modern world, Carter Kane and his sister, Sadie, have been in big trouble.

Titles In This Set

The Kane Chronicles: The Throne of FireThe Kane Chronicles: The Red PyramidThe Serpent's Shadow (The Kane Chronicles)
Descriptions
1) The Serpent's Shadow
Despite their bravest efforts, Apophis, the giant snake of Chaos, is still threatening to plunge the world into eternal darkness. Now the Kanes must do something no magician has ever managed - defeat Apophis himself. No pressure there then.
2) The Throne of Fire
As descendants of the magical House of Life, they command certain powers. But now a terrifying enemy - Apophis, the giant snake of chaos - is rising.
3) The Red Pyramid
Set imprisons Dr Kane in a golden coffin and Carter and Sadie must run for their lives. To save their dad, they embark on a terrifying quest from Cairo to Paris to the American South-west and discover the truth about their family's connection to the House of Life: an Egyptian temple of magic that has existed for thousands of years
PostTweetShare Share with WhatsApp Share with Messenger
Community Updates
Books2door DealsBooks2door Discount Codes
New Comment Subscribe Save for later