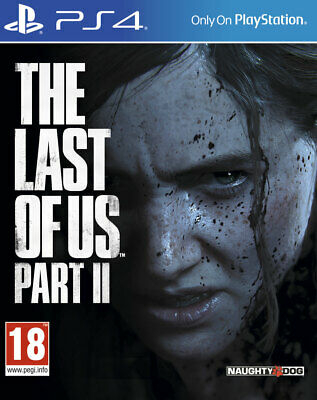 More The Last of Us Part II deals 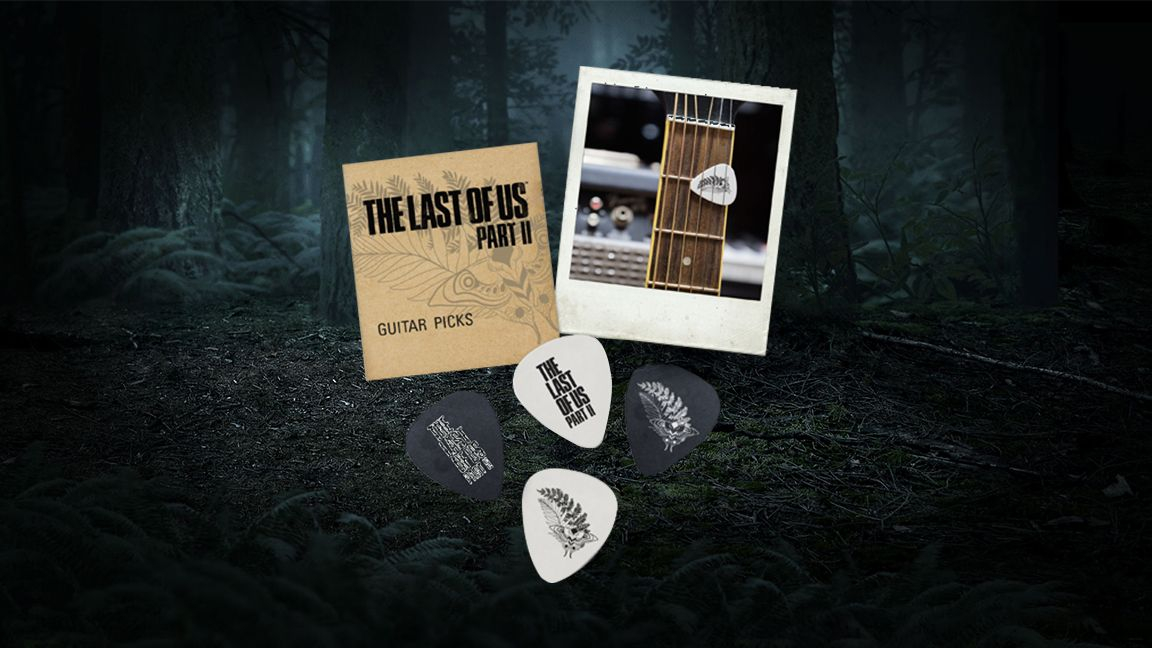 I can’t tell you how satisfying it is to finally be able to say that Ellie and Joel are back for another intense, harrowing, and emotional adventure. Like many of you, we have a deep love for the world of The Last of Us and its characters, and while a sequel may have seemed like a foregone conclusion, it wasn’t the case. We knew that it needed to be a story worth telling and, perhaps more importantly, a story worthy of Joel and Ellie. After spending years on different ideas (and almost giving up), we finally uncovered a story that felt special—a story that evolved into an epic journey.

It’s still early days for the project--the game’s release is a ways off--but we couldn’t wait any longer to give you a glimpse of what’s to come. We’re going to let the trailer speak for itself, but expect more information about The Last of Us Part II in the coming months.

Until next time, endure and survive!

Neil Druckmann
Director, The Last of Us Part II"

Five years after their dangerous journey across the post-pandemic United States, Ellie and Joel have settled down in Jackson, Wyoming. Living amongst a thriving community of survivors has allowed them peace and stability, despite the constant threat of the infected and other, more desperate survivors. When a violent event disrupts that peace, Ellie embarks on a relentless journey to carry out justice and find closure. As she hunts those responsible one by one, she is confronted with the devastating physical and emotional repercussions of her actions.

A Complex and Emotional Story
Experience the escalating moral conflicts created by Ellie’s relentless pursuit of vengeance. The cycle of violence left in her wake will challenge your notions of right versus wrong, good versus evil, and hero versus villain.

A Beautiful Yet Dangerous World
Set out on Ellie’s journey, taking her from the peaceful mountains and forests of Jackson to the lush, overgrown ruins of greater Seattle. Encounter new survivor groups, unfamiliar and treacherous environments, and terrifying evolutions of the infected. Brought to life by the latest iteration of the Naughty Dog engine, the deadly characters and world are more realistic and meticulously detailed than ever before.

Tense and Desperate Action-Survival Gameplay
New and evolved gameplay systems deliver upon the life-or-death stakes of Ellie’s journey through the hostile world. Feel her desperate struggle for survival through improved features such as high-intensity melee combat, fluid movement, and dynamic stealth. A broad variety of weapons, crafting items, skills, and updates allows you to personalize Ellie’s capabilities to your play style.
PostTweetShare Share with WhatsApp Share with Messenger
Community Updates
EBay DealsEBay discount code
New Comment SubscribeSave for later
Top comments
1st Jun
No spoilers. From what I have heard and read, Mr Drukman and Naughty Dog is hiding the fact that you will play as another character at points. Also some of your favourite character arcs have been Rian Jonson'd. Not saying that you won't like the game, but Anita Sarkeesian was apparently also involved. Not a good sign.
1st Jun 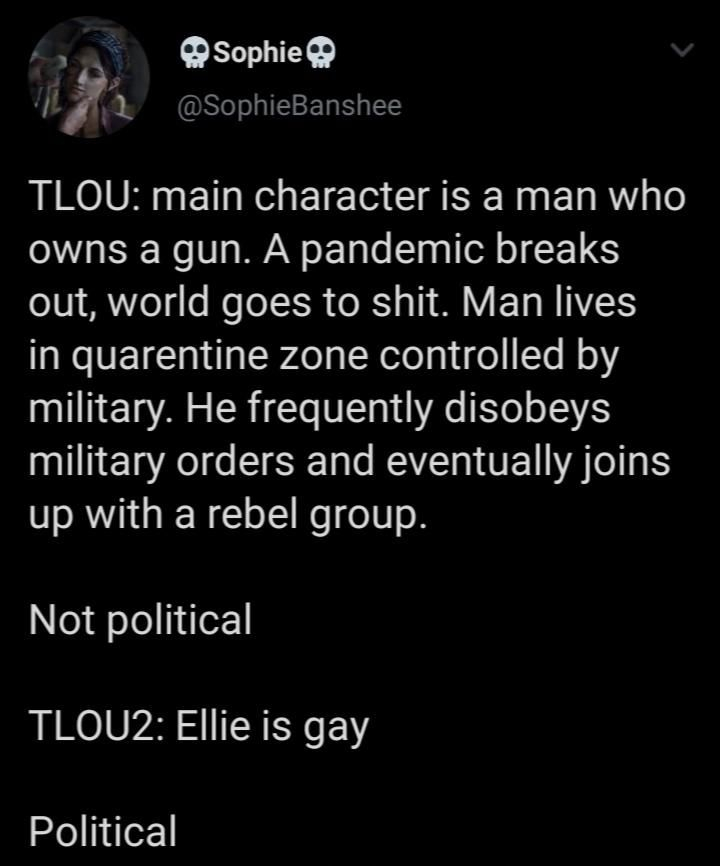 I get that some fans are hating on it because Ellies gay and another protagonist that shall remain nameless. But people are accusing everyone that doesnt like the plot that was leaked of being homophobes and bigots

That isnt my issue at all. I just wanted a better story arc after getting so invested in the original and its characters
154 Comments
1st Jun
Heat, good price!

Anyone had any experience with these for release day delivery? Ordered other stuff from them before but never a pre order
1st Jun
Good spot, thanks! What's the likelihood of having this delivered on the day of release?
1st Jun
Great price. Looks like delivery is between 23rd and 25th June which is a shame. Does anyone have experience ordering from the Game Collection on Ebay and receiving a game on release date?

Dont really want to get the game almost a week after release.
1st Jun
Hi, another Game Collection related query. Have I dreamt that the games sometimes have foreign language covers??
1st Jun

Pre-Ordered with them multiple times, always arrived on day of release!
1st Jun
I ordered the Witcher 3 from eBay and it took a few days to arrive. The normal website is always next day for me though.
1st Jun

Pre-Ordered with them multiple times, always arrived on day of release!

Through ebay or their actual website?
1st Jun
Thank Mixi, this is the best physical price I've seen in a while. In before the whinging "they ruined the story" crowd.

I nearly bought it from the ps store using reduced credit but then decided as it's just single player, I'll buy it, play through it once and then sell it for a similar price... Then maybe rebuy on the inevitable PS5 release, as happened last time.

I really don't understand the lack of multi player on this... The original ones online was so, so good, well balanced and tactical. If you had 3 friends to play with it was absolutely brilliant fun.
1st Jun

The actual website. I'm not sure how different ordering it from e-bay would be to be honest. I saw a comment from someone saying they ordered through e-bay and it took a couple of days rather than next day but this may be due to covid-19 more than the platform as I ordered a game on their website on Wednesday and it arrived today.
1st Jun
Oh thank you for posting, been shopping around for a week now the price just seemed to be going up and up, finally pre ordered, can't wait 😁
1st Jun

eBay delivery estimates has nothing to do with the retailers.

No you have not. They also sell import copies some times on their outlet, but they do mention "import" in the title. This is not one of them.

TGC and TGC outlet are the same source. No difference between either of them. TGC outlet is TGC selling on eBay otherwise they are not two different entities.
1st Jun
No spoilers. From what I have heard and read, Mr Drukman and Naughty Dog is hiding the fact that you will play as another character at points. Also some of your favourite character arcs have been Rian Jonson'd. Not saying that you won't like the game, but Anita Sarkeesian was apparently also involved. Not a good sign.
1st Jun
Woo, thanks! Used some nectar voucher too... Hopefully it will arrive around release date.
1st Jun

Thanks very much. Ordered. The first is my favourite game so (spoilers avoided until now) fingers crossed.
1st Jun 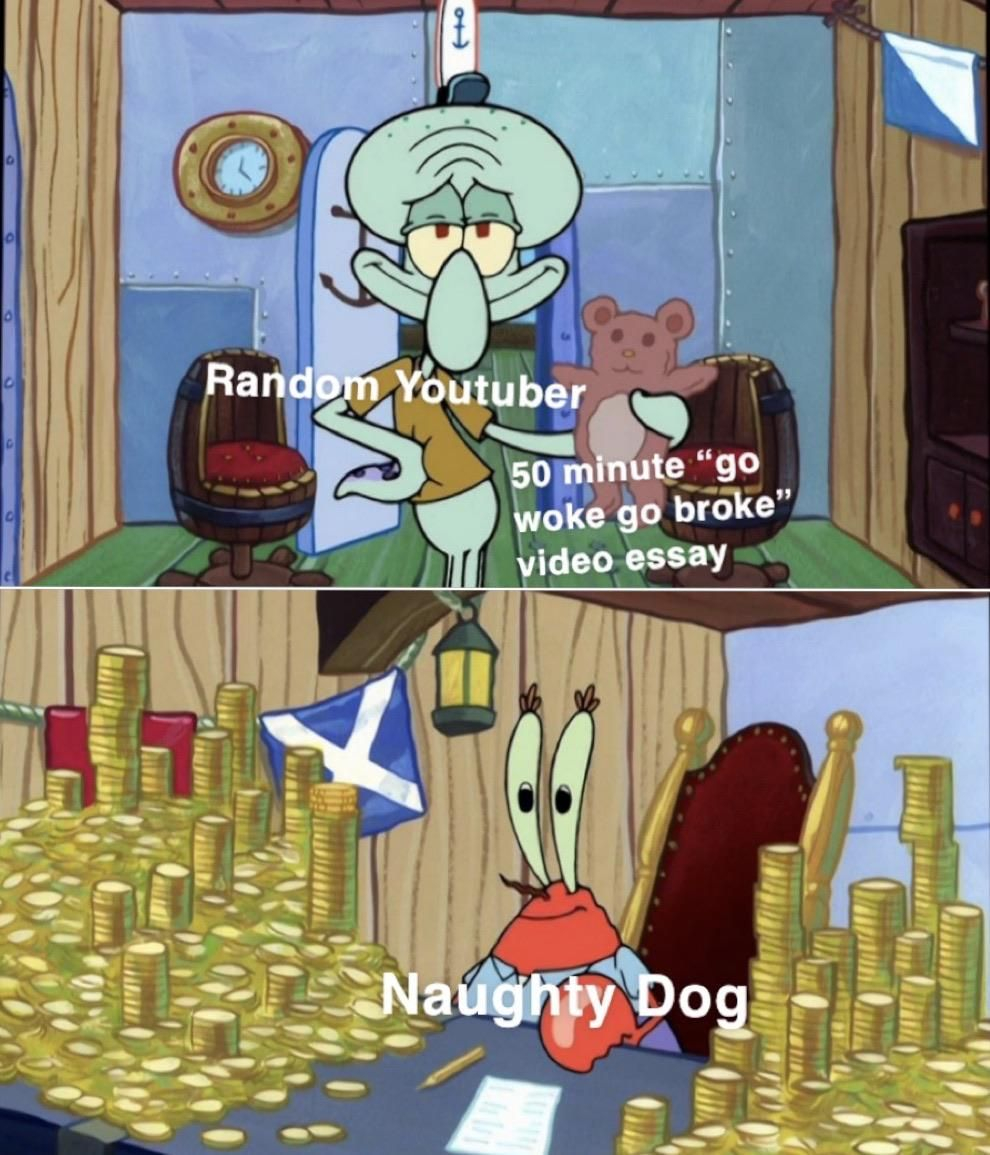 1st Jun
no pre-orders to avoid disappointment, I don't know why you would pre-order games given most of it is now digital delivery and thus would have no stock issues.

Also Naughty dog hiring goons to false flag youtube channels for bad coverage is poor show, I'll be giving this a skip. At least until the reviews come out.
1st Jun

All irrelevant really.
------
On topic, good price, risky to get it for release day though.
1st Jun

Why are you liking your own comment?
1st Jun

Block/Report and move on. This site belongs to trolls and has done for years, mods are like the appendix of HUKDs, they don't work and eventually they will blow up killing the site.
1st Jun

I got Final Fantasy 7 and Persona 5 Royal days early and before the official / digital release... off a preorder.
Either way, physical is the better option. If you're super desperate to not have to wait at all, then you're forced to go digital... which you can always do... last minute and then return your physical copy.
1st Jun

Copies are in the hands of reviewers now and they can post reviews from 12th June, a week before release. Perfect for you to then choose whether you want to buy or not, pre-order or wait.
1st Jun
Oof?
1st Jun
Got one just in time, thanks.
1st Jun

You're not wrong. I ordered games from both them and ShopTo in the past and it looked like they had been imported from somewhere else. I tried to trade them in at Game, and I believe they wouldn't scan properly and wouldn't take them.
1st Jun

Anita? is that you??

Wow. Male fantasy power games lol. That's it, stick it to all those hateful men lol.

Oh no. That remark cut me to the very core of my being. I'm now officially shook lol

I get that some fans are hating on it because Ellies gay and another protagonist that shall remain nameless. But people are accusing everyone that doesnt like the plot that was leaked of being homophobes and bigots

That isnt my issue at all. I just wanted a better story arc after getting so invested in the original and its characters
1st Jun
Anyone know if the plectrums are available to buy anywhere else? I've already got the LE ordered so don't need another copy of the game, but those look nice
1st Jun

Completely irrelevant as you have to play a game, not read or watch.
Some people's opinions on plot points that upset them has no certain bearing on gameplay. Will the game itself be good? Those people have no idea, their opinion is irrelevant. Fans of the first game, should perhaps just PLAY this game.
1st Jun

I believe ShopTo are bundling those with copies as well, but just as ShopTo do... they want full whack on price.
1st Jun

Any Simply Games. I nicked that description picture from them.