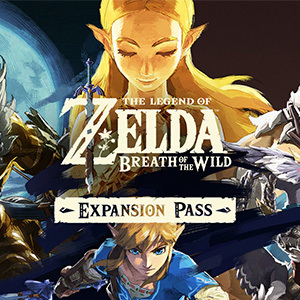 More The Legend of Zelda: Breath of the Wild deals

Instructions to avoid confusion : Follow the link provided and select expansion pass, this will say £17.99 but when you proceed to purchase after entering password it will be £12.59. Alternatively buy from the console. Do not select ' Proceed to UK store ' as this takes you away from the eShop to the Nintendo UK store which is a different site, with no discount.

• Three treasure chests with in-game clothing exclusive to the expansion pass will be added to the Great Plateau.

Trial of the Sword

Visit a certain location to challenge the Trial of the Sword, where you must vanquish waves of enemies to progress from one room to the next. You will start this challenge without any armor, equipment, or food items to aid you. If you complete all 45 rooms, Link's mind and body will be strong enough to wield the Master Sword's full power and splendor any time the sword is usable!

View the path you've taken on your journey. It will record your journey for up to 200 hours of gameplay. Use this feature to find shrines and Koroks! You can even manually adjust the replay speed.

In Master Mode, most enemies you encounter will be one tier higher than they originally were. There is also a new top tier of enemies that don't appear in Normal Mode! Additionally, enemies will recover health if you stop attacking them, and they will also notice Link more easily. You also might find enemies and treasure chests floating in the air! 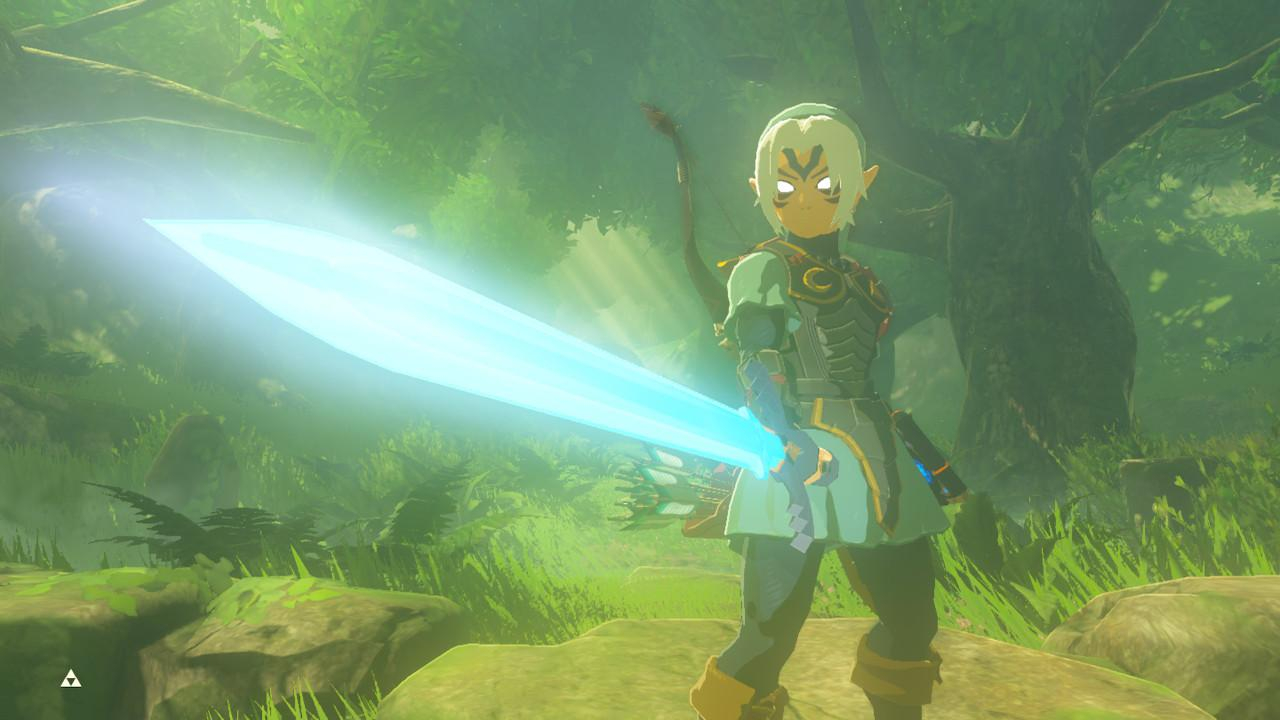 The Travel Medallion will be hidden in a treasure chest somewhere. Place it at your current location and you will be able to travel there whenever you please. You can only register one location at a time, but this addition should aid you in your journey.

Items honoring the legacy of The Legend of Zelda series (Majora's Mask, Midna's Helmet, Tingle's Hood, Tingle's Shirt, Tingle's Tights, Phantom Helmet, Phantom Armor, and Phantom Greaves) will be hidden in 8 treasure chests scattered across Hyrule. There are hints to help you find these items hidden somewhere as well. Search for these hints and treasures while you journey across Hyrule!

The Korok Mask is an item that will be hidden in a treasure chest somewhere in Hyrule, and unlike the 8 items mentioned above, this one has a special ability. When Link wears this mask, it will shake when a hidden Korok is nearby!

A mysterious voice beckons Link to challenge the Divine Beast Tamer's Trials. He must now prove himself by defeating enemies using the One-Hit Obliterator, conquering new Shrines, challenging a full dungeon, and overcoming many trials along the way. Once all challenges and trials have been bested, Link will obtain a new power known as the Master Cycle Zero!


Additionally, the bard Kass is traveling Hyrule to complete the unfinished song his teacher left behind. As Link and Kass chase their respective goals, Kass will share new original songs he wrote capturing lost memories of the four Champions and Zelda, previously unknown to Link. But that unfinished song... What could it be?


*To play The Champions' Ballad, you must first complete the Main Quest to free the four Divine Beasts.

The Ancient Bridle will increase a horse's number of spurs while equipped. The Ancient Saddle will allow you to call your horse no matter how far away they are. Both of these items will appear in treasure chests somewhere in Hyrule. 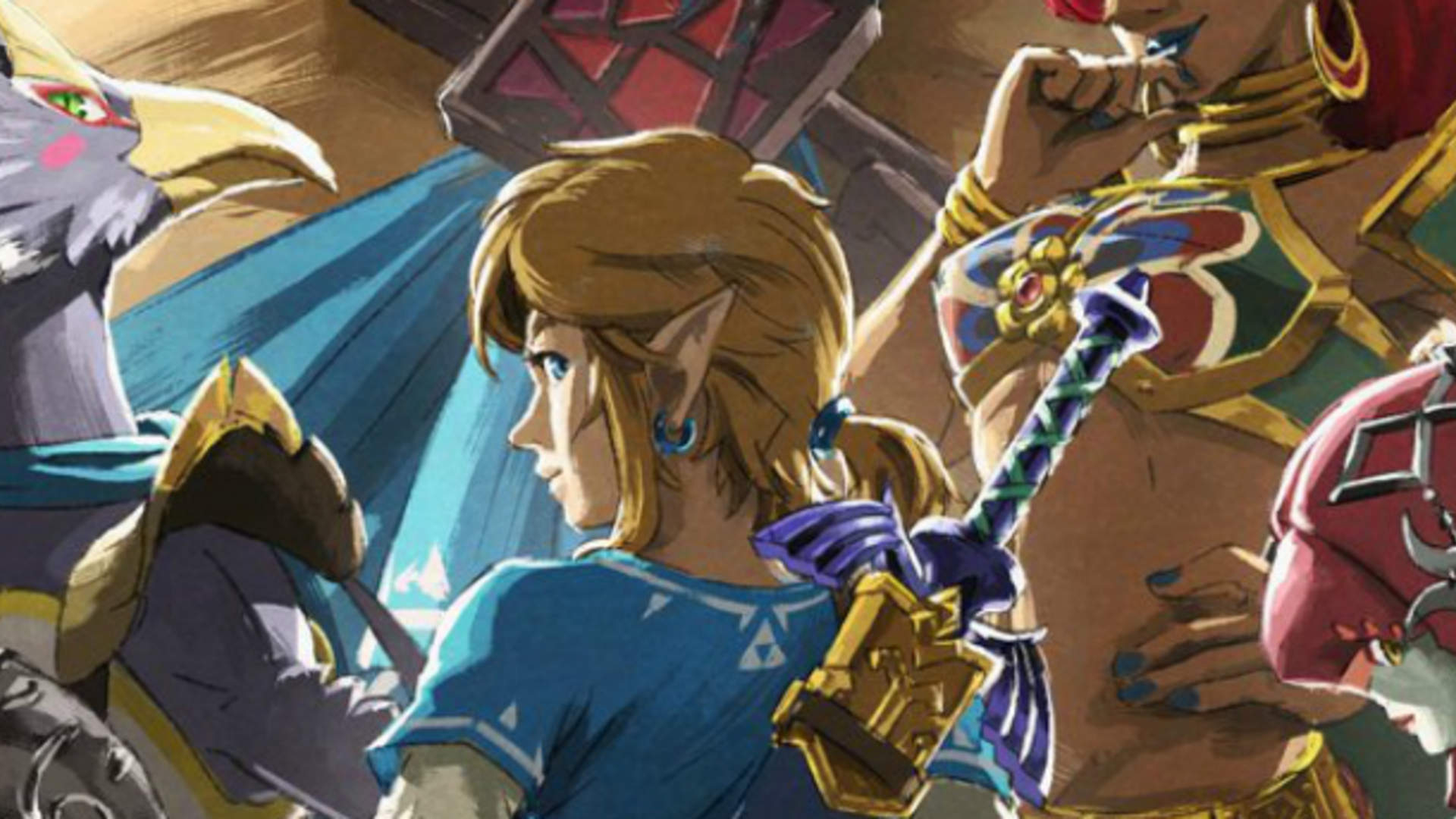 Is it worth it?

Yeah, i loved it.

The challenges can get really intense. Espically in Master Mode.
9th Apr
It's £17.99 for me, where are you seeing it cheaper?
9th Apr

I found this game quite challenging at times without a master mode.
9th Apr

I found this game quite challenging at times without a master mode.

Yeah, thats for sure.

I want to do the boss with no temple powers added next.
9th Apr
Thanks mate
9th Apr

Are you on the South African store? I think that's where this deal was found
9th Apr
I'm at payment method and it still says £17.99??
9th Apr

It's reduced in both stores

Which stores? Is that SA and Uk?
9th Apr

Which stores? Is that SA and Uk?

Yeah, all of EU
9th Apr
Not showing reduced at checkout for me 🤷
9th Apr

Not showing reduced at checkout for me 🤷

You're on the wrong site
9th Apr

Yeah, all of EU

Why did you say yeah to my question?
9th Apr

Why did you say yeah to my question?

You've bought it from the wrong place
9th Apr

You've bought it from the wrong place

I get it, but for others can you be more specific. I asked you a question, and you said yeah, so I bought it. I also followed the link you provided. I was following your advice.
9th Apr
Only seeing £17.99 even at checkout
9th Apr

I was. It's on sale in UK and EU. Follow the link, press menu, choose expansion pass, input password and it's reduced. You ve bought it from a different Nintendo site, not the eShop
9th Apr
Beat this game a couple years ago, just started replaying recently on Master Mode. Still very fun and challenging, most enemies kill you in one hit at the start though, gotta keep improving your strategies or you get nowhere. Still 10/10 and worth an extra £12.59 or £10.19
9th Apr
Just realised it’s only through the store on switch. Not via the link provided...
9th Apr
Badda bing, badda bang! Thank you!
9th Apr

Thanks for the help!
9th Apr

The link works fine if you select expansion pass from the menu, then go to checkout. It's possible to provide a link that goes direct to someone's basket without the ability to see what you're buying, so the only way to link it is to provide the link for the game and then people just need to select expansion pass from menu.
ec.nintendo.com/bundle_purchase_confirm?bundle=70070000000042

This link will put the item in your basket, but you can't see what it's for, that's why I linked to the main game so people need to choose expansion pass from there
Edited by: "pirate1" 9th Apr
9th Apr
Purchased from my switch rather than pc ‌
9th Apr
You can buy it through your switch for £12.59
9th Apr

And via the eShop
9th Apr

Thanks for the help!

Just to clarify. The link I provided takes you to the Zelda BOTW page where you need to select expansion pass and then enter password, the discounted price will be in your basket.

I would contact them and explain what you did by mistake.

9th Apr
If you enjoyed BOTW and have already finished it, buy this and play it again. Even if it’s 18 quid it’s still worth it. The extra content lasts way longer than a quid per hour of entertainment. So long as you complete the quests available.
10th Apr

The expansion pass is £10.19 from the Soutb African eShop.